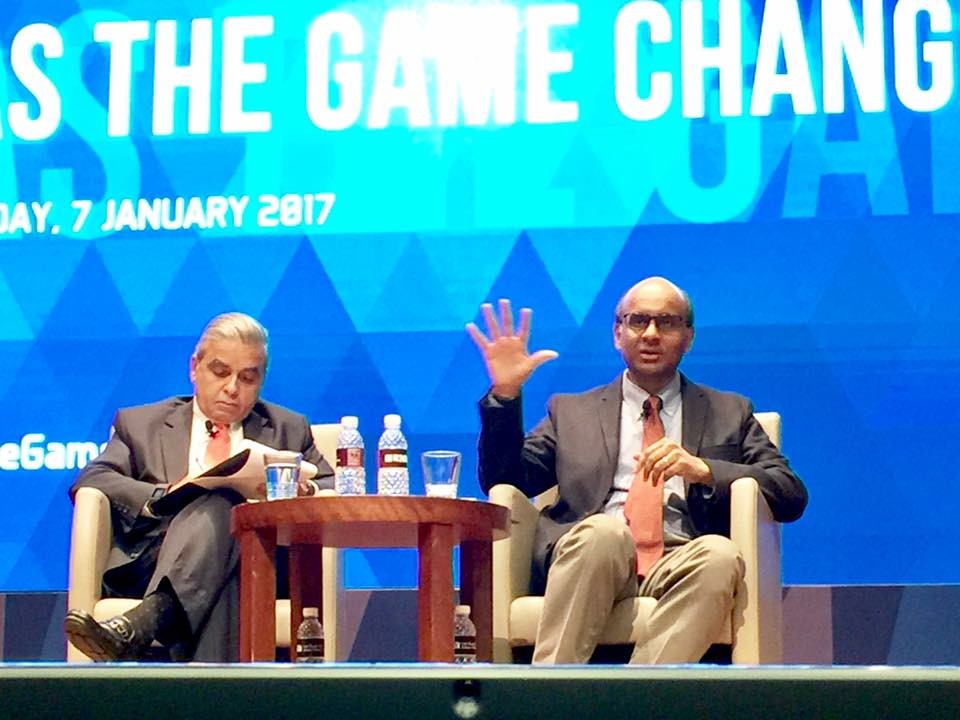 At a conference organised by the Lee Kuan Yew School of Public Policy on 7 January, Singapore’s Deputy Prime Minister Tharman Shanmugaratnam said that economic and social changes which have been brewing for a long time were the main reason which brought about the political upsets of 2016.

Said DPM Tharman, who was recently appointed as Chairman of the Group of Thirty (G30) said: “The game has been changing in much more disquieting ways … and the only surprise is how long it has taken for those underlying domestic changes in society to be reflected in politics.”

He also added how a new phenomenon in social media has further polarised society and which has reinforced biases in people.

“What we’re seeing is a polarisation in politics, with the rise of both the populist right and left, a weakening of the politics of the centre, but the same being mirrored in the media and in particular social media. So it’s not too surprising that people themselves think in increasingly polarised terms,” he added.

“What politicians say does influence how people think. And unfortunately, there is a new phenomenon in the social media. The way in which social media as a dominant media around the world today is polarised and becoming more so, and the way in which algorithms filter ‘news’ and information in a way that reinforces people’s biases is now a part of life in most democracies,” he said.

Mr Tharman also added that helping citizens “regenerate their careers” by reinvesting in them and equipping them with relevant skills, and “regenerating the politics of the centre” would be the real differentiator between countries.

DPM Tharman also said that returning to politics that is honest with the people was crucial.

“The facts are clear, but neither left nor right has found that it pays to be truthful about the issues and to offer solutions that give people confidence that the next generation is not going to be worse off that today’s baby boom generation. We have to find a way in which honesty comes back into politics, and a sense of long-termism, because each of the major challenges that we talked about – every one of them – requires actions that only pay off over multiple electoral periods,” he said.

PM Mahathir: Singapore must be tired of same old government.

What does the GPC’s silence mean?