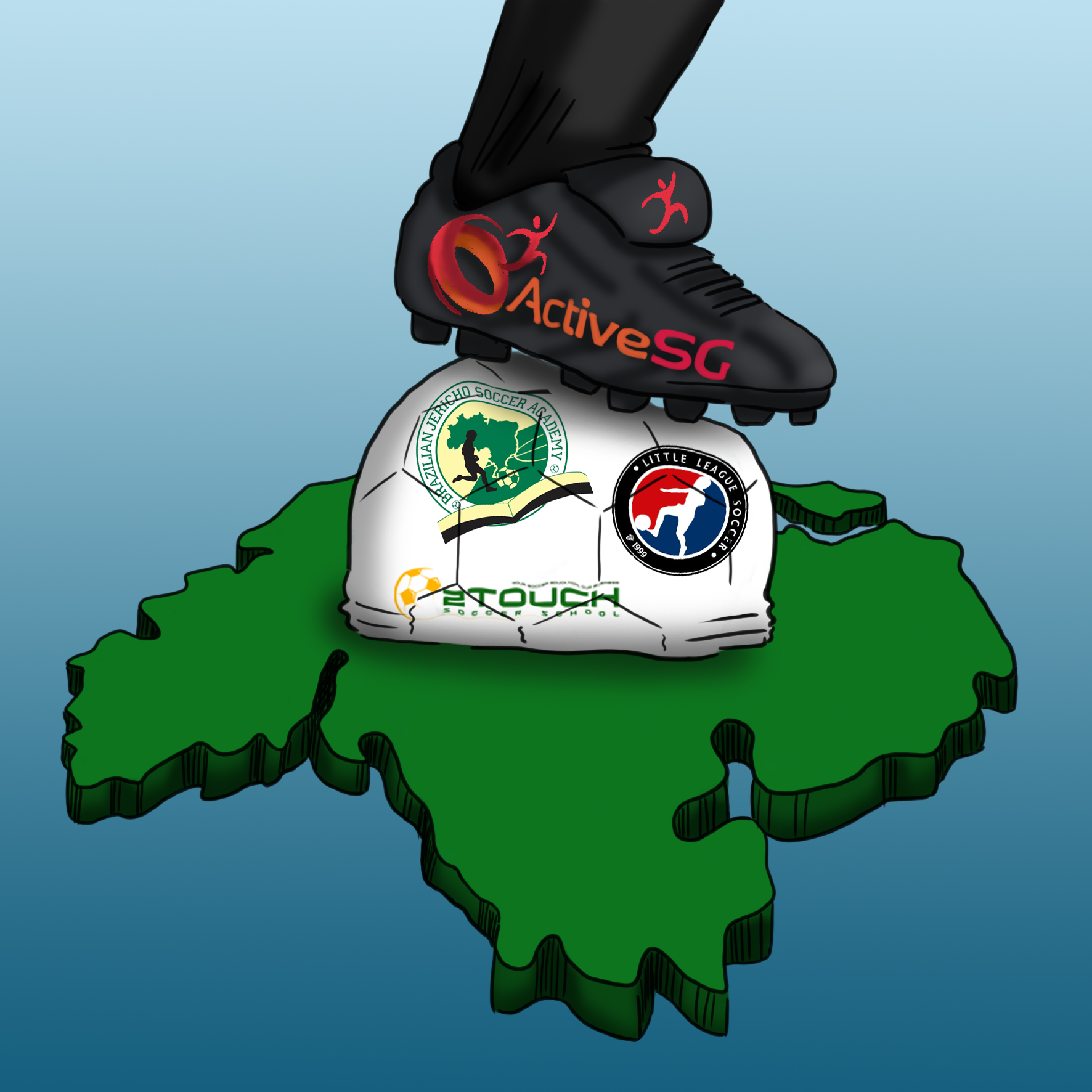 The ActiveSG Football Academy which is run by Sport Singapore is killing industry, enterprise and will destroy Singaporean livelihoods.

But unfortunately, the consequence (unintended or otherwise) of this programme is that it kills the entrepreneurial existing academies which have already been in operations, some, for as many as 15 years or even more.

For example, Brazilian Jericho, which is run by former S.League player and Singapore PR Fabio Da Silva, has been involved in sending young Singaporean footballers to Brazil for training stints over the last few years and many of his academy players have also been selected to represent Meridian Junior College, winning 8 of the last 12 ‘A’ Division football titles.

Fabio, and other academies, have said that the ActiveSG Football Academy is now destroying their businesses, and the industry because students are now heading towards ActiveSG all because of the cheaper prices offered.

This is wrong, and flies in the face of the Government’s move to encourage entrepreneurship among Singaporeans and to support small businesses.

Instead of challenging the existing academies, shouldn’t the Government be an enabler for these businesses by providing grants towards the well-organised academies?

Wouldn’t this help them expand their coaching intake and students, which can then offer cheaper pricing, which will then help the Government achieve it’s participation objective?

Why is a government agency engaging and challenging the commercial sector using taxpayers money, which will only lead to their ultimate demise?

What’s worse, it appears that there was minimal, if any, engagement with the existing academies before the ActiveSG Football Academy was rolled out. This is wrong.

The Government’s role be to encourage, enable and empower such academies and sports businesses, the same way there is support for SMEs in other sectors.

If the issue is of accreditation or expertise, then the role of the Government to work with the FAS, and set up a standard, which is then applied across the football academy sector.

Also, the People’s Association, yet another statutory board which comes under the purview of MCCY, has been conducting the PAssion Children’s Football programmes across the country since 2004 and reaches out to almost the same demographics as ActiveSG Football Academy.

The duplication of work across two Government agencies under the same Ministry is a waste of taxpayers resources.

Using taxpayers money to start duplicate programmes, conducting these programmes through taxpayers contributions, which then destroy Singaporean livelihoods, is unacceptable.

The Government should enable and not disable.