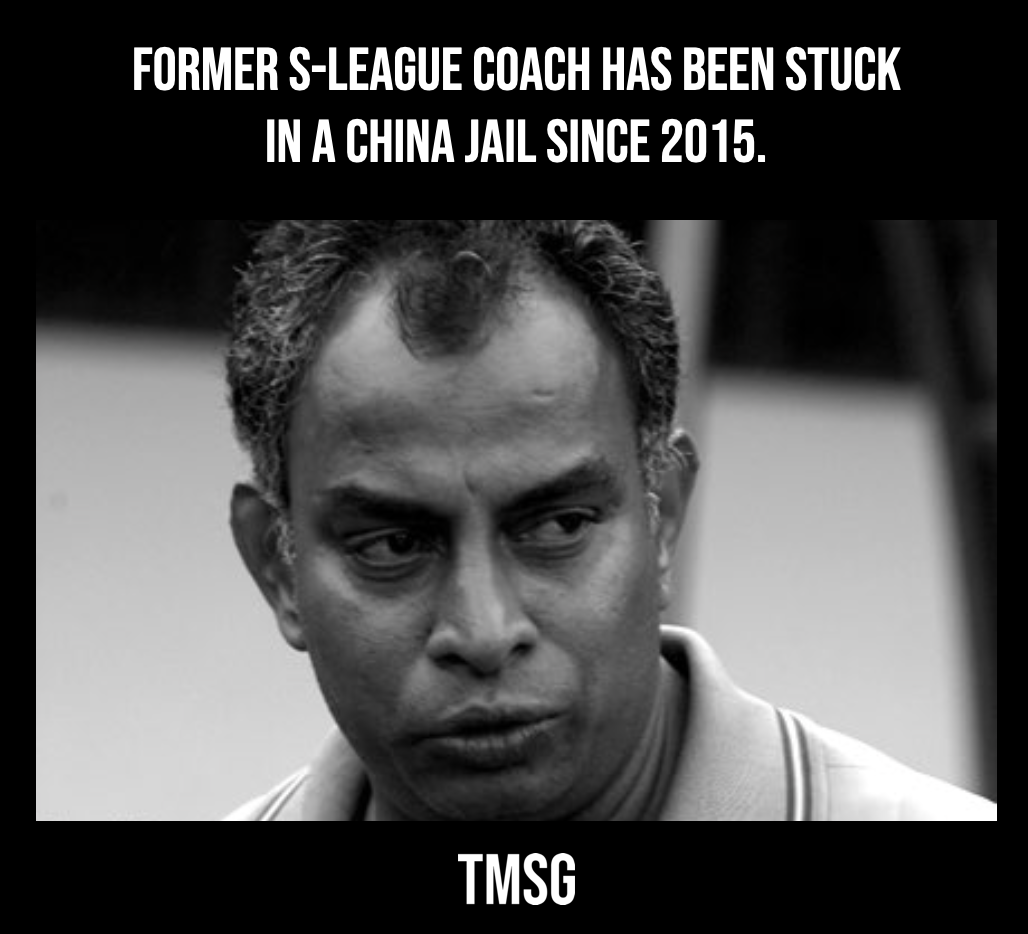 A former S-League coach for Gombak United and coaching course trainer Kunju Jamaludeen has been languishing in a jail in Guangzhou, China after being sentenced to life for drug smuggling.

He denied knowledge of the drugs which he was accused of transporting according to the report on The Globe and Mail.

His lawyers have since managed to get his capital punishment reduced to life imprisonment and then commuted to term.

It is not known how long more Jamaludeen has to serve in prison before being released but his family is hoping for medical parole as he is currently in need of a hip replacement and has various medical issues.

According to the report in Globe and Mail, he now suffers from necrosis of the hip and is “unable to walk or get dressed without help from other prisoners”.

His case has been publicised repeatedly on Twitter by his younger sister, Haseenah Koyakutty, a former CNA newscaster and broadcast journalist.

More of her tweets on the matter can be seen here.

TMSG also has in our possession a letter which was sent from Jamaludeen to his sister, which was dated 13 March 2022.

In the letter, he said that his health was “not at its peak” and that he needed regular medication for his hips, back and hands.

He also added that he has been receiving jabs for a persistent cough, cold and difficulty in breathing.

Koyakutty has said that he used to visit Jamaludeen in Guangzhou as often as she could in the past before the pandemic, but she has not been able to travel to China to visit him of late because of the lockdowns.

Now, the contact is limited to five-minute phone calls once a week.

“For two years we haven’t seen his face,” she said in in the interview with Globe and Mail.

“They say they cannot allow video access for ‘security reasons’,” based on the previous interview as she continues to fight with the authorities for his release back to Singapore on medical grounds.

In 2013, Jamaludeen was jailed in Singapore for three months and fined a total of $35,000 for corruption.