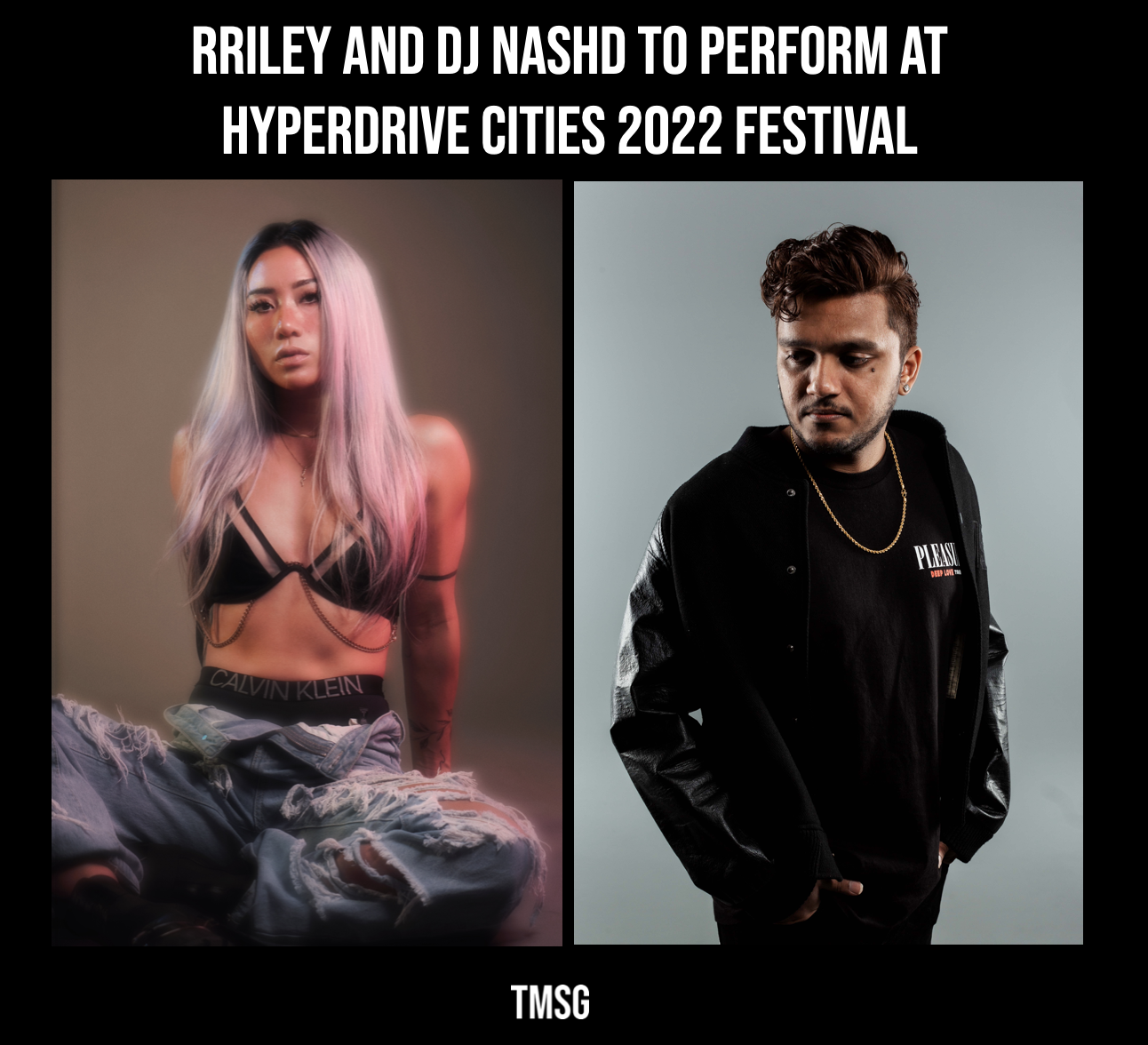 Singaporean artiste RRILEY will headline the entertainment segment of the first-ever HyperDrive Cities (HDC) 2022 Festival to be held at *SCAPE from 23 to 25 September.

Organised by the Legion of Racers, with support from the Singapore Tourism Board, the HDC will be Asia’s first hybrid online to offline festival that combines live sim racing, entertainment, lifestyle and technology within an urban carnival setting.

Said RRILEY (photo below), who made her debut in 2012 as a founding member of the Sam Willows, “It is just so nice to be performing again and I am so excited to bring my music to a new audience.”

The HDC will take place during this year’s Grand Prix Season Singapore (GPSS) from 23 September to 2 October. GPSS is a collection of innovative race-themed lifestyle experiences that complements the Formula 1 Singapore Airlines Singapore Grand Prix 2022 excitement beyond the track.

For three days, the HDC will be held at *SCAPE in Orchard Road and will include a regional sim racing championship that follows the inaugural E-Cities Championship held in November 2021, along with an electric go-karting experience and a community sim racing challenge with prizes for the fastest sim racers from the public.

The HDC Championships 2022 boasts a prize pool of SGD10,000 with the top winner guaranteed at least SGD3500.

In addition, the festival at Orchard Road will also feature the HDC Gameplay Stations, a motorsports-themed gameplay powered by Augmented Reality where participants complete the various Gamemaster challenges to earn NFTs and rare prizes.

RRILEY, along with Haneri (photo below) will both perform a set of three songs each.

In addition, DJ NashD, who is the official DJ for local artistes Shigga Shay and hip hop collective Grizzle Grind Crew, will raise the decibels on 23 September from 8pm to 10pm.

“This is a unique event comprising multiple elements for the community,” said Lim Keong Wee, co-founder of the Legion of Racers.

“We wanted to create a motorsport festival for everyone, ranging from electric karting for young families to youths and millennials who could watch an entertainment segment at the end of the day that features some of Singapore’s hottest music talents.”

The event is supported by the Singapore Tourism Board, which oversees the Orchard Road precinct.

Ms Guo Teyi, Director, Retail and Dining, Singapore Tourism Board, said, “We welcome the inaugural HyperDrive Cities Festival to Singapore’s famous shopping street. With its diverse mix of virtual and in-person experiences, the festival will add buzz to Orchard Road and strengthen its position as a lifestyle destination beyond retail.”

Among the partners confirmed for the festival include McLaren, TYCA, Next Level Racing, Logitech G, Monster Energy, and Tarmac Works.

A McLaren 720S sportscar will also be on display at the venue during the course of the programme.

The simulated track which the sim racers will be racing on is the Orchard Road Street Circuit (see map below), which was produced by the Legion of Racers team.

For 2022, the track has been extended to include the Somerset and Dhoby Ghaut sub-precincts.

Tickets for the HDC Festival 2022 can be purchased on the website.