Ilhan Fandi sent to A&E as a precaution as Shawal Anuar’s winner helps Singapore battle to a 3-2 win over Myanmar. 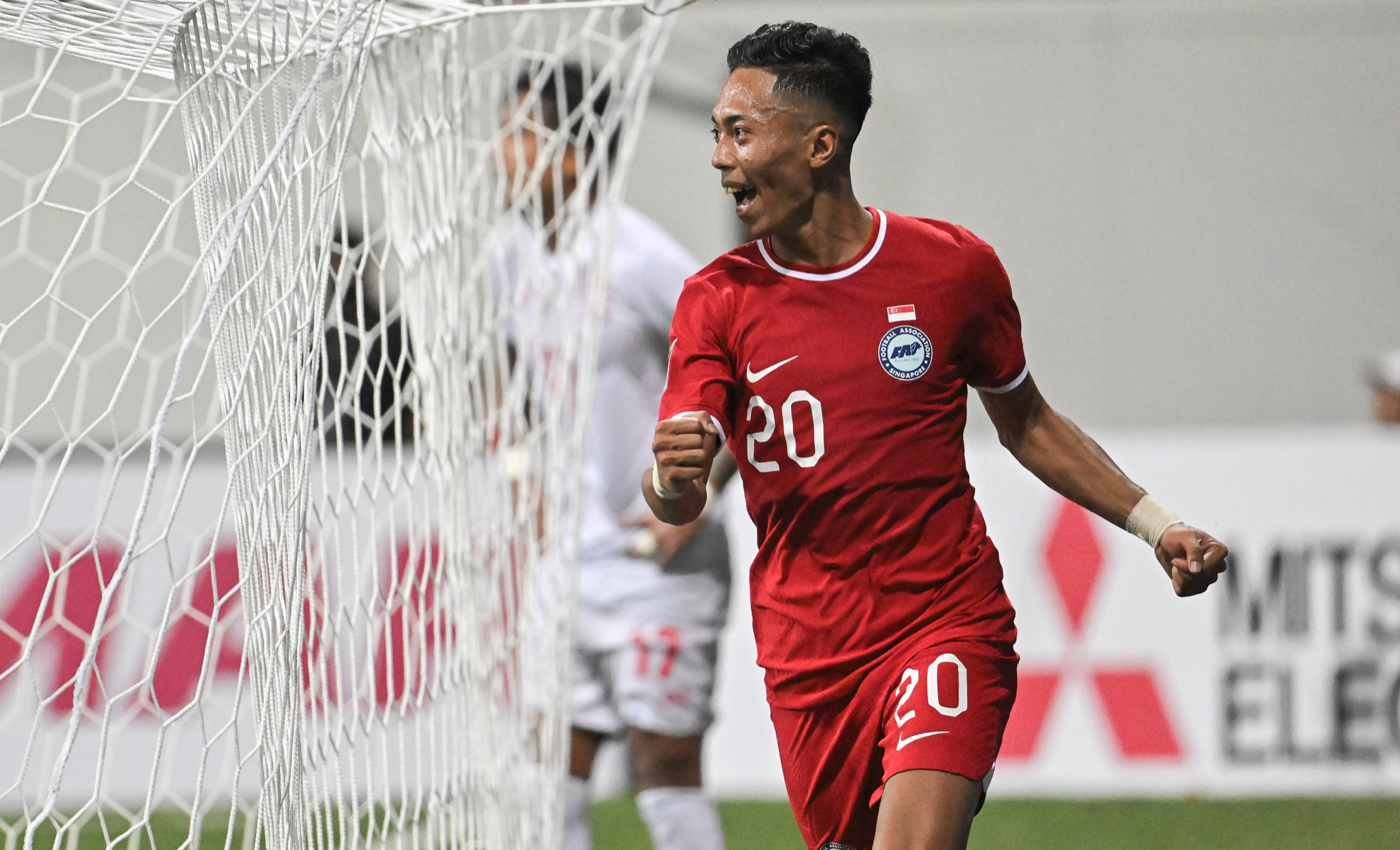 Singapore’s young striker-in-chief Ilhan Fandi was sent to the accident and emergency department of a nearby hospital after Singapore’s 3-2 win over Myanmar as a precaution and according to a tweet from a Berita Harian journalist, he did not suffer any ill effects following the clash of bodies with Myanmar goalkeeper Myo Min Latt.

That was just one of many talking points in Singapore’s opening Group B clash of the ongoing ASEAN Football Federation Mitsubishi Electric Cup held at the Jalan Besar Stadium on Christmas Eve.

Ilhan did his part by helping to restore parity just before the stroke of half-time, following a cross from Christopher van Huizen, and was replaced in the 54th minute as coach Takayuki Nishigaya tried to inject more aggression into the Lions engine room.

By this time, the Lions were already up 2-1, courtesy of Shah Shahiran lob which the Myanmar goalkeeper helped into his own net despite an attempt to parry it away.

Mg Lwin gave the visitors a lifeline in the 66th minute and silenced most of the 5,370 fans in the venue but newly signed Lion City Sailors forward Shawal Anuar, with an assist from Lions goalkeeper Zaiful Nizam gave the Lions the much needed elixir to kickstart the tournament with all three points in the bag.

“I am happy with the result,” Lions coach Nishigaya said at the post-match conference.

“We knew it would be a tough match as Myanmar is a tough team.

“When we conceded, we were able to overcome the negative situations and I am proud of my boys because of that.”

He also explained the changes early in the match which left a section of the fans baffled, as he made four changes by the 54th minute.

“We had to make some early changes for tactical reasons as we wanted to play more aggressively,” he said.

The early expanse of the substitute quota meant that he could not bring on fresh legs when the likes of Shawal and Shah were visibly struggling towards the final stretch of the encounter.

With the Lions next clash against Laos only two days away and with an expectation of another three points, Nishigaya will need to get his ducks back in line as he prepares for the bigger battles ahead against Vietnam and Malaysia.

“There is room to grow; this is the first game and we can still improve, game by game,” he contended.

“This competition is tough, with a game every two days, so we need to focus on recovery now.”