Winston Lee’s name on list of nominees for AFC positions. 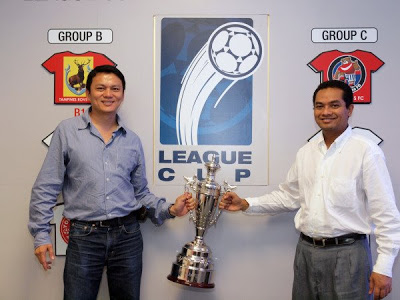 Singapore’s Winston Lee has been nominated to battle for a place on the Asian Football Confederation.

Lee’s name appeared on the list of nominations which was made public by the AFC.

A sitting Vice-President, he has been on the role over the last four years and his role on the continental body has not been affected by the police probe which has been ongoing since April 2017.

Lee, former Football Association of Singapore President Zainudin Nordin and Hougang United Chairman Bill Ng have all been assisting in a police probe which involved a $500,000 donation from National Football League side Tiong Bahru.

Ng was also the Chairman of Tiong Bahru when the donation was made.

Ng has claimed he donated the money to the FAS at the request of Lee and did not know what it was used for.

But Lee has denied this and subsequently released documents which showed that Ng knew the donation was meant for regional football body Asean Football Federation.

Lee’s nomination should have gone through the FAS, which hasn’t issued any statement on the matter.

Lee resigned as General Secretary of the FAS on 1 December 2017.