Whatever success I have today is due to my wife, says national footballer Gabriel Quak. 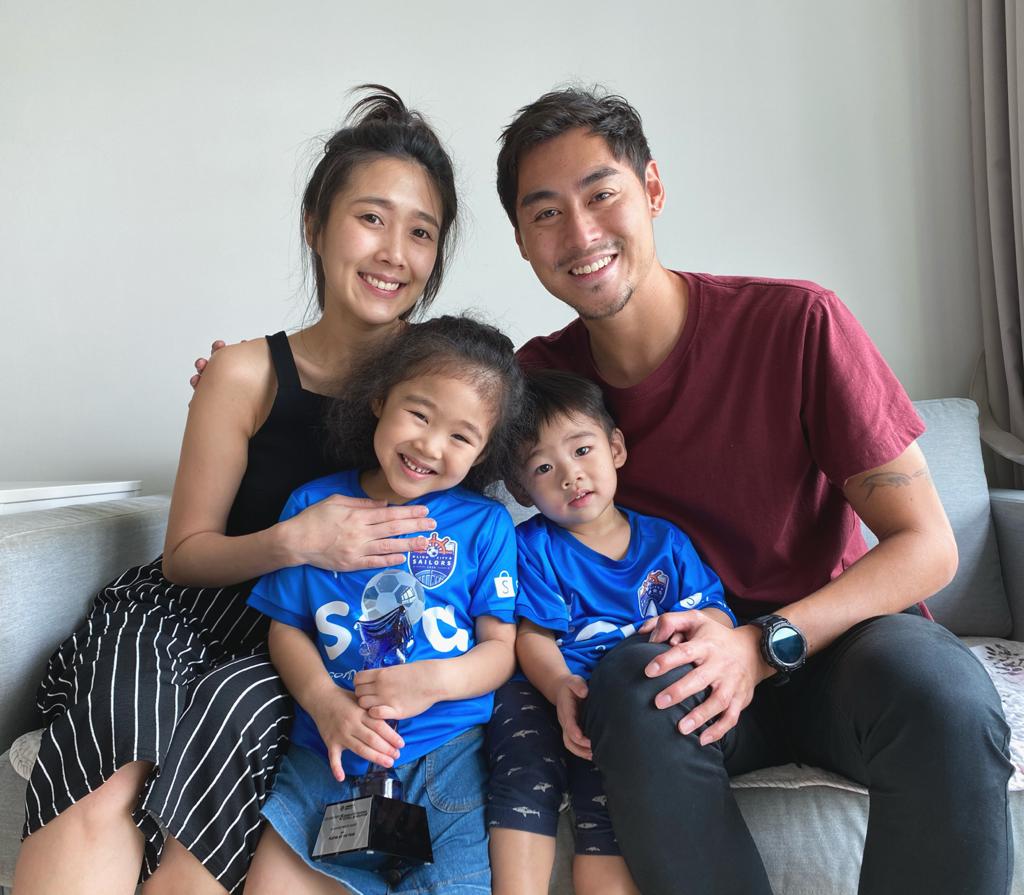 National and Lion City Sailors footballer Gabriel Quak has paid tribute to his wife Melissa Teo for being his pillar of support in his pursuit of football excellence.

In an interview which was posted on tech firm Bluorbit’s Facebook page as part of its “Go Beyond” series campaign, Quak revealed how his wife has been his rock through the ages.

“It wasn’t easy, the sacrifices, she was very supportive. When the offer came from Thailand (Navy FC), she told me just go for it.

“She knew how important it was for my career, like how it could propel me further and honestly, I was really touched,” he added.

She asked that if he took the Navy offer, “make sure that you really make it there”.

Quak, the 2020 Singapore Premier League Football of the Year ventured to Thailand in 2018 on his own, while Teo remained in Singapore with their children.

“There was no room for failure. I had to really make her proud,” he says in the series.

Quak and Teo met in 2008, the same year he started playing football seriously.

He shared in the video how he won a date with Teo in the early days after he showed her how he had been called up to train for Singapore, who were taking on the Brazil side which included Ronaldinho.

“She saw my rise, my fall. When I went into NS, I couldn’t play, my agony, when I cried,” he revealed.

“When I went to Thailand, she oversaw everything and I’m just glad that she was there with me since day one.

“She knew how it is like being the wife of a footballer. It wasn’t easy the sacrifices. Whatever success I have today, it’s due to my wife.”

Quak will be starting his second season with the Lion City Sailors this season when the Singapore Premier League season kicks off on 13 March, with the Sailors opening their season against Tampines Rovers.

The “Go Beyond” series campaign by Bluorbit is produced by strategy firm SW Strategies, and will feature six more athletes over the next two months.