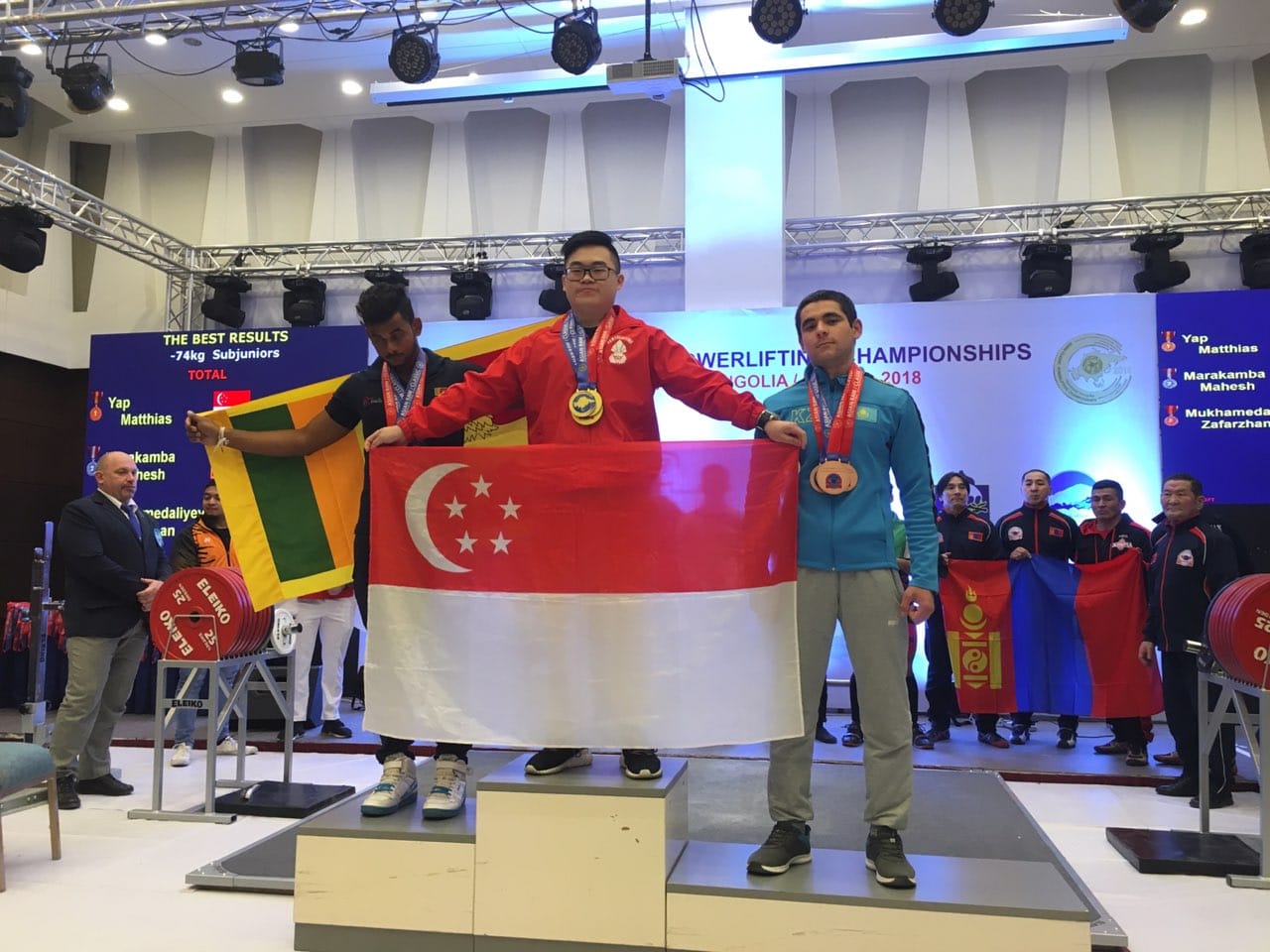 Matthias, 18, achieved a clean sweep in the Under-74kg sub-junior category.

Said Matthias, “I’m thrilled to have won four gold medals, but slightly disappointed to have missed out on an Asian record for the squat. The four gold medals I won would not be possible without my teammates & coaches helping me throughout the whole competition and I say this without compunction.”

His lift of 248kg also broke the previous Asian record set in 2012 by 3kg and won a bronze in the bench press with his effort of 150kg.

His 265kg in the deadlift got him a silver and his total of 663kg was swell enough for a gold.

Said Matthew, “I wasn’t in the best shape leading up to the tournament because of injuries. I had to give everything I had and It’s been a really wonderful moment for me.”

Matthias, paid tribute to his coach and eldest brother Marcus.

Unfortunately, the brothers may not be able to continue their sport after Powerlifting Singapore failed in their mission to be recognised as a National Sports Association.

As a result, the brothers may not be able to get time off to train.

What’s worse, financing their passion has also been an issue and they have used up almost $30,000 of their own funds to keep their flames burning.

“We can’t take this as our career because we are just bleeding money,” Matthias told The New Paper in an earlier interview.

The Chiam See Tong Sports Fund has helped alleviate some of the brothers’ financial strain with a grant, and are also in the process of assessing another request for a grant by the brothers.