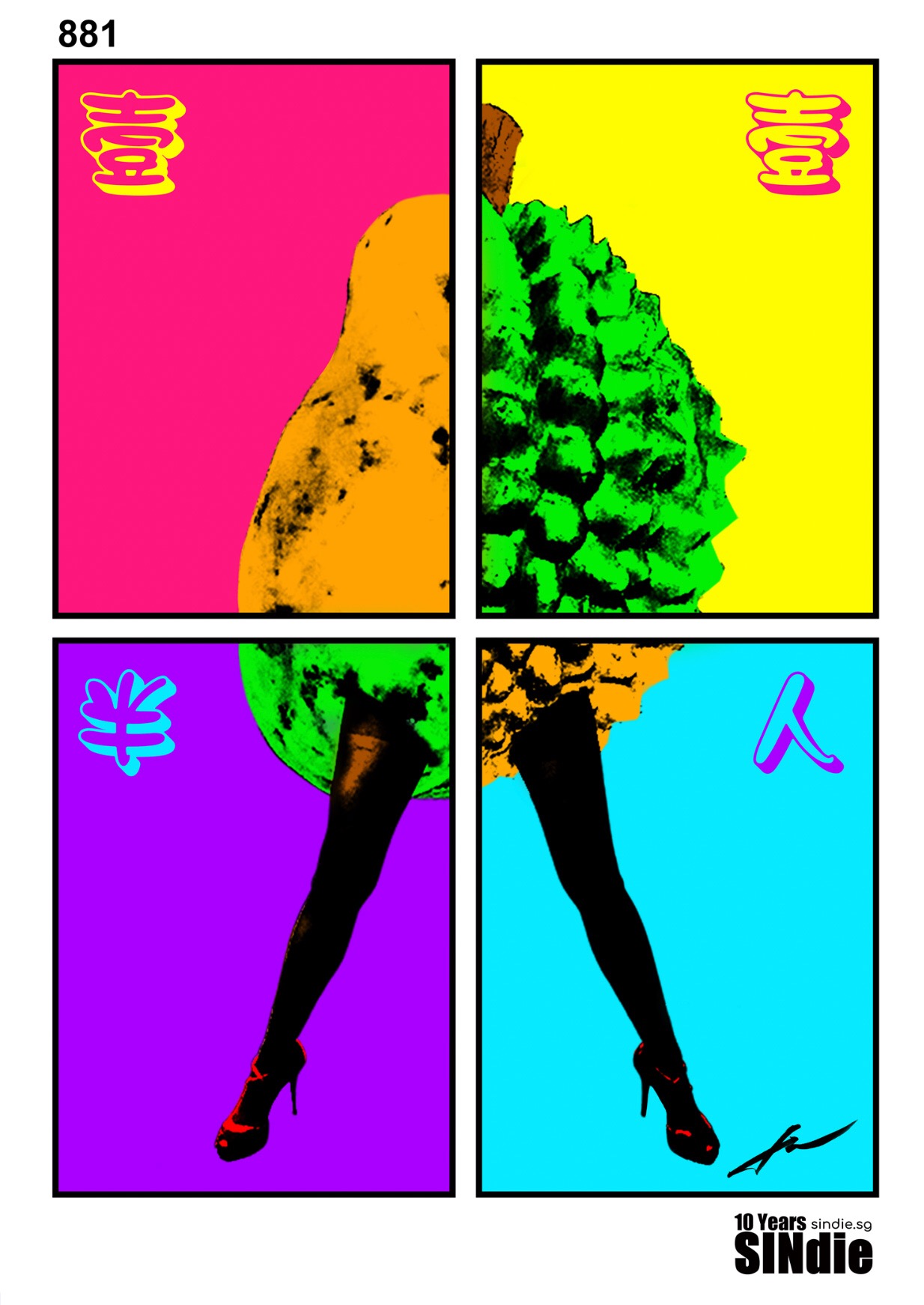 Singapore-based film website SINdie has launched a series of 10 comics based on 10 iconic Singapore films to commemorate its 10th anniversary.

Working with leading Singapore comic artists such as Sonny Liew, Otto Fong, as well as celebrated filmmaker Eric Khoo, who also an accomplished comic artist, SINdie has produced a set of 4-panel comics.

Each comic is a spoof of one of the 10 selected Singapore films which include the likes of The Maid, 881, 23:59, Ah Boys to Men, Ilo Ilo, Apprentice, A Yellow Bird, Lulu the Movie and Pop Aye.

Merchandise such as T-shirts, posters and postcards featuring the comics will be available for sale. Merchandise details and prices can be found on the SINdie website (www.sindie.sg).

Founder of SINdie, Jeremy Sing said, ”These commemorative comics are an irreverent and humorous take on 10 of the most easily-recognisable movies made in Singapore over the last 30 years.

“The spirit of this initiative mirrors SINdie’s fun and cheeky approach to documenting the Singapore film scene over the last 10 years.

“We are extremely thankful to established artists like Sonny Liew and Otto Fong who have each created a piece as part of this set. We are also honoured to have Eric Khoo, who is behind four of the films in this set, picking up his pen to create comic art for our anniversary.”

Started as an initiative to give a voice to lesser-known independent filmmakers in Singapore in 2008, SINdie has chronicled the Singapore film scene over the last 10 years.

Over the last 10 years, it has documented the Singapore independent filmmaking scene closely through its regular in-depth features on filmmakers and other players in the film industry, as well as celebrated Singapore films through various on-the-ground initiatives such as ‘Mise-En-SIN’, the first ever exhibition of posters of contemporary Singapore films, as well as ‘Production Talk’, a filmmakers’ public dialogue session.

“SINdie started out as a ground up initiative and has grown to be an important part of the Singapore film community because of their consistency in documenting and reporting on Singapore cinema,” said Yuni Hadi, Executive Director of the Singapore International Film Festival.