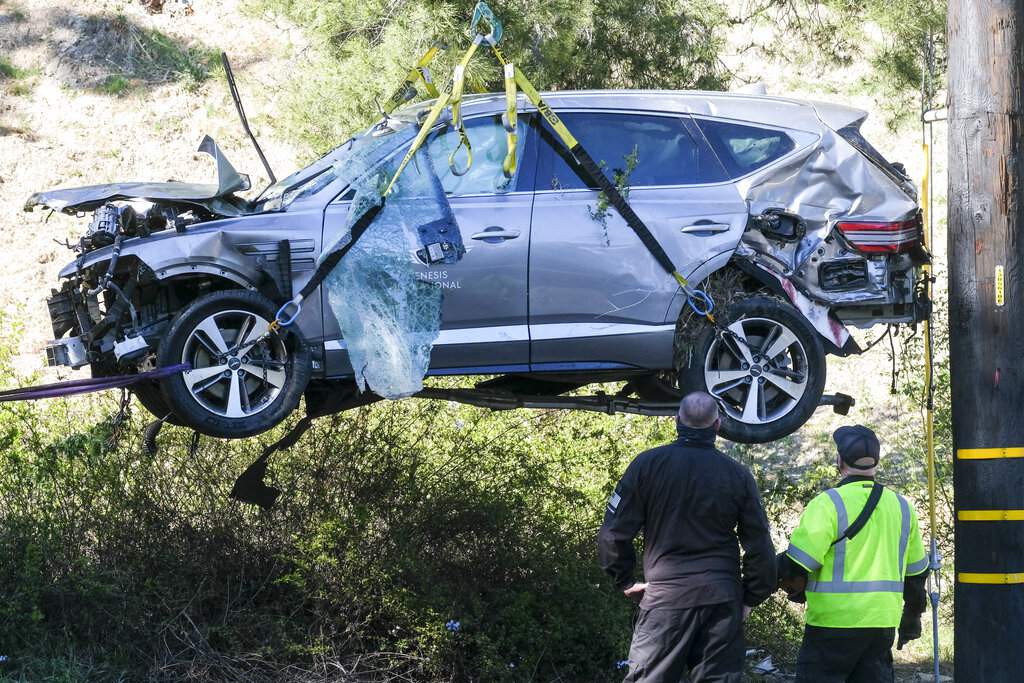 American golfer Tiger Woods was seriously injured when his SUV crashed into a median, rolled over and ended up on its side near a steep road in suburban Los Angeles known for car accidents.

The golf superstar had to be pulled out through the windshield and Woods was alone in the SUV when it crashed into a raised median, crossed two oncoming lanes and rolled several times.

No other cars were involved in the accident.

The 45-year-old was alert and able to communicate as firefighters pried open the front windshield to get him out.

The airbags went off and the inside of the vehicle stayed basically intact, and that “gave him a cushion to survive the crash,” Los Angeles County Sheriff Alex Villanueva said in quotes carried on News4Jax.

Both of his legs were seriously injured, county Fire Chief Daryl Osby said.

Authorities said they checked for any odour of alcohol or other signs he was under the influence of a substance and found none.

The crash happened on a sweeping, downhill stretch of a two-lane road through upscale Los Angeles suburbs.

Woods was in Los Angeles over the weekend as the tournament host of the Genesis Invitational at Riviera Country Club, where he presented the trophy on Sunday.

The SUV he was driving Tuesday had tournament logos on the side door, indicating it was a courtesy car for players at the Genesis Invitational.