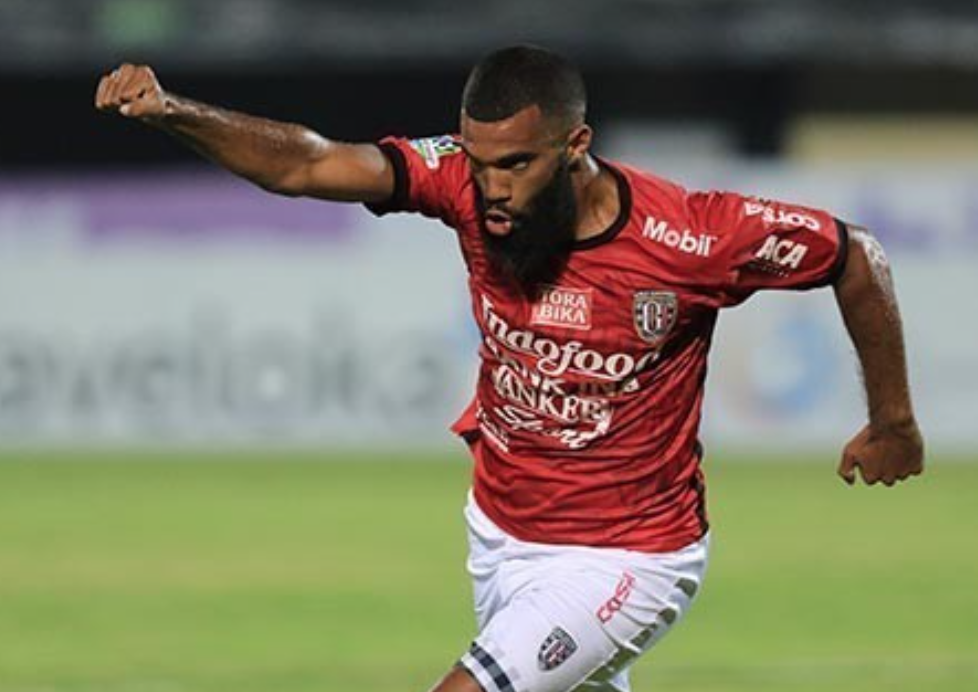 Dutch footballer Sylvano Comvalius, who was Bali United’s hotshot in the Indonesian league in 2017, has joined Geylang International for the 2021 Singapore Premier League season.

He joins the Eagles after a torrid season in Malta’s Silema Wanderers, a top tier club said to be the most successful club in Malta, who apparently owes players their wages which had not been paid for months.

“I am really happy to announce that I have finally have the approval of my visa and I will soon be becoming to Singapore. Me and my family are more than looking forward to seeing you guys,” he said in a video message.

Among his team-mates at Silema Wanderers were Brazilian and former Arsenal midfielder Denilson.

He joins the Eagles, who have qualified for this season’s Asian Football Confederation Cup, as an escape from the torment in Malta.

The Malta Football Player Association said in a statement on 28 January that “it is with extreme displeasure that we report, that once again Sliema Wanderers FC is gravely in breach of its contractual obligations to its players and coaching staff, due to numerous outstanding salaries.

“Players have reported not receiving salaries for this season, while others are owed as far back as February 2020.  Moreover, there are players who have moved on to other clubs and are still owed money for past seasons.”

The Independent Malta reported that Silema’s key players Oscar Linton and Sylvano had left the club because Sliema had failed to honour their contracts and because they are owed some €150,000 (about $240,000) between them.

In another interview, players shared how their struggle was real, without any wages.

Have a story for us? Drop us an email at hello@swstrategies.org

Want to advertise with us? Check on our rates at hello@swstrategies.org