4-3 to Tampines Rovers but the drama does not end after 90 minutes as Noh Alam Shah is restrained. 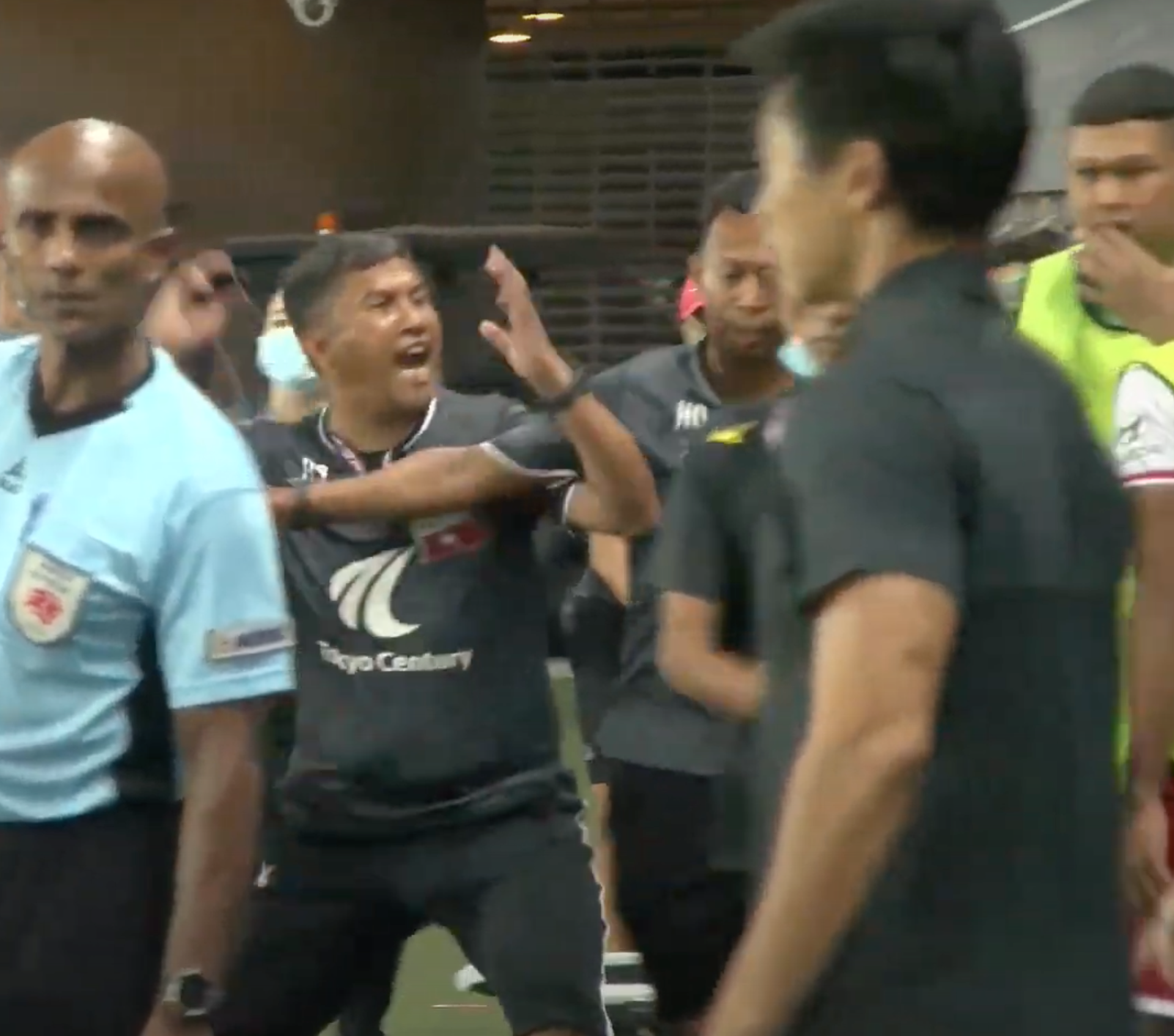 Tanjong Pagar United manager Noh Alam Shah had to be restrained after his side’s 4-3 loss against Tampines Rovers at the Our Tampines Hub after what looked like alleged abuse by Tampines Rovers fans.

In footage seen during the live streaming of final , a few members of the Tanjong Pagar bench, including coach Hasrin Jailani were seen gesticulating at the stands behind the Tampines bench following the match, which saw the Jaguars concede two penalties in a match which they could have won.

With the match evenly placed at 3-3, the Stags’ Joel Chew popped up with a winner in stoppage time.

First, the cameras showed the Tanjong Pagar officials having an exchange with the Tampines fans behind the Stags bench.

Coach Hasrin did not look pleased as he walked back towards his dugout.

It was at that point that Noh was seen heading towards the stands, obviously incensed with what had transpired, with former international team-mate Hafiz Osman obviously trying to keep him in check.

It was at this point when the cameras showed Noh yelling in the direction of the stands behind the Tampines bench, and threw something which didn’t travel too far actually.

Noh was restrained by Hafiz and a few other officials and players before the cameras panned towards the centre of the field.

A video sent to TMSG by a fan at the stadium also showed the pandemonium on the pitch following the match, at the Tanjong Pagar bench area, while some boos rang out around the venue.

The fixture was the final in the 2022 Singapore Premier League season for both clubs, with Tampines’ victory allowing it to muster 50 points for the season.