That 1993 SEA Games semi-final against Myanmar. 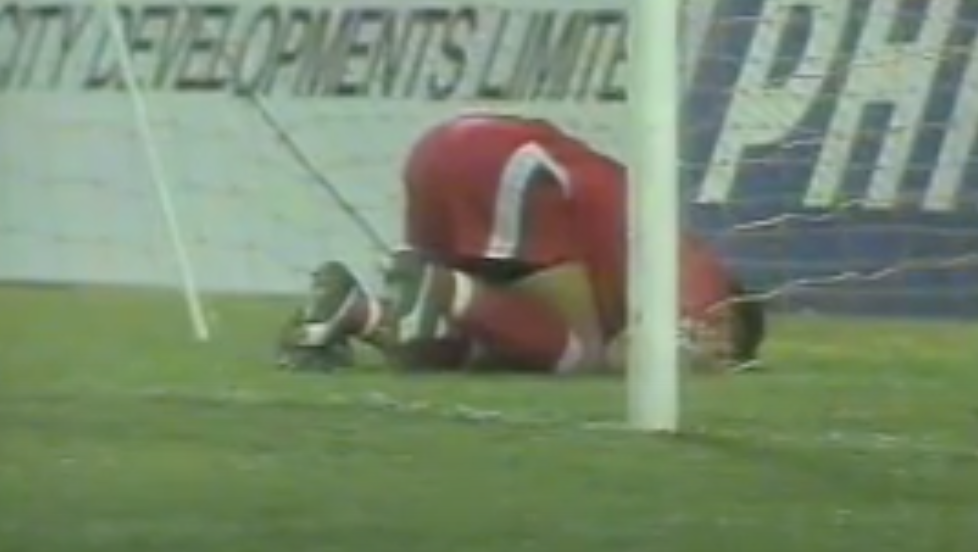 It was a football match which an entire generation of football fans in Singapore would never forget.

In some football conversations, questions are often asked about that match.

What happened. Why? Could have that match been ….

Well, lesser said the better and in fact, so painful was the result that day that some people have chosen to rewrite history completely on Wikipedia.

A search on Wikipedia will reveal that all the Singapore goalscorers, and the Myanmar scorers are, well, fake.

V Sundram Moorthy did not score the first goal for Singapore, and it is impossible that reserve keeper Bashir Khan scored the second.

Even when Singapore hosted the Southeast Asian Games in 2015 after 22 years, one of the reflections of years gone by inadvertently landed back to that day when Singapore faced off against Myanmar in the semi-finals of the football tournament.

With players like Fandi Ahmad, V Sundram Moorthy, Rafi Ali, Kadir Yahaya and Steven Tan in the squad, it was very much a Dream Lions team.

Former Lions skipper Terry Pathmanathan had said a year previously in a New Paper interview published on 22 September 1992 that “with home ground advantage, we should finally get the gold”, referring to the one medal which had eluded Singapore’s football sides, despite having won the Malaysia Cup on countless occasions since the 1930s.

Well, 1993 came, Singapore hosted the games, but again, the Lions didn’t do the deed.

And believe it or not, there are some football fans today who may not be aware of what exactly happened back then at the old National Stadium, which was packed to the rafters for the clash.

A win was worth two points and a draw was worth one point for that competition and the Lions topped Group B, which meant they had to face unheralded Myanmar in the semi-finals.

In the 5th minute, Kadir Yahaya floated in a speculative cross into the Myanmar penalty box.

Fandi Ahmad rose to try and head the ball but he was adjudged to have been pushed by a Myanmar defender.

The referee pointed to the spot and up stepped Steven Tan to make it 1-0 to the Lions after he placed the ball past Myanmar goalkeeper Aung Kyaw Kyaw.

Down the right flank, Steven Tan whipped a cross in the 23rd minute and it is Fandi Ahmad who rises highest to head in for Singapore’s second goal.

Singapore leads 2-0 and the fans are in ecstasy.

MYANMAR PULL ONE BACK

While Singapore was cruising ahead, the Myanmar players had other ideas.

Taking Singapore on along the flanks, which it obviously had identified as a weak spot, the ball was steered across the Singapore goal.

Razali Saad stops to stare at the ball gliding past.

And with no Myanmar player close enough to pose any danger, Lim Tong Hai smashes it into the Singapore net for his first goal of the day.

The referee had not even blown for the end of the first half when Myanmar then were gifted with their equaliser.

The ball was floated down into the penalty area and Lim then allows it to bounce.

Goalkeeper Abdul Malek rushed out of his goal line, and left it gaping at the back.

Lim then take a swig at the ball, which floats into the back of the Singapore net.

“And that’s another own goal for Lim Tong Hai. It is turning out to be a nightmare for him,” the commentator cried out.

Win Aung, a member of Singapore’s Malaysia Cup side in 1991, then put the boys in green ahead in the first half of extra-time.

Left on his own devices with no other defenders in sight, Lim Tong Hai was not able to fend off Win Aung who got the better of him and squeezed the ball past Abdul Malek.

Makes one wonder where the other defenders were at the time.

The closest player to Lim was midfielder Nazri Nasir.

Down to the final minutes of the match and V Sundram Moorthy was doing his dazzle down down the left of the pitch in front of the spectators the Gallery seats who were seated on wooden benches.

He relayed the ball to Saswadimata Dasuki who then found Steven Tan, who took two strides to get to the cross to no one.

Steven checked to place the ball on his right foot, and then curled it with pin point precision to level it for Singapore.

The commentator Mark Richmond could not hide his emotions.

Razali Saad missed his spot kick and Abdul Malek could not stop the final Myanmar penalty from hitting the back of his net.

A few of the Lions including Rafi Ali are in tears, as national coach PN Sivaji consoles them along with assistant coach Robert Lim.

Singapore hosted the SEA Games again in 2015 but the competition was already an under-23 affair by then, a change made in 2001.

The Young Lions failed to make the knockout stages of the tournament and were sent crashing after the group stage matches.

If you were at the National Stadium that day, share with us your feelings and your recollections of the match. Better still, scan your old photos and send us via email at opinion@themonitor.sg