Living a Dream. He is a Pro E-Sports Athlete with Legion of Racers. 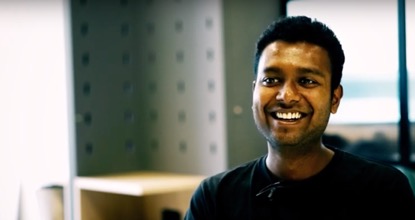 Only 21-years-old and Ar Muhammad Aleef Mohamed Rafik is living a dream.

He is one of very few Singaporeans who are already professional e-sports athletes.

Aleef was signed on by Legion of Racers, an e-sports pioneer in simulator racing in Singapore, in December 2018 after being discovered in Gamestart 2018 at Suntec City.

Aleef, who is currently studying at the Temasek Polytechnic explained how he got involved in e-sports and in the Legion of Racers.

“I have always had a passion for driving and for Lewis Hamilton. It seems like I have loved cars from the day I was born because my family used to drive me around in a van which my father owned, he said.

More specifically, he shared that he became hooked on simulator racing when he was only 9-years old.

“Back in 2008, my father brought me to the Singtel booth in Changi Airport. That was when the F1 first started in Singapore and there were all these road shows.

“That was when I first got my hands on the simulator and it was a treat, and I became hooked on it.”

After trying it out once at the Changi Airport, he followed the road shows to wherever they were set up and tried playing it all over Singapore.

“So every weekend they were having at different spots and I will go to each and every one. By then my parents will stay at home and I will just go by myself.

“And because I became a familiar face, the people manning the station always gave me the chance to play, and stay a little longer.”

He was then spotted by Legion of Racers at the Gamestart 2018, an event which brings together e-sports athletes and gamers from across different sports and titles.

Aleef was so impressive that he was signed on as one of three professional e-sports athletes by Legion of Racers.

As part of his training, he has also been given karting training at the karting track at Kranji by AutoInc Karting, a company which participates in karting racing across the region.

Explained Melvin Moh, the co-founder of Legion of Racers, “The karting training will provide Aleef with the skills sets to become better e-sports athletes and turn him into a global champion.”