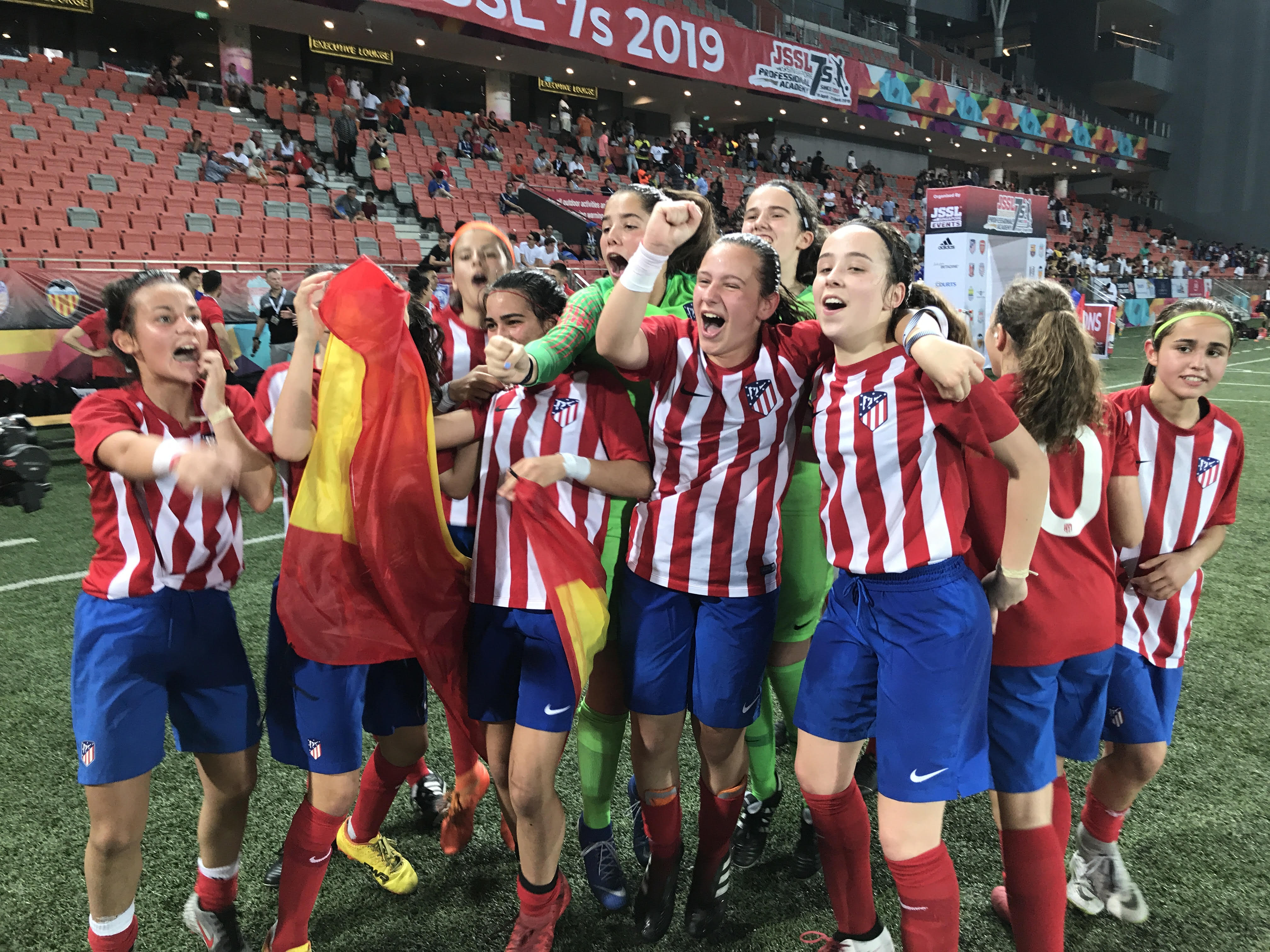 The young ‘femeninos’ from Atletico Madrid became the inaugural 2019 JSSL Professional Academy 7s girls champions after they walloped FC Barcelona 5-0 in the finals held at Our Tampines Hub on 21 April.

The Atletico ‘femeninos’ completed their fixtures throughout the three-day tournament without tasting defeat, scored 19 goals in the process while conceding only two.

Said Maria Vargas, Atletico Madrid’s Girls Academy Director, “It has been a wonderful experience for all of us. We thank everyone for all the hospitality and for everything.”

In the boys tournament, England’s young Gunners from Arsenal were crowned champions in the boys category after casting aside Australia’s Perth Glory 2-0. It was a hattrick of final appearances since 2017 for Glory they have ended up as runners-up on all occasions.

Said Arsenal’s Academy Head Coach Dan Micciche, who was dunked with water after the match by his young charges: “It has been an honour to be here. Singapore is a special country with special people.

“At a club like Arsenal, there is always an expectation of winning, whether it is the first team or in the Academy. We would love to come back to the JSSL Professional Academy 7s next year if we have an opportunity.”

With 450 participating teams, more than 20,000 players, officials, family members and fans from across 17 countries around the world were part of the 2019 JSSL Professional Academy 7s, making this year’s event the largest ever since the inaugural event in 2013 which started off with 40 teams.