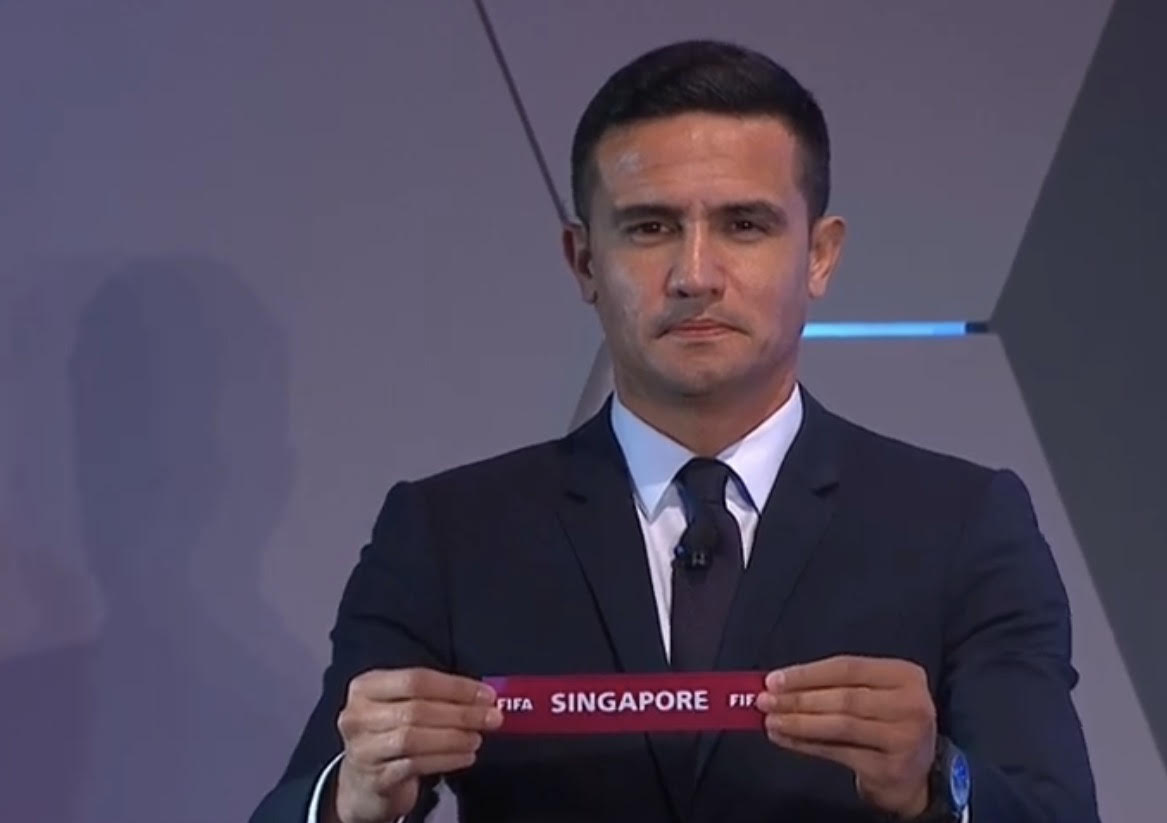 The graphics put up on the Football Association of Singapore Facebook page may have put Singapore on the top of Group D but in all likelihood, the reverse will probably be true after all matches are played for the 2022 World Cup qualifiers.

On 17 July at the Asian Football Confederation, the Singapore Lions drew Saudi Arabia, Uzbekistan, Palestine and Yemen for the qualifiers.

Matches will start in September.

Along with the teams in Group D, the Lions avoided the likes of Iran, Australia, Japan and even Korea Republic.

Sad though, or we would have had the chance to fill up the National Stadium.

Reactions to the draw have been somewhat consistent.

There are some sarcastic ones too, as usual.