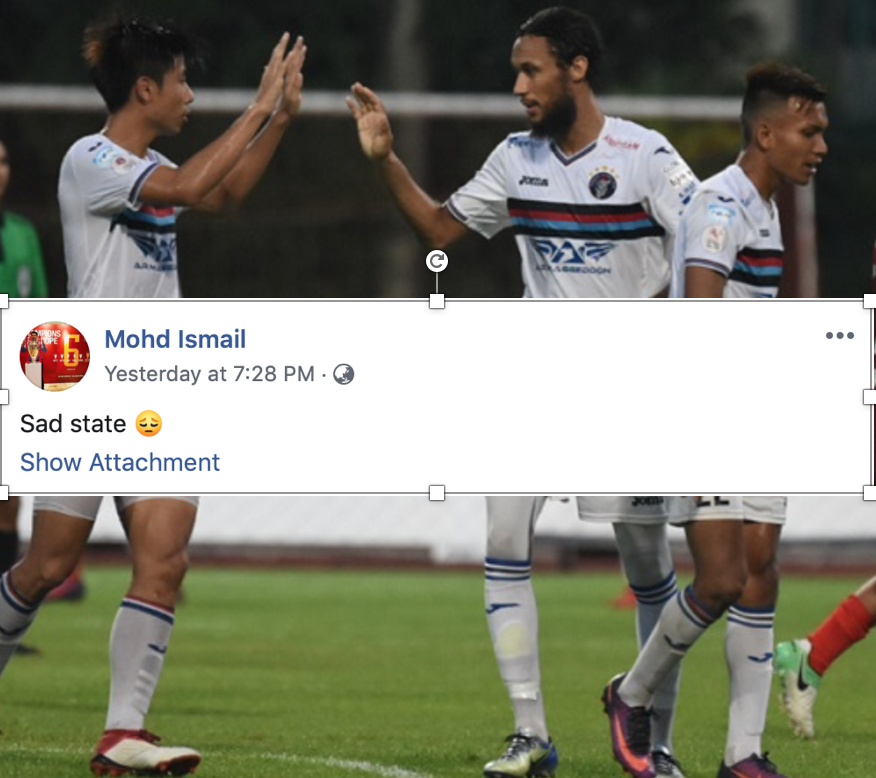 Singapore football fans took to social media to express their anger and disgust at how players and coaching personnel at Warriors FC are being treated following a story in the Straits Times published on 15 July.

A sampling of responses online show that many fans were upset that Warriors FC, a nine-time league championship winner, had hit rock bottom caused by possible mismanagement of the club.

Noor Halim Misakan was surprised that the professional league was still going through such issues after 23 years of existence.

There was also questions raised about bonuses for a previous cup victory.

Even former national skipper Baihakki Khaizan, now based in Thailand with top tier side Trat FC, shared his views on Facebook.

He said he hoped ‘they could rectify the matter quickly’ without naming who was the ‘they’ he was referring to.

Another commentator had this to say.

And then there is the usual comedians who come up with crap like this.

But at least there were some who still gave the players some love despite the club’s shenanigans.