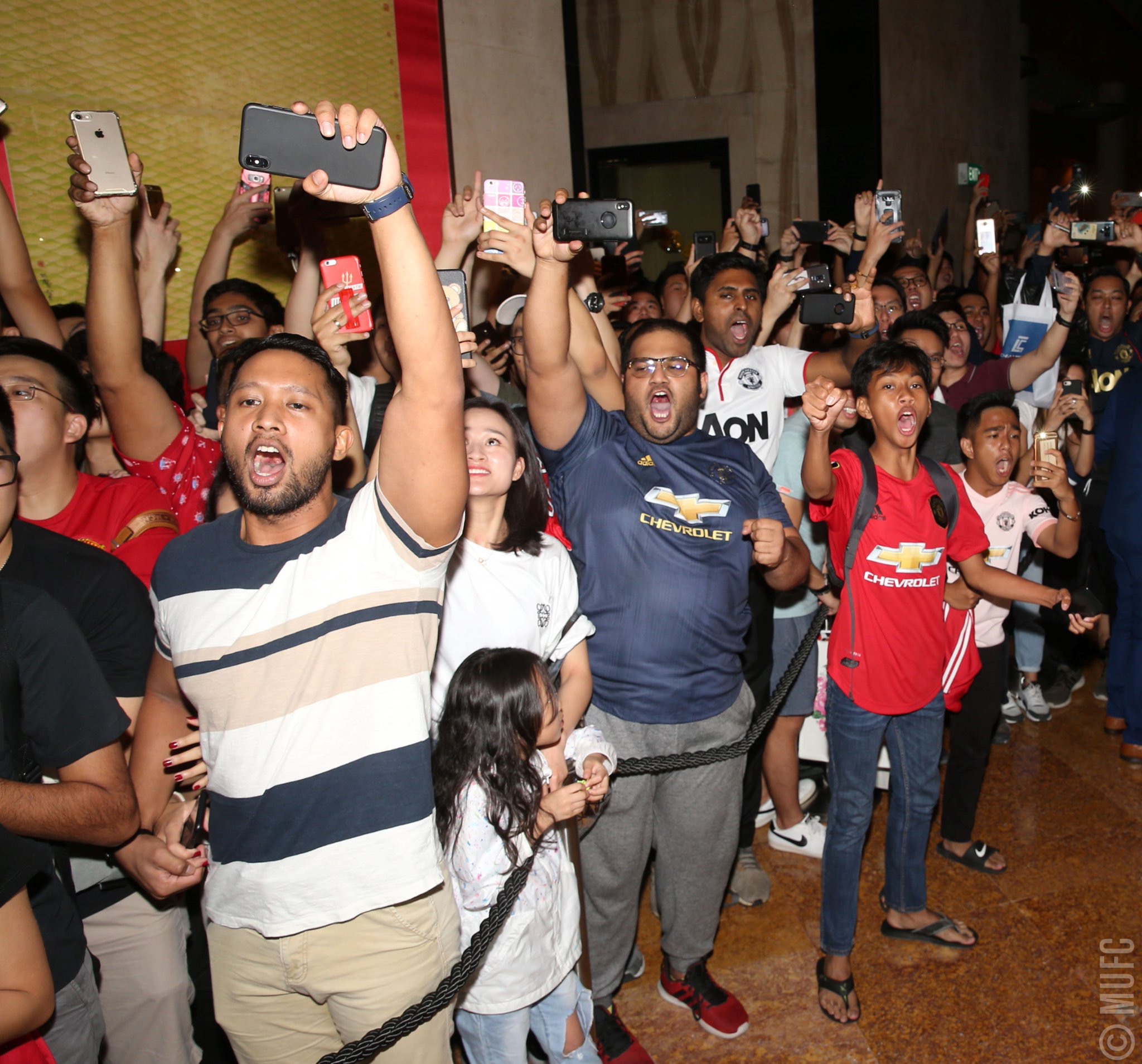 Manchester United fans were rubbed the wrong way by the Red Devils as they strolled into town on Thursday evening.

While fans of Tottenham Hotspur and Inter Milan were treated to wefies and autographs, fans of the Red Devils camped outside the Ritz Carlton Millenia Singapore were left high and dry.

In quotes provided to the New Paper, army regular Tristan Loh said, “this was a once-in-a-lifetime opportunity for most of us to see the players up close and we are so upset. The pull that this club have is massive. It is an international brand.

“I took leave to come down today just to see them. Getting rejected was the last thing any of us expected.”

According to the New Paper report, security around the team was tight and fans weren’t allowed near the hotel lobby as well.

The Red Devils will play against Inter Milan on Saturday 21 July while Spurs will take on Juventus on Sunday 22 July at the National Stadium.