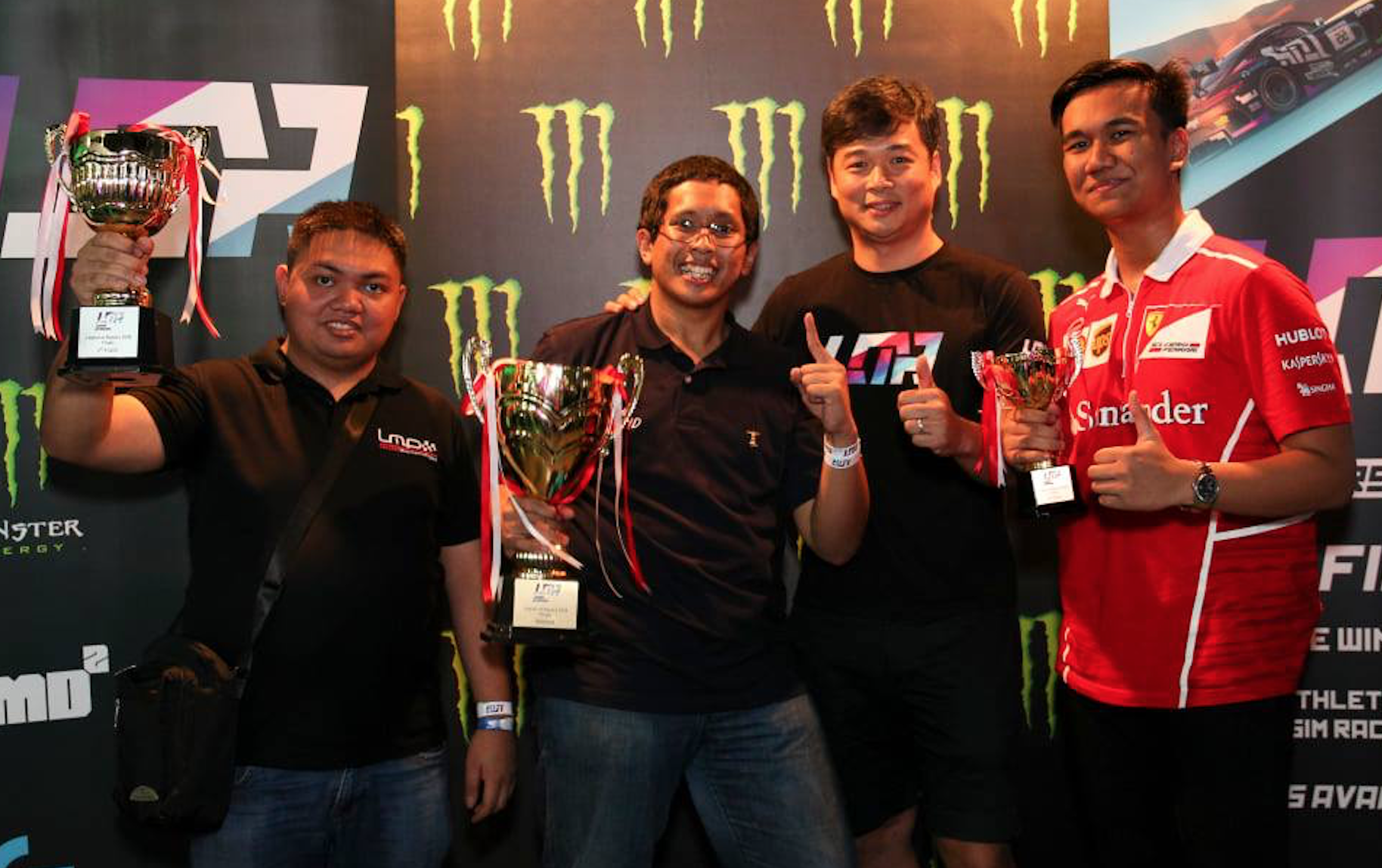 Three simulator e-racers have earned Legion of Racers (LOR) Esports contracts with the Legion of Racers after emerging in the top three slots in LOR competition held during GameStart 2019 at Suntec City on 12 and 13 October.

Two of the racers – 25-year-old Andika Rama (1st) from Indonesia and 27-year-old Luis Moreno (2nd) from the Philippines are LOR’s first set of foreign e-racers who have earned themselves pro-contracts. Singaporean student Nur Shahzliehan who is 18-year-old finished the competition in third place.

The LOR now have six e-racer athletes who are on pro-contracts under their stable. The other three are Ar Aleef Muhammad, Jaden Low and Jason Tay who were winners from the 2018 competition. GameStart 2019 is Southeast Asia’s premier gaming convention which was held on 12 and 13 October at Suntec City.

The winners will get an opportunity to represent the LOR in major events like the F1 Esports Championship and the Gran Turismo Championship, if they qualify.

Said Indonesian Andika Rama, known to be one of Indonesia’s top e-racers, “This has been a dream come true for me. I promised my family in Indonesia that I will do my best and I am glad that I have been able to fulfil my promise. This is an amazing feeling for me, as it is the first time that I have stepped out of Indonesia.”

Added Singapore student Nur Shahzliehan, “It was a tense competition and we were up against racers like Andika and Moreno who were really good Sim racers. I am honoured to be given this opportunity to be part of the LOR team.”

Said LOR co-founder Lim Keong Wee, “Over the last year, the Legion of Racers has grown exponentially. Since 2018, we have worked hard on awareness and outreach and have also been able to fly down some of the best e-racers to be part of the competition. We are already looking forward to another exciting year ahead for our e-racers and for the Legion of Racers.”

Added Melvin Moh, co-founder of LOR, “It has been a busy year for all of us as we watched LOR grow from strength to strength. We would like to thank all our partners and sponsors for supporting us in our journey.”