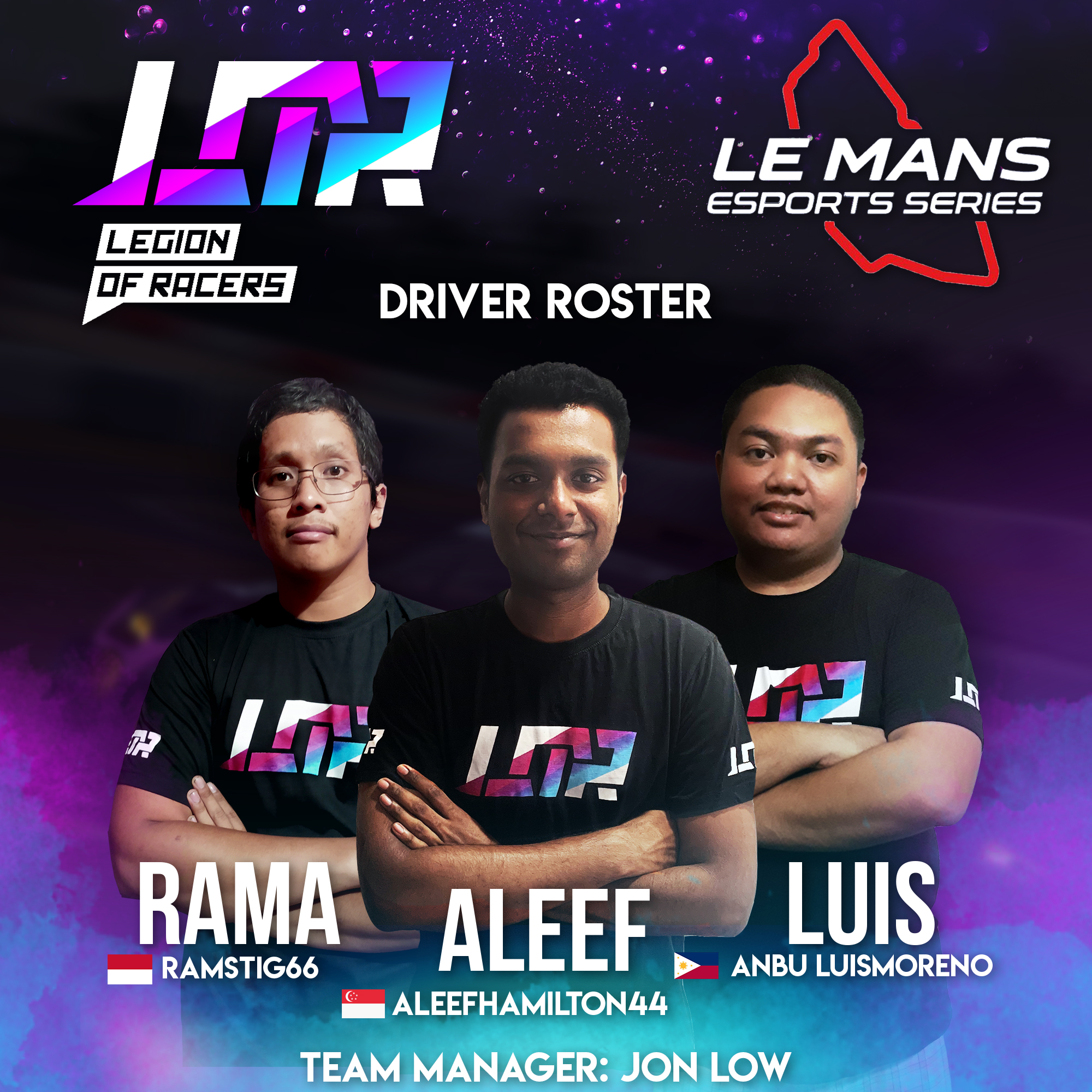 Three esports racing athletes from Singapore’s Legion of Racers (LOR) Esports team will face off against 15 other teams from all over the world at the Le Mans Esports Series 2020 world tourney which will take place from end of November 2019 till June 2020 with US$200,000 (S$273,248) in prize money up for grabs.

The LOR is the only team from Asia which have been accepted into the by-invitation only event which will feature 16 teams from all over the world, such as the Jean Alesi Sports Academy and Red Bull Racing Esports team.

The LOR team will be made up of simracing racers Ar Aleef Muhammad, Andika Rama and Luis Moreno. All three are professional esports racing athletes with the LOR. The Grand Finals of the Le Mans Esports Series 2020 will be held at the famous Circuit de la Sarthe in France ahead of the world-famous endurance race – the FIA World Endurance Championship.

Said Lim Keong Wee, a co-founder of the LOR, “In the world of motor-racing, the Le Mans track and the endurance race are considered legendary. It is an honour for us to be chosen as one of the teams by the organisers of the Le Mans Esports Series 2020 to be part of the competition, and we are truly looking forward to having the LOR team represent Singapore and Asia at the prestigious competition.”

Of the three racers to represent the LOR, Indonesian Rama and Filipino Moreno were recent podium winners from the LOR competition held during Game Start 2019 at Suntec City.

Singaporean Ar Aleef, who was recently crowned as Asia-Pacific champion at the Logitech G Challenge E-racing Championship on 12 October, and who subsequently finished fourth in the global event, will be the only Singaporean participating in the event.

Said Andika, who is regarded as one of Indonesia’s top simracers, “This is an amazing competition for us to be participating in as it has among the world’s best simracing teams taking part. It is truly an amazing opportunity for us to put the LOR on the world stage.”

Added Aleef, “This is truly an honour for all of us at LOR, to be granted this opportunity to race in the Le Mans Esports Series 2020. We hope the team will be able to fly the LOR flag high at the competition.”

Legion of Racers are clients of SW Singapore I Malaysia