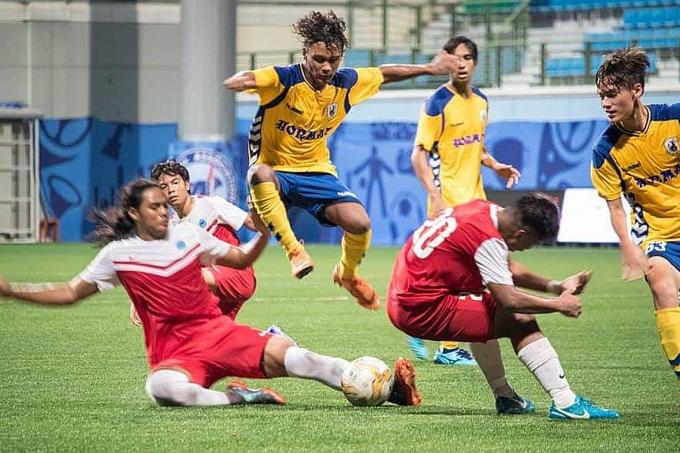 Former Tampines Rovers and JSSL starlet Hari McCoy could be set to make a mark in Europe.

The 17-year-old British is set to join Rio Ave which plays in the top tier of the Portugal Primeira Liga, it has been reported in the The New Paper.

The midfielder is said  to have been training with Rio Ave’s Under-19s since last July.

He returned to Singapore last month due to the coronavirus pandemic.

The club is helmed by Carlos Carvalhal, who had also managed Swansea City in the English Premier League in 2017/18, as well as Sporting Lisbon in Portugal and Besiktas in Turkey.

In quotes provided to TNP, Stags coach Gavin Lee, who’s known Hari since he was a youngster at JSSL said, “Hari came through the JSSL ranks and I saw him good enough for the Tampines U-19s then.

“As the cliched saying goes, if you are good enough, you’re old enough.

“Hari is (someone) that can play between lines and produce solutions that many do not see.

“He is very brave to take defenders on, capable of solutions to come out of tight spaces and is capable of very explosive actions in the final third.”