A SONG FOR THE LIONS? 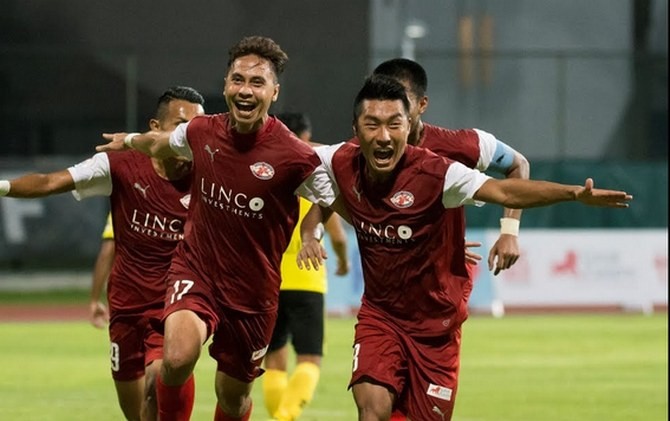 A South Korean born footballer could well be a Singapore Lion soon and represent Singapore in all international competitions.

Song Ui-Yong, who has been in Singapore since 2011, has received his Singapore Permanent Residency, and could well be in line for a citizenship soon, reports the Straits Times.

Song, now 26, first represented Home United in 2011 when he was fielded in the Prime League by then Protectors coach Lee Lim-saeng.

“It would be an honour to contribute to playing for Singapore,” Song told the Straits Times.

Song has been on the radar of the national team selectors for some time, wroth former national coach V Sundram Moorthy already making a case for the player to don national colours when he was national coach.

in 2017, Football Association of Singapore President Lim Kia Tong had also spoken about the need to lift the Lions with the injection of naturalised talents.

In May 2017, Lim said: “I had a long conversation with Sundram, and I told him he must do something to bring up the national team.

“We spoke about the need for the FAS to perhaps consider bringing in well-established foreign players here, and we spoke about Song, (Jordan) Webb and (Sirina) Camara,” said Lim.

The last foreign player to be naturalised in Singapore was Qiu Li in 2010.

It can be argued that the presence of naturalised players in the national team gave a Singapore Lions a good run at regional competitions in the years between 2002 to 2012.