DO OR DIE FOR TAMPINES ROVERS. 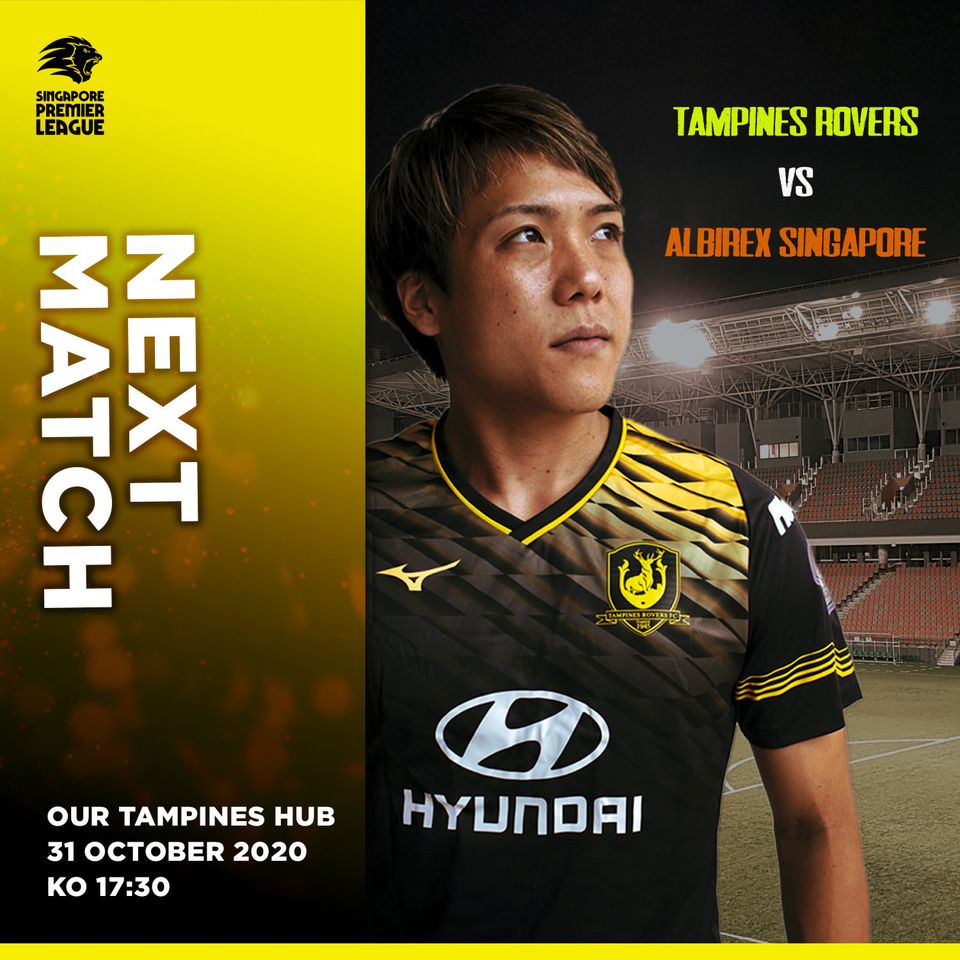 With only ten remaining matches to play in a shortened season, the clash at Our Tampines Hub is a must-win for the title-chasing Stags after last week’s shock defeat against Hougang United.

For many years, the Stags have been the biggest team in Singapore, owing to the generosity of its former chairman, Komoco Motors Boss Teo Hock Seng.

Under current chairman Desmond Ong, the Stags have opted for a more sustainable model.

Desmond has chosen to place his faith in NTU Sports Science and Management graduate Gavin Lee and his assistant ex-Singapore international Mustafic Fahrudin to build a team on limited resources, and the approach has paid dividends.

Eye catching displays of football have been accompanied by results. The Stags were the best Singapore side in 2019. They finished 2nd in the league behind champions Brunei, and won the Singapore Cup.

But their position as the top team in Singapore is now under threat.

The Sailors displayed their financial muscle, plucking Tampines’ Captain Shahdan Sulaiman from Our Tampines Hub by doubling his wages.

Tampines are still ahead at this moment.

In fact, the Stags put the Sailors in their place, thrashing them 4-0 in March before the league was halted due by the pandemic, but with their financial might, you sense it is only a matter of time before the Sailors catch up, especially with a new $10 million dollar training centre in the works.