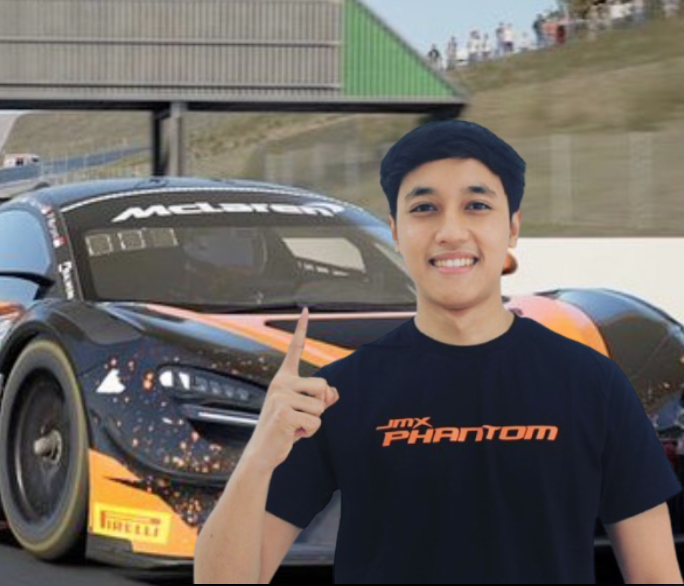 Indonesia’s Avila Bahar, who is the 2021 Legion of Racers Online League champion is just continuing the family tradition of being involved in racing.

Avila, who is 19-years-old, started track racing when he was 14, continuing a tradition which was started by his grandfather, Aswin Bahar.

In Indonesia, the Bahar Racing Family is synonymous in racing circles.

His late grandfather Aswin started racing in 1963, and his father Alvin Bahar is still active in racing currently in Indonesia.

Avila started being involved in sim racing after Covid-19 grounded track racing in Indonesia, as it did in most other parts of the world for a while.

He only started sim racing about nine months ago, and decided to take it up as he saw that it was very competitive, with many talented sim racers being involved.

“Covid-19 made us stop real life racing but I have increased my knowledge of car set-ups and have learnt more about car characteristics, precision and data logging and muscle memory since taking it up, which is all positive.”

When asked how he felt about winning the 2021 LOR Online League, he said, “It feels great and I’m really proud to win one of the most competitive races in Asia, and really happy to win the Nation Cups for Indonesia as well.”

The victory at the LOR Online League only means that he will get used to taking part in sim racing competitions which are of a higher intensity against better opponents.

A challenge he is looking forward to.

“Great competition, great rivals make us a better drivers, with mentality and attitude.

“So it’s all about being brave,” he said.

And he had some advice for other sim racers or budding racers.

“Don’t be afraid to step up to the next level of competition as it will make us become more qualified as a driver and as a person.”