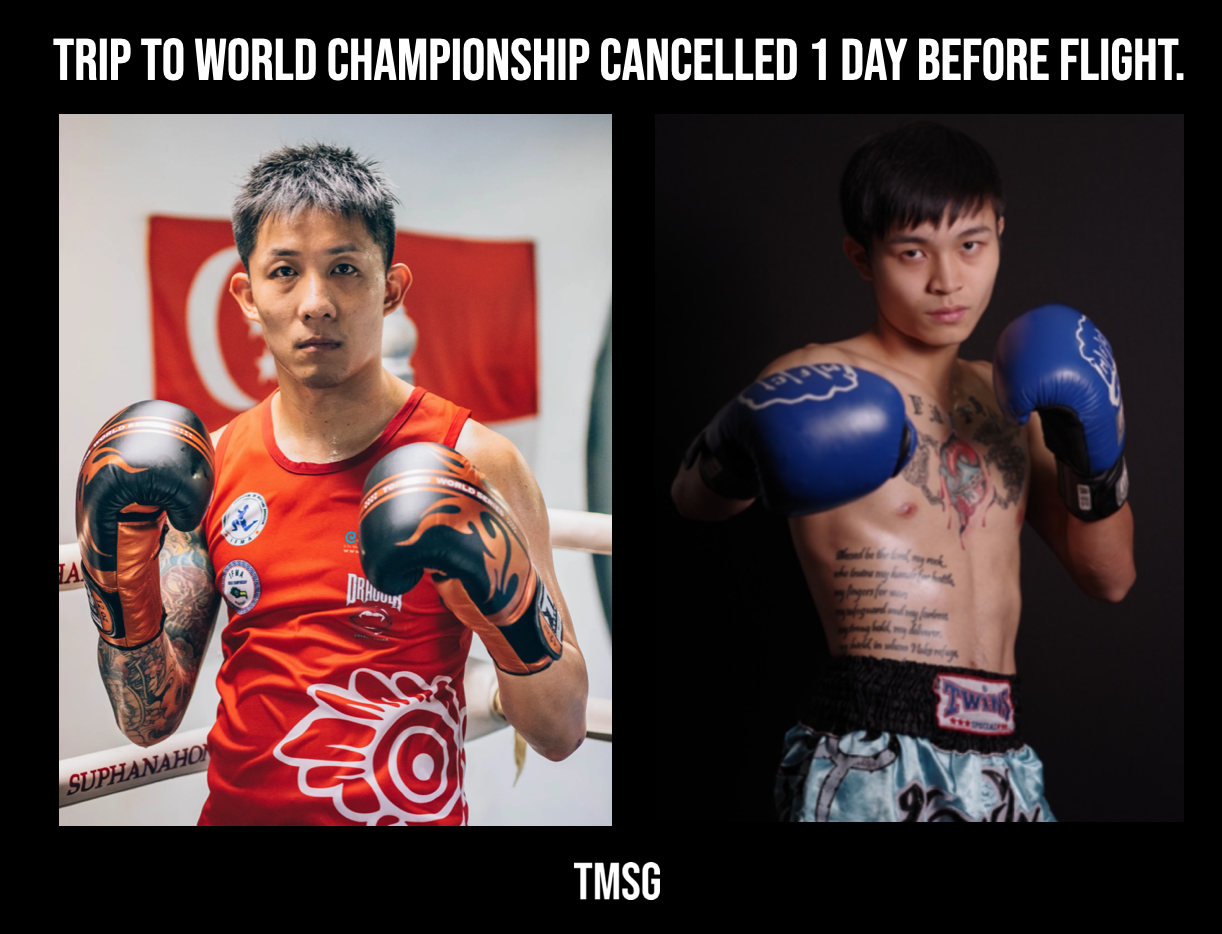 Singapore’s muaythai athletes were abruptly told on the eve of their departure to the International Federation of Muaythai Associations (IFMA) Senior World Championships in Abu Dhabi that their trip had been cancelled.

All because of an allegation that the the Singapore Muaythai Federation’s sponsor pulled out its support because there was no guarantee of medals.

The sponsor was not named.

Lee said in an IG story, “We have been denied this opportunity last night after all the effort and sacrifices we have put into this coming world championship.”

On his Facebook post for friends only which TMSG has seen, 29-year-old Chai added, “Team Singapore Muay Thai is supposed to fly off for IFMA World Championships today but we were told last night that the entire team will not be competing and thus the trip has been cancelled.

“A change definitely needs to happen for unfair practises, for the sport to be better here in SG.

“For me it doesn’t matter if I get to represent Singapore or not as there are many opportunities elsewhere and there’s limited time left to compete, most  fighters do this out of their own passion and out of their own pockets, at least the ones that I know personally only care about self growth and having a good experience while it last.

“But it is very important for the future of this sport in Singapore to grow, it needs to be well guided and lead properly, that is of the most importance, for all the young and future athletes.”

He added that it was baffling that sponsors would make demands for medals, and that it would be pointless for them to support the sport if all they were looking at were the medal returns.

Both athletes did not respond to DMs.

Four Singaporean athletes were due to travel to Abu Dhabi for the World Championship.