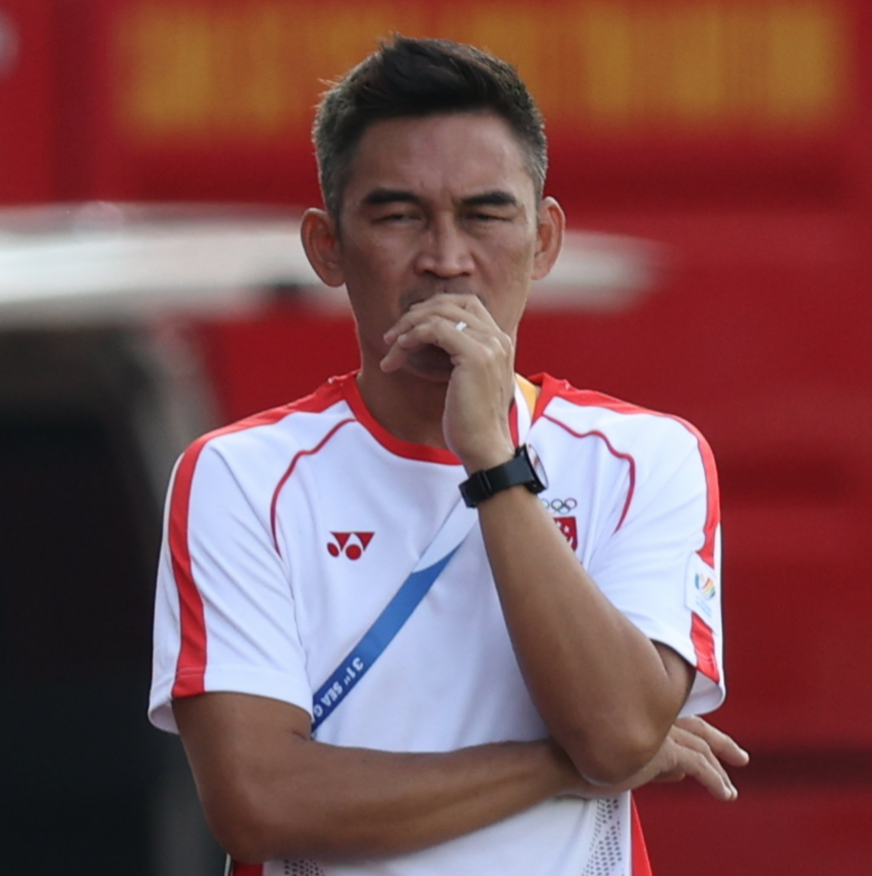 Either Nazri Nasir just cannot cut it as a coach or the Football Association of Singapore (FAS) management needs to take the blame for the recent Southeast Asian Games fiasco.

In an interview with the Straits Times published on 24 May, Young Lions coach Nazri complained that he did not have enough time to prepare the team for the Vietnam Southeast Asian Games.

Which is shocking for a country which only a year ago unveiled its grand plans to qualify for the World Cup in 2034.

Nazri said that he only had a week to train with his SEA Games squad, which explained why his young charges returned on an early flight with only one win – a 1-0 victory over Cambodia to show.

There were also draws against Laos and Malaysia and a disaster of a match against Thailand.

“We need the players to gel together,” he lamented in quotes given to the Straits Times.

“If we could have played more matches or had a (longer) training camp, it would have been better.”

The question is – did Nazri ask for more time with the squad?

And if yes, and if he was denied, why?

And if he was not given ample training time, who from the FAS denied him the time needed for him to prepare his team?

And why did Nazri not raise this issue before the tournament if he felt it was important for him, and more importantly, his team.

Centralised training only began on 25 April, with the team playing only one closed-door friendly with Singapore Premier League side Albirex Niigata.

Any primary school football fan who has some interest in football will know that this is insufficient for a team preparing for a major event.

Added Nazri, “When you prepare for a tournament like the SEA Games, we need to have more time together.”

“The intensity of the football (in the SPL) and the aggression is different,” he further added, stating the obvious.

“Looking forward, we should have more games, more time for the players to be together and give me more time to work with the club players.”

But shouldn’t there be a post-mortem of what went wrong and shouldn’t the FAS be explaining to the public what led to the failure of the U23 team to get past the group stage of the event again?

There is something which stinks with the national football body coupled with a complete lack of accountability.

For a body which receives at least $20 million in public funding, it is unacceptable.