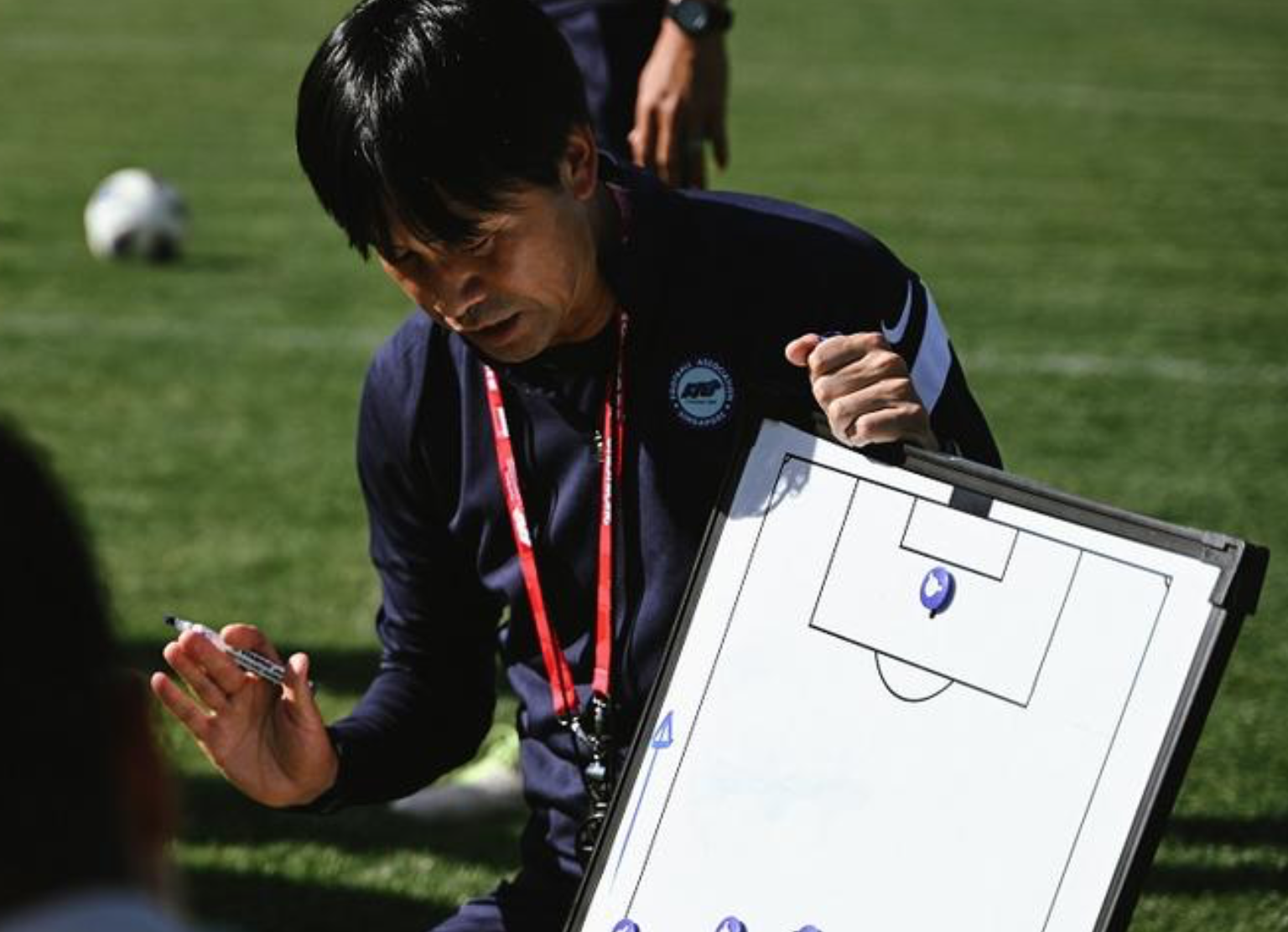 Three matches and three defeats under his belt so far.

Takayuki Nishigaya’s reign has so far been 100 per cent.

100 per cent of losses in as many matches.

A friendly against Kuwait, and qualifiers against Kyrgyz Republic and Tajikistan.

Even after avoiding powerhouses like Uzbekistan, Thailand and Bahrain, Singapore’s national coach Nishigaya has failed in his mission to take the Lions to the Asian Cup finals.

He had said prior to the qualifiers that he was confident in his team’s ability and was aiming for the Asian Cup finals.

Nishigaya, unfortunately, does not know what he got himself into.

After two successive defeats in the Group F Asian Cup qualifiers against the Kyrgyz Republic and Tajikistan, Nishigaya, who was hired despite not having any international experience, has asked that fans believe in “my team” and in “our boys”.

“Our players have shown that we can compete against teams that have a higher ranking than us,” he told the Football Association of Singapore (FAS) website.

“How we can improve is to try to continue how we what (sic) we are doing.

“If we are able to continue to play this way, we will be able to achieve (results against better teams).

“So please, believe in ourselves.

“Please believe in our boys and my team.”

Actually, it is not the team that the fans do not have faith in, but it is in his credentials in leading the Lions.

He has no prior experience at the international level, just like his predecessor Tatsuma Yoshida.

Nishigaya added that he was “sorry for the Singapore fans.”

“We hope they are proud of the boys as you can see that the players really showed good performances and their commitment,” he said.

The problem is, the jury is still out on his abilities as a coach and the next major tournament would be the Asean Football Federation Cup at the end of the year.

How he performs then should be a measure of his ability and if he is really worth his salt.