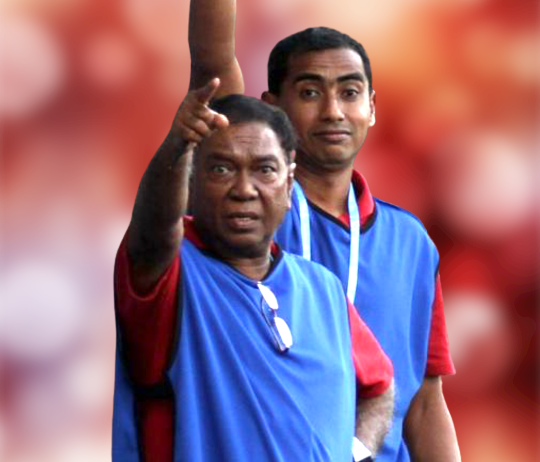 Former Singapore national coach Jita Singh believes that there are no local coaches good enough to lead the Lions.

Singapore’s former national coach Tatsuma Yoshida resigned at the end of 2021 after leading Singapore to the semi-final of the Asean Football Federation Suzuki Cup, losing to Indonesia over two legs.

Jita was quoted in a Straits Times story published on 23 January.

“I don’t see a local who has the required experience at the moment,” said the 72-year-old who has helmed various roles in the past including Police FC and Tampines Rovers FC coach.

“Some of our talented up and coming coaches like Philippe Aw, Gavin Lee and Nazri Nasir do not have the experience needed internationally.

“The next head coach needs to be someone who is top calibre and has at least managed on the international stage.”

Aw is currently the interim Technical Director while Nazri had a short stint as an interim national coach in 2019.

Lee is the head coach of Singapore Premier League side Tampines Rovers.

Jita himself was appointed as Singapore national coach in 1979, when he was barely 30, leading the Singapore team to the Malaysia Cup victory a year later.

His lack of experience internationally did not stop him from being appointed as national coach back then, and he went on to lead the Lions all the way to 1984.

He enjoyed a second stint with the Lions again in 1989, leading them to the Southeast Asian Games silver medal in Kuala Lumpur.

Separately and more importantly, the Football Association of Singapore (FAS) told the Straits Times that Singapore will have a new national coach by mid-March.

The FAS said that it received “considerable interest from notable local and foreign candidates”.

Singapore has also not appointed a technical director to replace Joseph Palatsides, who departed in November 2021.

Meanwhile, Malaysia has already appointed Kim Pan-gon as its national coach to replace Tan Cheng Hoe, who resigned on 3 January 2022 after Yoshida.