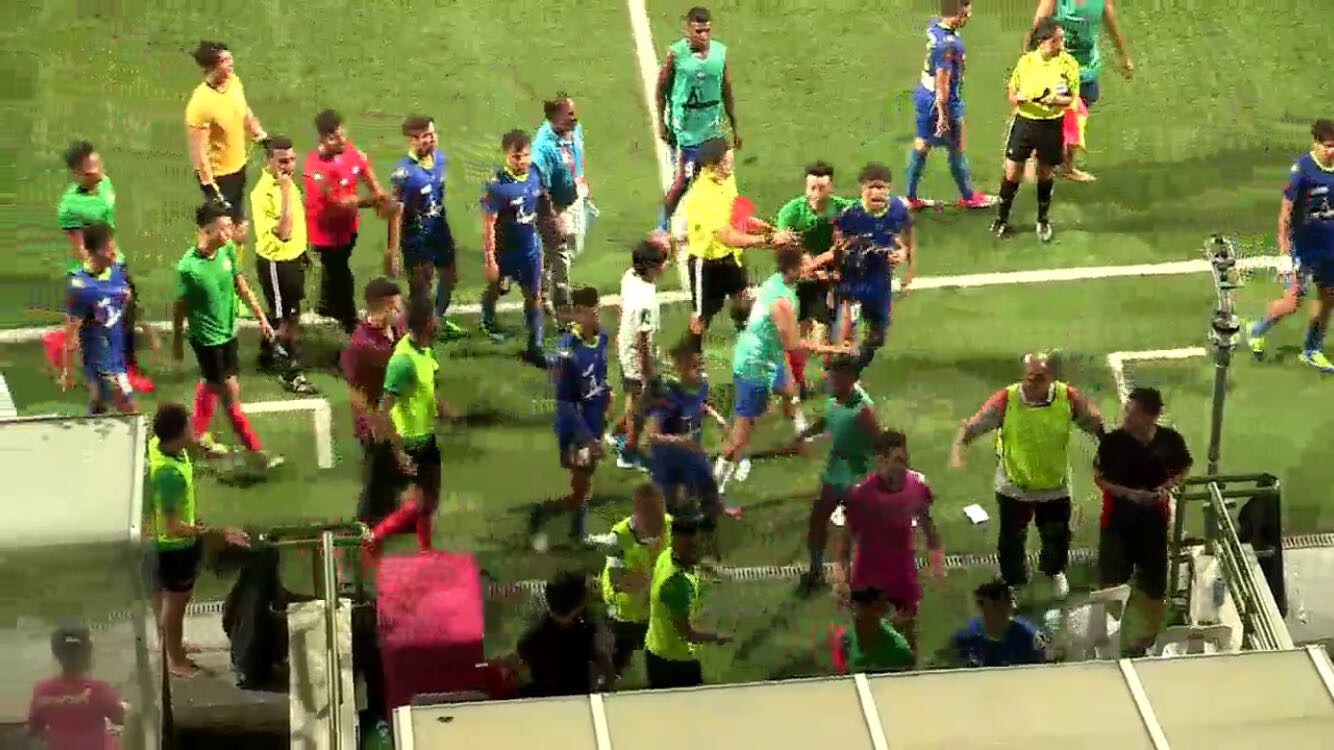 They chased each other around the Jalan Besar Stadium turf towards the end of the National Football League (NFL) Division 1 clash on Sunday, 12 November, allegedly due to an insult being hurled against a player from one of the teams.

What was even more damning for the football fraternity was that the match was actually streamed online. The footage was later removed, but not before recordings started showing up through WhatsApp messages.

The police were also called in, confirmed the Football Association of Singapore (FAS) in a Facebook post.

In comments made to the Straits Times, Yishun Sentek Mariners coach Yakob Hashim said: “Zulfadhli told me Nazirul (Islam) verbally abused his mother and he retaliated with a kick, which led to his red card although Nazirul was not booked. I was paying attention to the both of them when another scuffle involving the reserves broke out at another corner of the pitch.”

Yakob, a Council member of the FAS added that it “is regrettable that such an incident has happened. Investigations are ongoing and we will cooperate fully with the relevant authorities.”

In a statement released on its Facebook account, the FAS said: “At the National Football League (NFL) Division 1 Match between SAFSA and Yishun Sentek Mariners at Jalan Besar Stadium on 12 November 2017, a mass confrontation occurred between the two teams towards the end of the match.

“The police were notified, and arrived at the venue shortly to take statements from both teams after the match was completed.

“The FAS does not condone any ungentlemanly behaviour that taints the name of our sport, and brings it into disrepute.”

It ended by saying that it was unable to make any further comments as the matter was under investigation.

Yet another embarrassment for Singapore football, nonetheless.