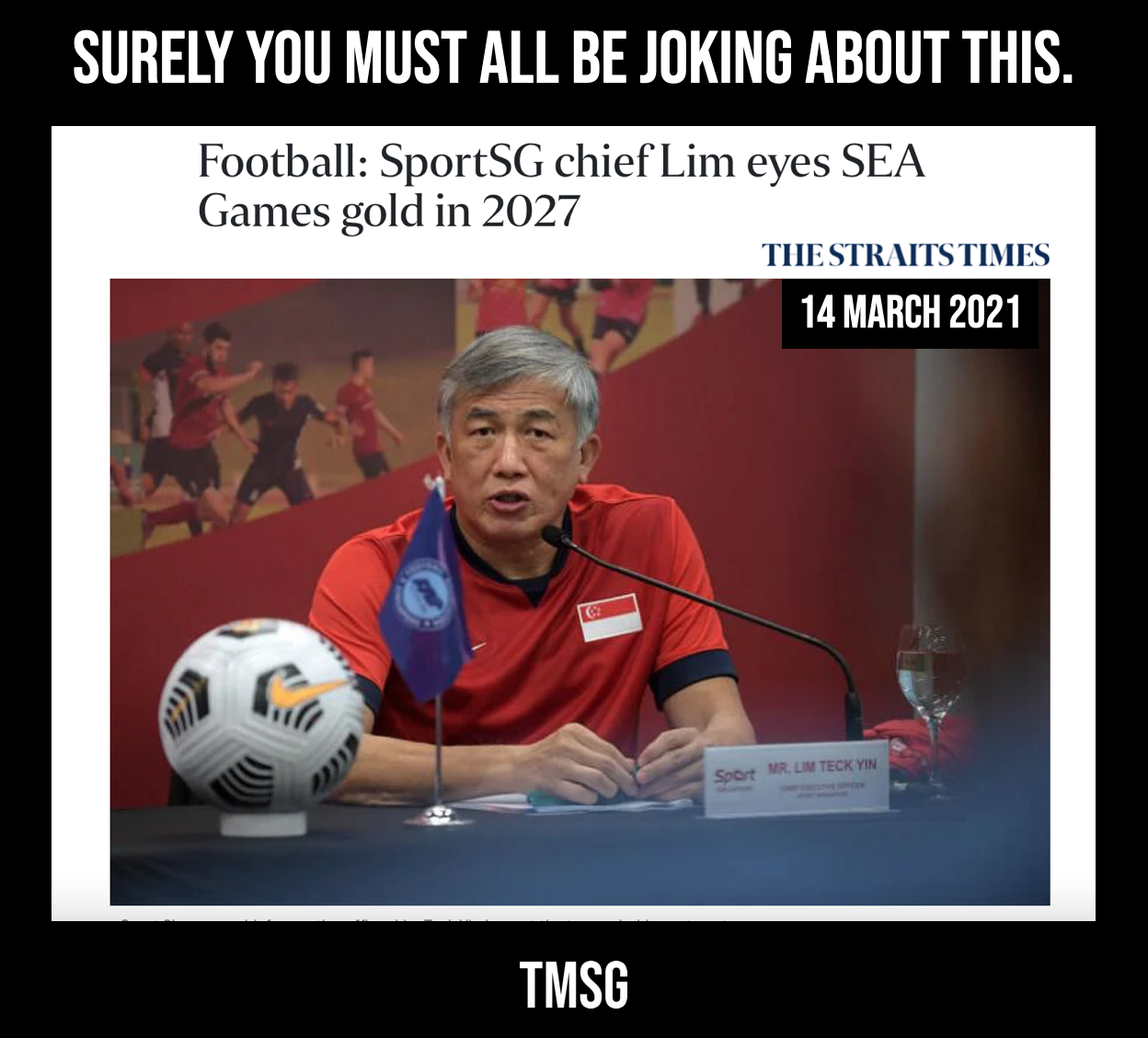 Singapore’s defeats to Timor Leste, Cambodia and Laos at the ongoing Asean Football Federation U19 tournament in Jakarta should not be shrugged off too easily.

The bulk of these players will be Singapore’s representatives to the Southeast Asian Games over the next two editions in 2023 (Phnom Penh) and 2025 (Bangkok).

With a target of winning the gold medal by 2027 having been set by Lim Teck Yin, the CEO of Sport Singapore, when Unleash The Roar was revealed in March 2021, surely alarm bells should already be ringing.

Results at the recent AFF U19 the reality.

How Singapore football will overturn its fortunes at the youth level remains a mystery, but one thing is for sure.

A sudden overturn of fortunes cannot be expected, given that Singapore’s youth teams have been getting smacked left, right and centre for years now.

Proof point – Singapore’s U19 sides have been eliminated consecutively at the AFF U19 tournament since 2015.

At the SEA Games level, Singapore’s footballers have failed to make the semi-finals of the competition since 2015, with the rot being set in right here when Singapore hosted the biennial competition.

But it looks like despite having made bold announcements with the release of the Unleash the Roar project a year ago in which the aspiration of making the 2034 World Cup was announced, there still appears to be issues which are impacting how teams prepare for battle.

One needs to read between the lines at Singapore U19 coach Fadzuhasny Juraimi’s comments after the loss to Laos on 9 July.

Coach Fadzuhasny said after the team’s final group match, “Given the circumstances, the boys tried their hardest to carry out the game plan.”

He did not explain what exactly were the “circumstances” he was referring to.

He added, “They know their limitations, yet they ran till they dropped.”

Again, he does not explain what exactly were the “limitations”.

But he did say that foundations have been laid at the tournament.

“My focus now is to conduct a thorough analysis of our time here in Jakarta so we can build on the foundations laid during this tournament in preparation for the Asian Football Confederation (AFC) qualifiers in September,” said the former international.

The AFC U20 Asian Cup qualifiers will be held from 10 to 18 September.

Singapore have been drawn into Group I with Tajikistan, Lebanon and Cambodia.

Getting anything out of the group, even a point, would be nothing short of a miracle.

For now, Singapore football fans just need to get used to being labelled as regional football minnows.