1993 SEA Games semi-finals match details on Wikipedia are all wrong. 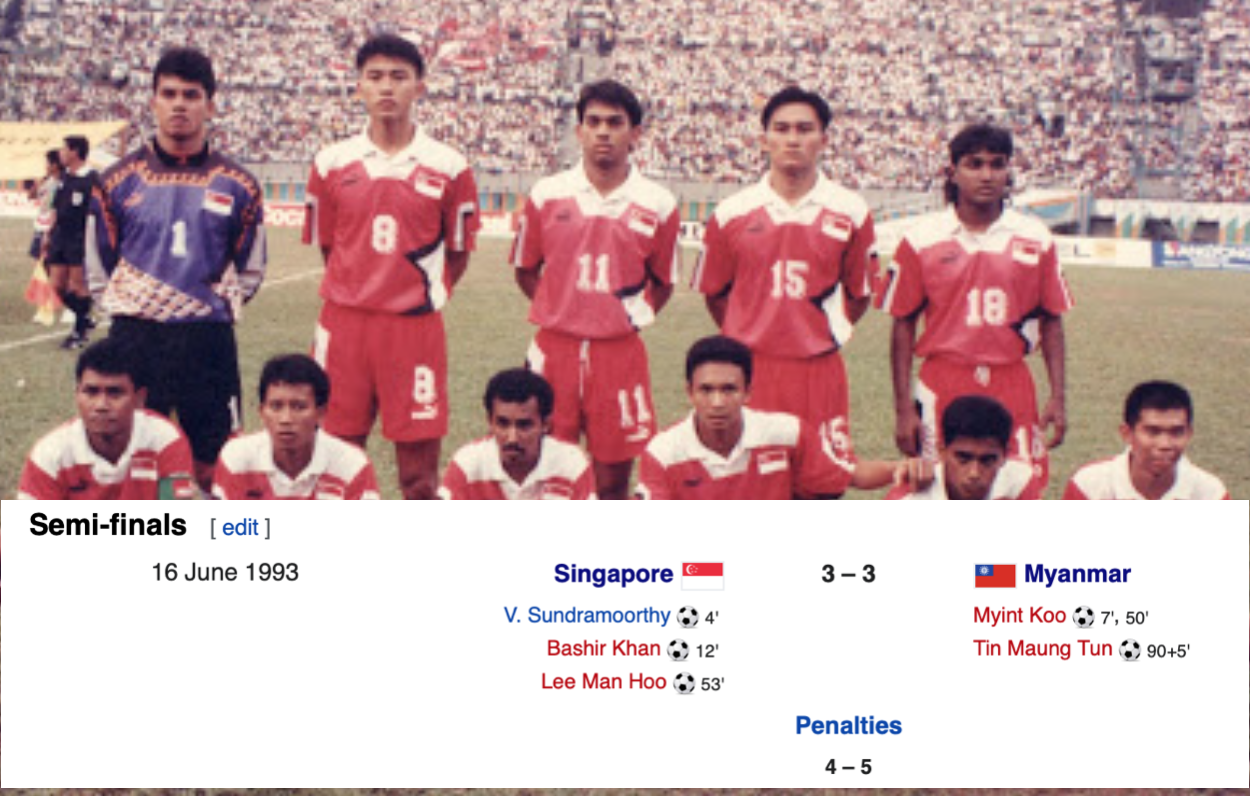 The 1993 semi-final football match at the Southeast Asian Games held in Singapore will always be remembered for perhaps all the wrong reasons.

But not according to Wikipedia.

The go-to platform for practically everything has almost all details about the match wrong.

In fact, they should be taken to task for possibly spreading ‘fake news’ about what happened on 16 June 1993.

In the match between Singapore and Myanmar which saw Singapore players scoring five goals but still not winning the match, details on Wiki have either been changed, or has placed wrong facts about the goalscorers.

The full-time score for the match after 120 minutes was 3-3, and Singapore went on to lose the shootout to determine who made it to the finals.

For example, it was Steven Tan who scored from the spot in the 5th minute.

Then it was Fandi Ahmad who scored Singapore’s second and not Bashir Khan.

In fact, Bashir Khan was the reserve goalkeeper and was on the bench.

Then, the two goals which helped Myanmar equalise was scored by Singapore defender Lim Tong Hai, and not Myint Koo as listed on Myanmar.

It was Steven Tan who scored the equaliser for Singapore and not Lee, who was not in the squad that year.

The scorer of Myanmar’s third goal was not Tin Maung Tin but Win Aung.

The final score from the penalties was accurate though, in that Singapore did lose 4-5 with Razali Saad missing the crucial penalty which saw Singapore fail to make the final that year.

Of all the matches, it does appear that whoever made the insertions really had poor knowledge of Singapore’s football history.

And especially of that one match which still remains on the minds of many Singapore football fans.