More ramen and $20,000 for runner Soh Rui Yong as sponsorship with Takagi Ramen is extended. 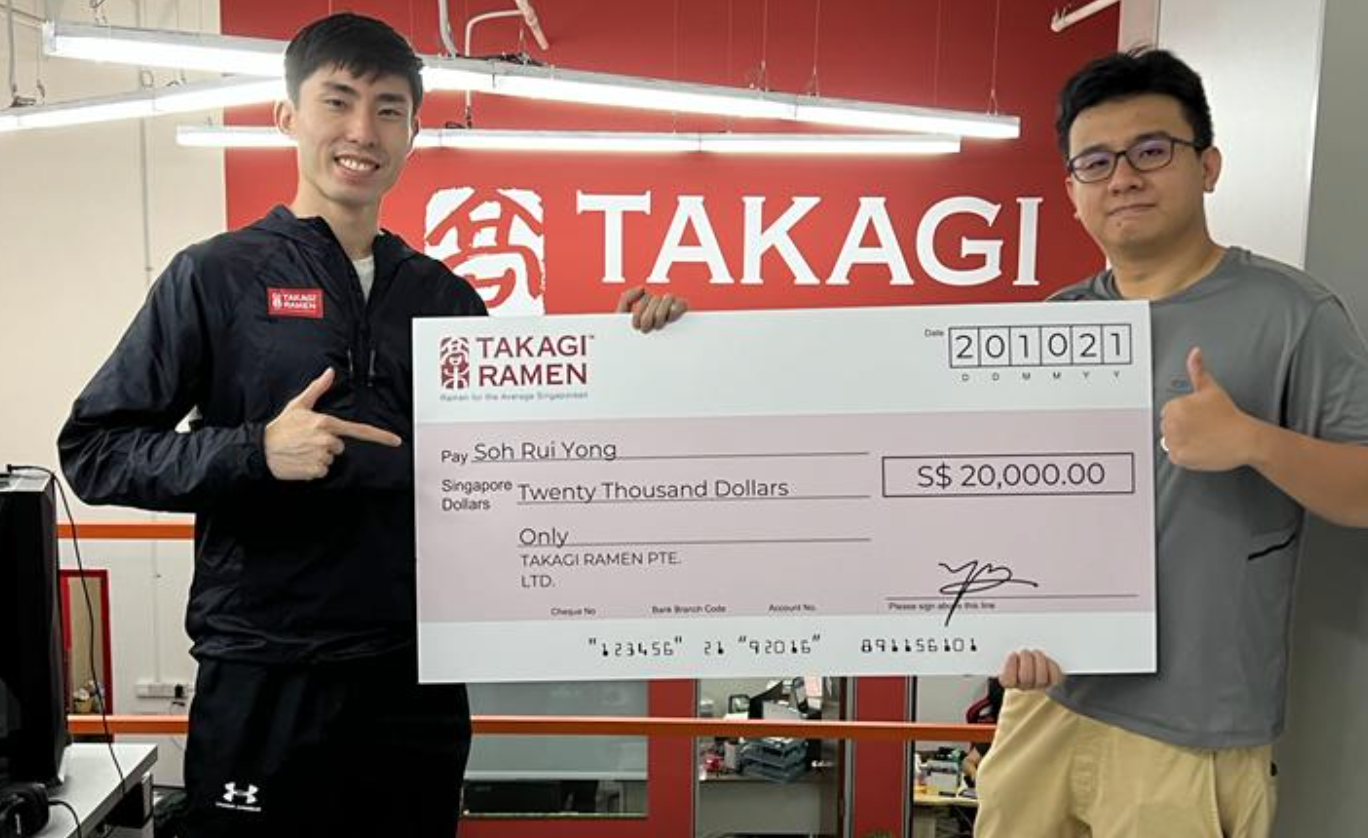 Soh is also currently in the second year of his three year law degree programme at University College London.

The new deal comes as part of Takagi Ramen’s continued expansion into the Singapore F&B industry, with the business announcing a new ramen bar opening at Redhill on 7 January 2022.

Takagi Ramen first signed Soh as an ambassador in October 2021.

In Soh’s first year with Takagi Ramen, the Singapore athlete rewrote the national records for the 10,000m and the marathon.

Soh has credited Takagi Ramen for these breakthrough performances.

“Takagi Ramen has been a fantastic brand to work with – they have been extremely supportive not in material terms but by providing immense moral support and encouragement as well.

‘There is also nothing better for the soul than a delicious hot bowl of ramen after a hard training session that leaves me exhausted and hungry.

“I am humbled and honoured to receive their support and will strive to reach even greater heights this year, with the Takagi logo on my chest,” Soh said.

“As a distance runner, I burn a lot of fat and carbs.

“It’s important to consume enough post workout to recover, and a bowl of Takagi Ramen gives me the protein, carbohydrates and fat I need to fully absorb my training load and take my body to a new fitness level.”

Soh won the marathon gold at the 2015 and 2017 SEA Games but has missed out on being selected for the 2019 and 2021 SEA Games due to past disputes with the Singapore National Olympic Council.

Takagi Ramen founder Yang Kaiheng hopes that the parties involved can put their past behind and move forward in the best interests of Singapore.

“Since Soh’s non-selection in 2019 and 2022, Singapore men have not won a single gold medal in track and field at the SEA Games.

“I think it’s safe to say that we have not handled matters in the best interest of Singapore.

“Having followed the disputes with interests, both parties have their merits and reasons for acting in the way they did.

“Whatever we feel about Soh’s handling of disputes in the past, he has apologised to SNOC and acknowledged he could have done better.

“For the best interests of our country, I hope SNOC can accept his olive branch and field our best athlete for future games again,” Yang said.

Yang added that Soh was “an extremely hardworking athlete, a diligent student who will soon graduate with his law degree and a great ambassador for Takagi Ramen.”

“I believe he is a role model for every young Singaporean striving for success in studies, sports, or in their career as well,” he added.