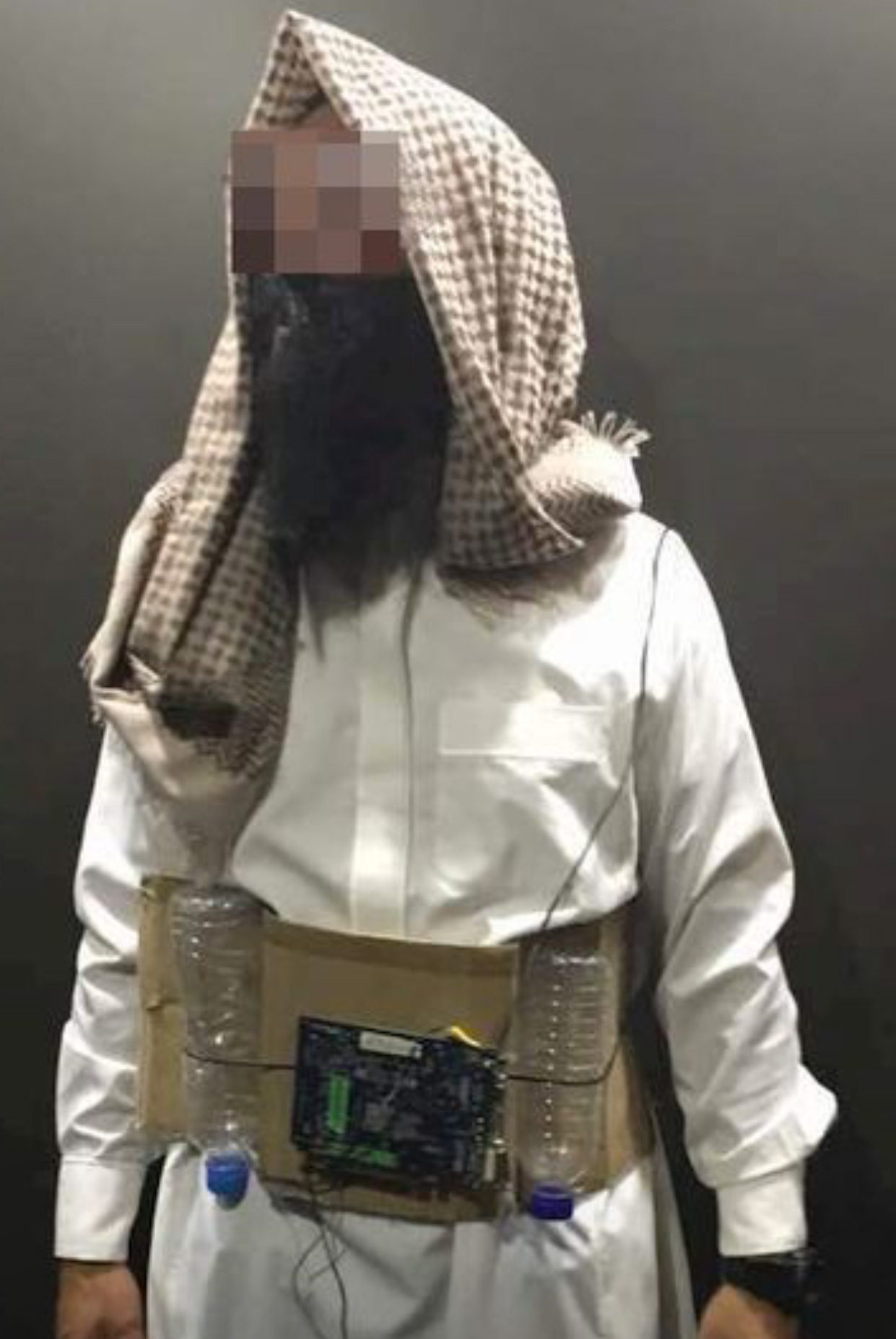 A man who dressed up as a suicide bomber apparently for a Halloween Party freaked residents of Kuala Lumpur condominium Damansara Perdana. Unfortunately, the police did not see the funny side of his costume.

In response to Malaysia’s The Star, Petaling Jaya OCPD Asst Comm Mohd Zani Che Din said that a police report was filed on Tuesday over the incident that occurred on 28 September, about a month before Halloween which is usually celebrated on 31 October.

“At about 7.40pm, residents at an apartment in Damansara Perdana came across the man who was dressed as a suicide bomber.

“It was for a Halloween party and he was spotted riding the lift,” ACP Mohd Zani told The Star.

A police handout photo showed him dressed in white with a fake beard and a chequered towel wrapped around his head.

A fake “circuit bomb” made out of cardboard, an “antenna” and plastic bottles were taped round his waist.