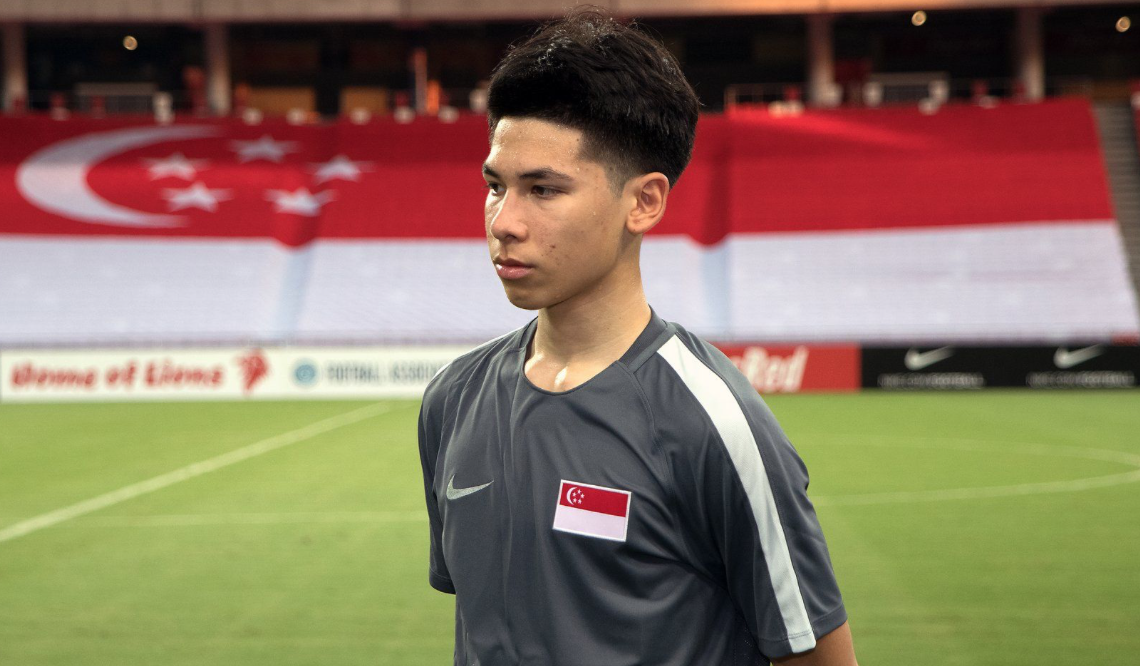 The Ministry of Defence’s rejection of young footballer Ben Davis’ request for deferment from National Service only shows how myopic its policy is.

Singapore football fans (and many others around the world) view the English Premier League as among the world’s best arenas for a footballer.

It is what every young footballer dreams of when he starts playing professionally, to be able to take to the field and face off against players from Manchester United, Chelsea, Liverpool and so many other world renowned clubs.

With a professional contract with Fulham FC to run till June 2020, Singaporean Ben Davis now has that opportunity to carry the Singapore flag in the English Premiership.

His success will be our success, a nation’s pride. A goal he scores in Craven Cottage will be a goal we cheer loudly for in Singapore.

We will cheer not because we are Fulham fans but because he is a Singaporean, someone who has represented Singapore at junior national competitions and who has been called up to the senior national football team. Someone who has gone to school with our sons and daughters.

For MINDEF to state that it is a personal pursuit and that it is not fair to “approve applications for deferment for individuals to pursue their own career and development’ is myopic and shows a complete sense of ignorance to the significance of the achievement by a young Singaporean.

The fact is Ben is an exceptional talent, and who has now signed a professional contract for an English Premier League club which is well known for giving young stars a chance.

He is now to Singapore football, what Joseph Schooling is to swimming with the difference being that he is a member of a team sport.

Just because “very few applications have been approved over the years and based on criteria which are made known to the public” does not mean that MINDEF should not relook its policy to determine if Ben is deserving of a deferment.

The Football Association of Singapore should do its level best to support the deferment, as should the Ministry of Culture, Community and Youth. MINDEF should also relook its deferment policies for National Service and take into consideration the different success factors in sports.

A Government’s role is to help our young Singaporeans achieve their dreams, and not destroy them.

By the way, has anyone in Government congratulated Ben Davis for becoming the first Singaporean to sign a professional contract in one of the world’s best football leagues?

Do you have an opinion about this? Write to us at opinion@themonitor.sg.