Young Lions management getting roasted on Twitter for $250 Young Player of the Month award prize money. 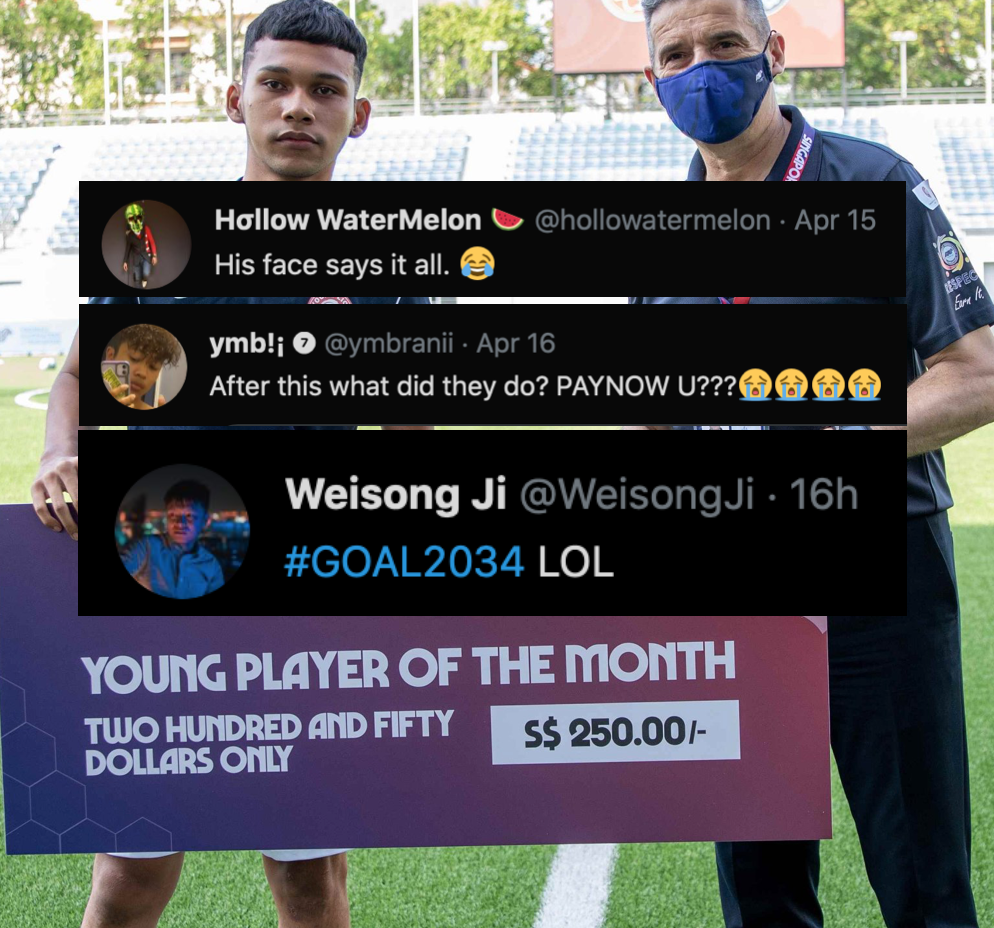 It did not help that Khairin Nadim Rahim was not smiling in the photo which was posted on the official Young Lions Facebook page and Twitter account when he was named the Young Lions Young Player of the Month in a post put up on 12 April.

But it looks like Twitter has not responded well to the fact that the player was only receiving $250 as a reward for his award.

And while the post was put up about 10 days, the online chatter has been growing.

See some of the (rather hilarious) responses.

Then just 18 hours ago, comedian Just Jaarvis came up with this.

Netizens also referred to an incident across the Causeway a few years ago when former Youth and Sports Minister Khairy Jamaluddin handed out mock cheque prizes for RM50 (about S$16), and even for lesser amounts.

So what is a fair amount for an award like the Young Lions Young Player of the Month?