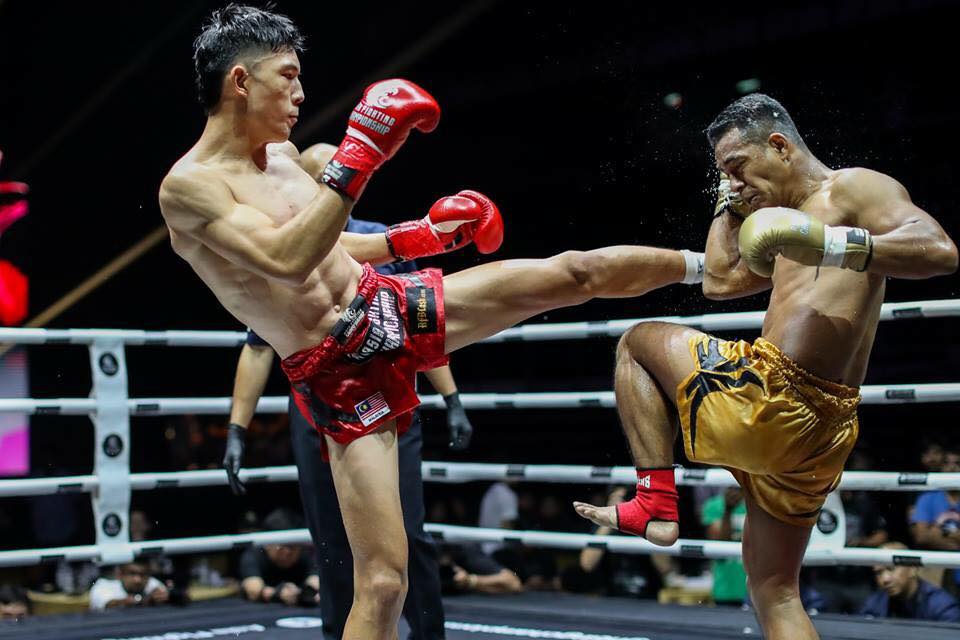 He promised that he will come away with a victory at the Asia Fighting Championship #AFC02 event in Kuala Lumpur on 21 September and Singaporean Brandon Ng did not disappoint.

In a unanimous decision, Ng lifted the 66kg category title at the Axiata Arena after getting the better of Malaysian favourite Mohd Amirul Ariffin.

Looking leaner and ribbed compared to his Malaysian opponent, Ng, who fights under the Muse Fitness Club banner, floored his opponent on more than two occasions.

It did not appear that he was troubled by Amirul throughout the bout, which justified the unanimous decision by the three ringside judges.

Said Ng, “It is never easy to face off against an opponent in his own home turf, but I am glad I won it for Singapore.”

In the 57kg category, Singapore’s Wynn Neo managed to secure a technical knockout against Indonesia’s Junaris Sianturi in the third round.

Neo came under intense pressure in the first few seconds of the first round but prevailed in the end.

Said the Aeronautical Engineering student from Temasek Polytechnic: “I knew he was going to come for me in the first round so I just soaked up the pressure and waited for my moment.”

Singapore’s other fighter at the Asia Fighting Championship Chai Kai Quan was floored by South Korea’s Solbin Lee in the second round. Lee was declared a winner by a technical knockout.

The Asia Fighting Championship was held at the Axiata Arena at the Kuala Lumpur Sports City on 21 September.