This will be war. 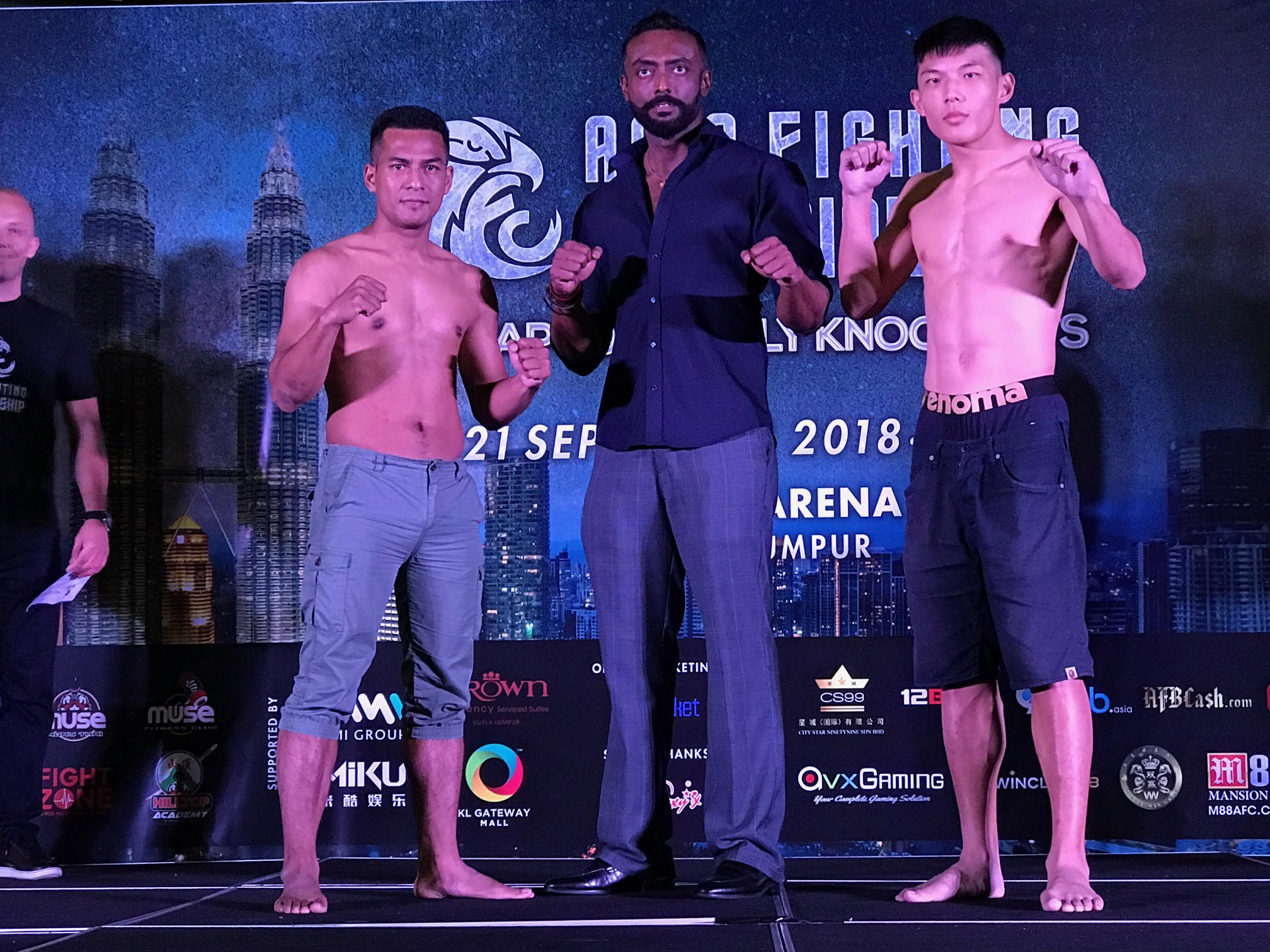 Singapore’s Brandon Ng is all set and ready to rock and roll on Friday at the region’s muay thai extravaganza – Asia Fighting Championship’s AFC02.

The AFC02 event will be held at the Axiata Arena, Kuala Lumpur Sports City and will showcase 11 fights including two main bouts.

Ng is in the main bout for the evening and will face off against Malaysian Mohd Amirul Ariffin in the 66kg category.

At the weigh in and face-off at the KL Gateway Mall on Thursday, the Singaporean professional muay thai fighter who fights under the Muse Fitness Club in Singapore, said: “This will be my second appearance at the Asia Fighting Championships. It is not going to be an easy fight but I am determined to win it.”

Mohd Amirul is a renowned muay thai fighter who has medaled at the World Muaythai Championships.

Apart from Ng, two other Singaporeans will be in action in Kuala Lumpur.

Added 22-year-old Neo, who is an aeronautics engineering student of Temasek Polytechnic: “This is going to be an experience of a lifetime for me, and hope to make a mark in the muay thai circuit along with my other Singaporean team-mates.”

This is the first time that the Asia Fighting Championship is being held in Kuala Lumpur.

The first edition was held in Singapore in September 2017.

AFC is a new brand which presents a futuristic concept of muay thai featuring some of the world’s best kick-boxers as it aims to foster ties between the competing countries.