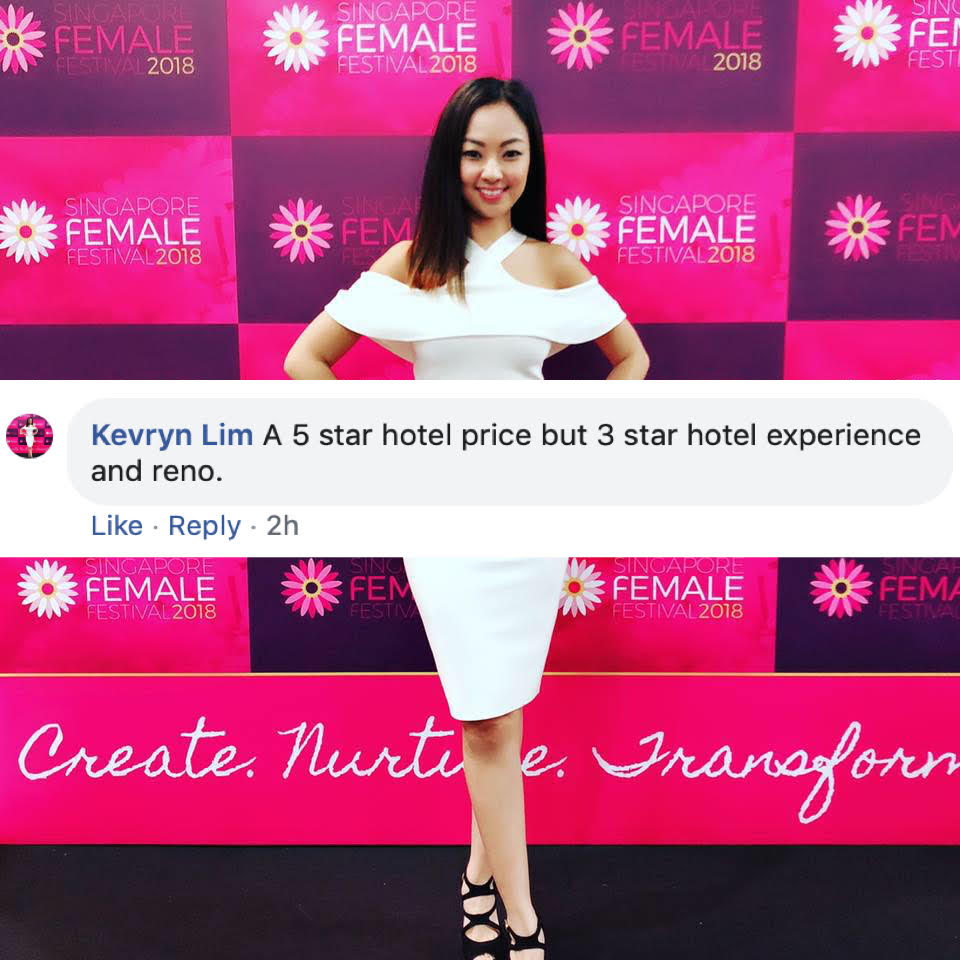 In a post put up on Christmas Day, the 30-year old said that Montigo Resorts was “really really disappointing and disgusting”.

While she did not mention which of the resorts she was referring to, we have assumed that it was the Nongsa in Batam as it was meant to be a short Christmas holiday and a short trip for her.

She said that the “place is pretty much falling apart everywhere”, “all furnitures were stained and “when I went into the bathroom, trying to shower, I realised all the shampoos, conditioner and body wash were being used before, some were even emptied out.”

There was a picture of a stained carpet which also looked like a scene of CSI.

She added the resort charged for every single thing and “for the cost of things here, one may as well just do a staycation in Singapore.”

She even posted a video of her experience.

Ms Lim was a National Solidarity Party candidate at the 2015 General Elections at the Sembawang GRC, up against a team led by Khaw Boon Wan.