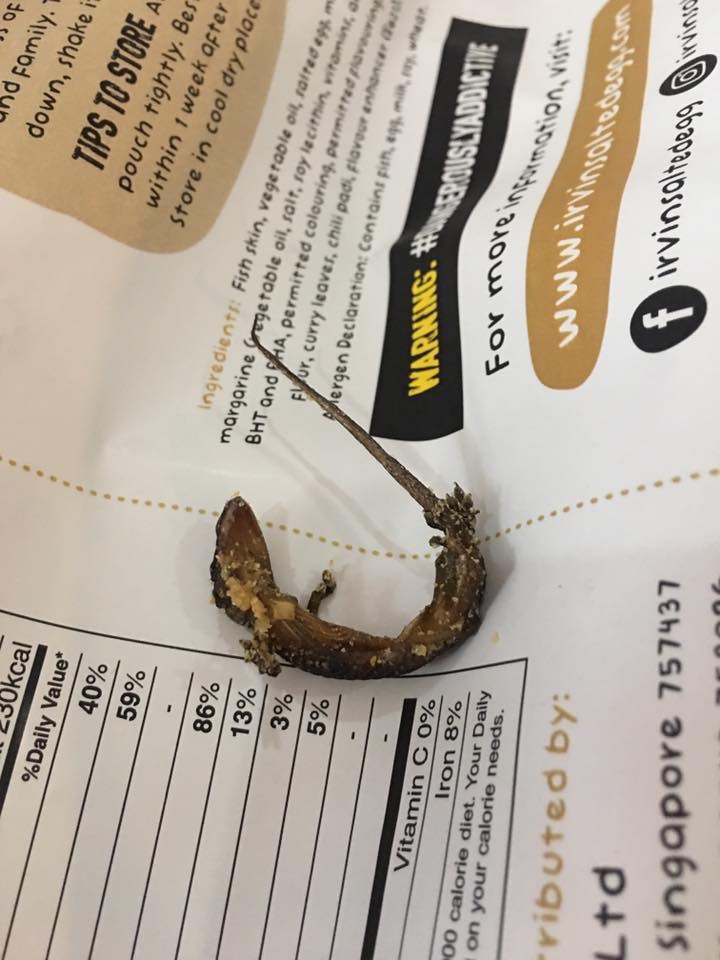 Singapore-based food company Irvins Salted Egg is sorry that a dead lizard was found in a snack pouch of its Fish Skin product which was opened by a customer in Bangkok.

In a lengthy Facebook post signed off by founder Irvin Gunawan, said he was ‘shocked and devastated’ that a dead lizard was found in one of its snack pouches.

He added that he promised ‘to investigate this further as we don’t have a full explanation on how the dead lizard ended up in our snack pouch and we promise to make the necessary changes in our production to ensure this will never happen again.’

He also offered refunds for packs which expired on 16 October 2019.

The dead lizard was discovered by Jane Holloway who made the startling discovery after opening a pack in Bangkok, where each pack costs about 700 baht (approximately S$29).