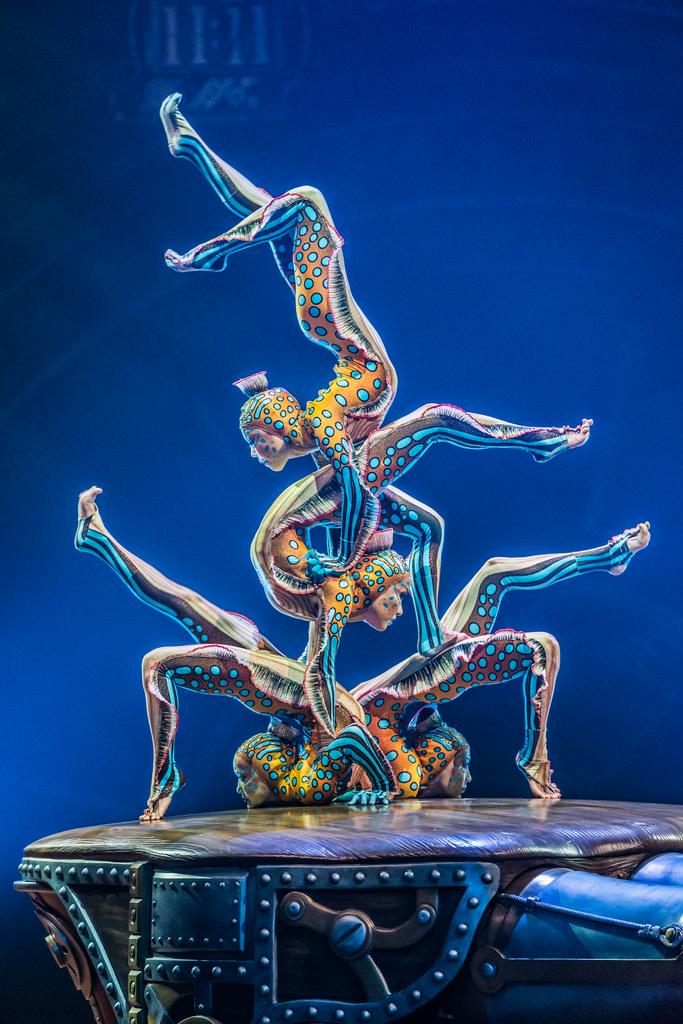 Cirque du Soleil is back in Singapore with its most acclaimed touring show to date called, KURIOS – Cabinet of Curiosities™.

KURIOS will premier under a new grey-and-white Big Top from 5 July 2019 on Bayfront Avenue, next to Marina Bay Sands and is presented by M1.

Written and directed by Michel Laprise, KURIOS – Cabinet of Curiosities is a tale in which time comes to a complete stop, transporting the audience inside a fantasy world where everything is possible.

In this realm set in the latter half of the nineteenth century, reality is quite relative indeed as our perception of it is utterly transformed.

Since its debut, critics across North America and Japan have been raving about KURIOS – Cabinet of Curiosities.

In an alternate yet familiar past, in a place where wonders abound for those who trust their imagination, a scientist (“The Seeker”) is convinced that there exists a hidden world – a place where the craziest ideas and the grandest dreams await.

Out of his cabinet steps an international cast of 47 artists from 17 countries, a collection of otherworldly characters made up of world-class gymnasts, acrobats, contortionists, hand-puppeteers, yo-yo wizards, clowns, actors and musicians.

Together they turn the Seeker’s world upside-down guided by an energetic gypsy jazz, electro swing soundtrack.

M1 Limited (M1), who first introduced Singaporeans to the captivating and fascinating world of Cirque du Soleil is celebrating their 20-year partnership with the Canadian phenomenon, and presenting another entertainment spectacular. KURIOS will be Cirque du Soleil’s sixth production under the Big Top to be staged in Singapore with M1 as the presenting sponsor, after Saltimbanco in 2000, Alegria in 2002, Quidam in 2005, Totem in 2015 and Kooza in 2017.

“Since 1999, M1 has been proudly presenting Cirque du Soleil’s Big Top experience in Singapore, starting from Saltimbanco through to Kooza in 2017. This year, we are delighted to celebrate our 20th anniversary in collaboration as KURIOS’ presenting sponsor, and to yet again bring this thrilling experience to Singapore and our customers.” said Mr P.Subramaniam, Chief Marketing Officer, M1.

Priority booking for M1 customers is available via SISTIC or at www.m1.com.sg/m1kurios, and tickets to the public will be available from 28 January via Sistic, at cirquedusoleil.com/kurios, or over the phone at +65 6348 5555.