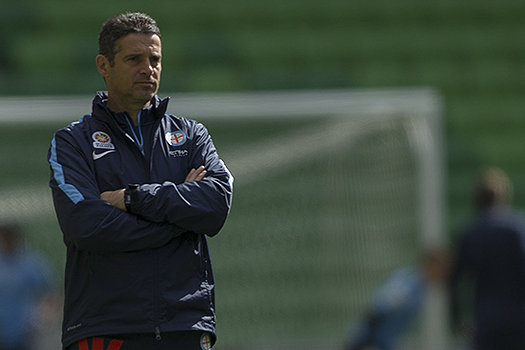 Just in case you went ‘Joe Palatsides who?’, you are not alone.

We were wondering the same and if his name should be pronounced as Pa-lat-sides or Pa-lat-see-dez.

Guess we will find out soon as it has been reported in the Straits Times that the Australian may land the role of Technical Director, a role left vacant by Michel Sablon.

The report stated that the appointment was ‘in the pipeline for several weeks whilst contracts were agreed and VISAs organised.’

Australia’s Professional Footballers Association CEO Didulica said: “I’ve no doubt that with the journey he’s been on – as an elite player here and abroad having coached in Europe, having coached here in Australia and Asia, to have access to the IP from the City Football Group – that he’s got all the qualities and knowledge that’s needed in a place like Singapore.”

Palatsides recently left Australia’s Melbourne City as its assistant coach and was also Melbourne City’s National Youth League coach and guided them to titles in 2015 and 2017.

A check on wikipedia reveals the following about Palatsides.

Guess we will know in a few hours at 5pm if the story on the Daily Football Show was #fakenews.

Do you have an opinion of this story? Write to us at opinion@themonitor.sg