Delivery boy. Odd job worker. But he is now a professional muaythai fighter. 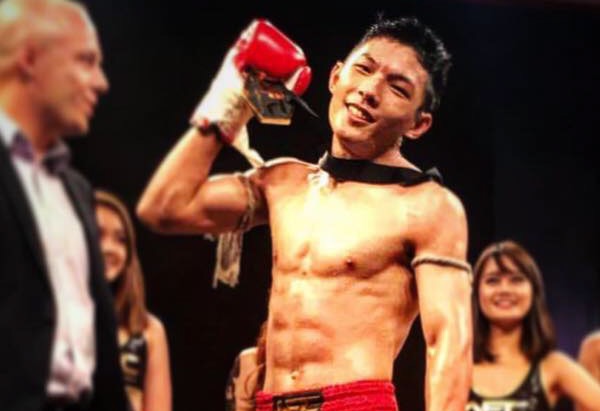 Brandon Ng is not your ordinary Singaporean.

At 24, he is already living his teenage fantasy of being able to smash and kick in the muaythai ring.

His story is one of passion, and of the power of visualisation.

Fighting under the Muse Fitness Club umbrella these days, he is now preparing for his bout at the ALL-STAR Fight Elite Fighter event in Hong Kong on 21 May.

He is the only Singaporean fighter on the fight card and will take on Trijak Sitjomtrai in the 65kg weight class.

Ng recalls very vividly how he got into the sport of muaythai.

“I used to watch lots of Muay Thai fights on YouTube on my brother’s computer, and I always wondered what it would be like to fight at the Lumphinee Stadium. Buakaw was my favourite muaythai fighter and I used to want to be like Buakaw all the time,” he reminisced.

Ng also recalled how he used to spar in the toilets at the Assumption English School, sometimes for fun and sometimes to “settle matters” with other school mates.

“It was an Ah Beng thing, to settle scores in the toilets at school. So, I used whatever I learnt through watching fights on YouTube and used my moves,” he said.

He also remembered how he was then guided into training more seriously as a muaythai pugilist by his counsellor Justin Mui.

“I used to turn up for my counselling sessions all sweaty. It was then that I was referred to a gym where I could train,” said Ng who is the middle child in a family of three brothers.

But he couldn’t afford to pay for the training and almost had to stop lessons until he had a stroke of luck.

“I was not able to sell the school’s donation draw tickets which we were supposed to sell, and had to use my pocket money to pay for the tickets. But one of the tickets then won me a few hundred dollars and I was able to continue the training,” he remembered with a smile on his face.

After barely making it past his ’N’ Levels, he then enlisted at the ITE West in Choa Chu Kang and pursued a certificate in multimedia technology. He admits that he never paid attention in classes and can’t even recall how he finished his course.

“I had no interest in the course at all because it was my mother who enrolled me in the course. So I don’t even know how I managed to finish it and pass,” he said.

And in order to continue to dreams of fighting in the muaythai ring, he also took on various odd jobs just so he could train and compete.

Some of these jobs included delivering flyers in the CBD and also getting involved in food delivery.

“I did whatever I could just so I could continue my passion for muaythai.”

These days, he is living his fantasy, as he lives and breathes muaythai.

He was on the cards at the inaugural Asia Fighting Championship muaythai spectacle held in September 2017, where he managed to get the better of South Korea’s Choi Hoon.

He is also expected to be on the cards during the Asia Fighting Championship’s Kuala Lumpur date in August.

For now though, he is just working hard and looking forward to the Hong Kong event, where his childhood idol Buakaw is also on the cards.

“Buakaw is an inspiration, and I hope I can find some time to get a photo with him while in Hong Kong.”