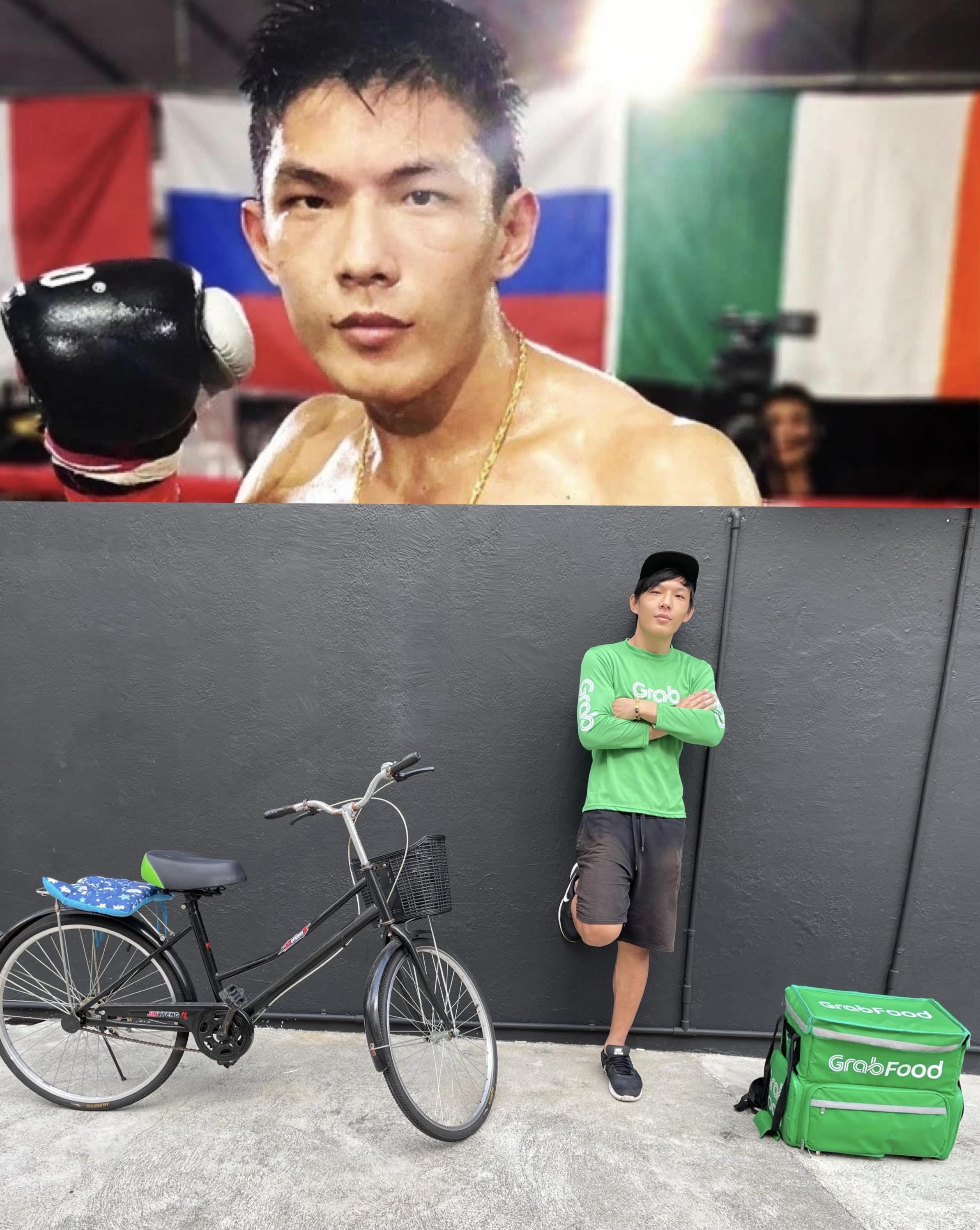 Today, as a result of the Covid-19 pandemic, he has quit the sport and delivers food for a living with GrabFood.

Ng is one of Singapore’s most recognisable faces in muay thai.

Prior to that, he had also picked up a title in the 66kg category at the Asia Fighting Championship 02 event in Malaysia in 2018, and was a regular in the muay thai circuit in Thailand’s Lumpinee Stadium and other venues in Bangkok.

In an interview with TMSG, the 26-year-old said that he had no regrets at leaving muay thai.

“I think I was quite drained from it, the trainings, I have no regrets.

“Actually I gave my best, I gave my all, all my effort, everything, so I got no regrets.

“But I miss the adrenaline, the excitement, of the in-ring stuff but not the training.

“The training was quite boring at times so I actually don’t like the trainings.”

Despite his wins in the muay thai circuit, Ng said he didn’t make it as far as he would have liked, but had no regrets.

“In terms of like achievements, I strived but I didn’t make it which is why I am where I am now.

“But I did my best and I actually enjoyed the sport and I, it is my passion.”

As a delivery rider with GrabFood, he makes deliveries to areas around Geylang, where he lives and “chiongs” every day for as long as he isn’t tired.

“Sometimes, I wonder how the old uncles can take it because it can be quite siong to deliver non-stop,” he said.

Among the more interesting requests he has received as a delivery rider include having to pick up cigarettes and condoms for customers.

“It was ok, and I didn’t mind buying the condom for him as I did not want him to contract a sexually transmitted disease.