He collapsed and was hospitalised a day before the weigh-in but Singapore’s Brandon Ng still made it to his muaythai bout. 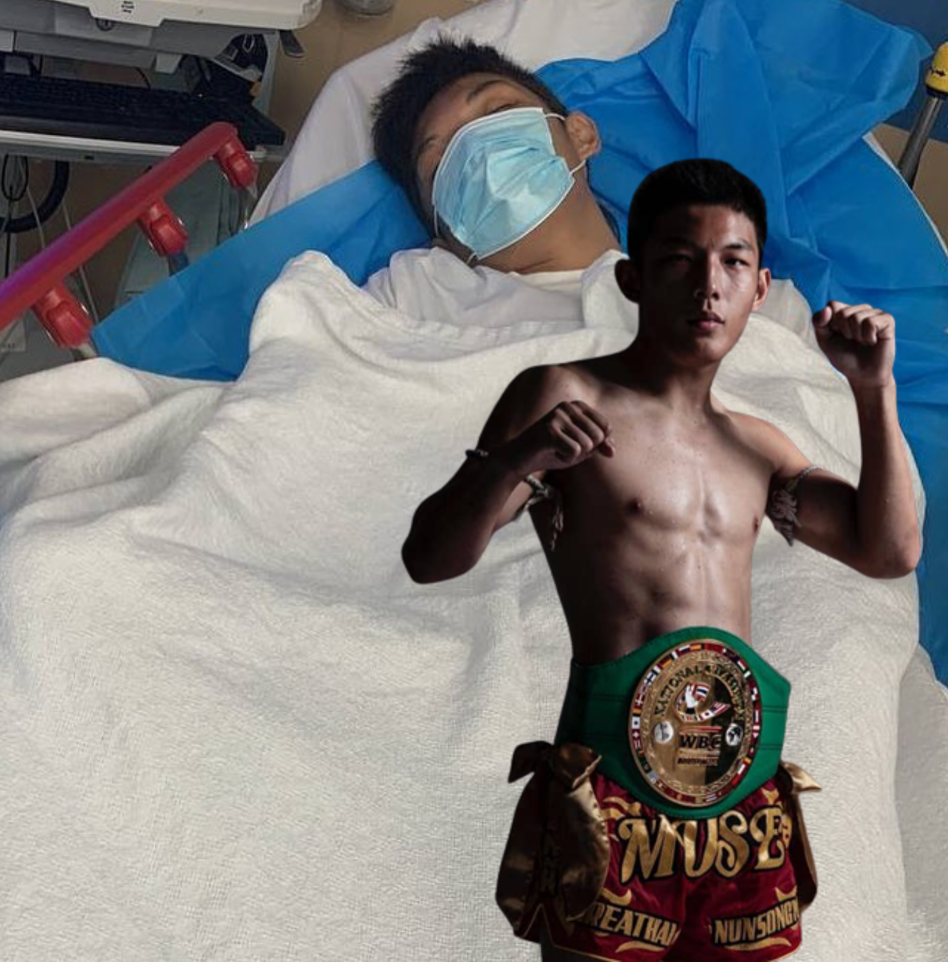 He was en route to possibly becoming Singapore’s first World Boxing Council MuayThai International welterweight champion but luck and a severe infection caused him a serious go at the title.

Having trained in Thailand for a month to prepare for the title fight which was held on 5 November at the Royal Thai Embassy, Singapore’s Brandon Ng unfortunately caught a bug when he returned from Thailand.

And while in the midst of his training regime, he collapsed at home on 3 November at around 10.20pm and was taken to Tan Tock Seng Hospital.

CCTV footage from inside his home showed paramedics helping him out of his home on a stretcher.

He also posted a photo which showed him under the blanket at TTSH.

However, with the weigh-in scheduled for 4 November at 2pm, Ng asked to be discharged from TTSH.

He revealed that he was asked to sign off on a waiver for the discharge as the doctors had wanted for him to stay in the hospital a little longer to run more tests.

Unfortunately, he did not make the weight but decided to go ahead with the bout.

“I decided to go ahead with the fight, as cancelling it would not have been ideal for the event and Singapore’s reputation,” he said.

At the expense of his safety and wellbeing, unfortunately.

In his bout against Australia’s Damon Nelson, he was still in his element, was throwing punches, but was still feeling the strain of the shivers while still running a fever.

And as the second round was about to begin, Ng’s corner signalled for the referee to stop the fight rightfully.

“I am thankful for the referee for understanding my situation,” said Ng.

A video from his bout was posted on his Instagram.

“Sometimes, we can be so prepared so ready for something. but some things are out of our control,” he said.

“The most important take away from this story, is that it is not about the end result but about giving our best, doing what’s in our control, accepting what is not in our control and embracing it.”

Ng, who is currently ranked among the top 18 WBC welterweights and goes by the name “Brandon Fisher8cap” as a stage name, added that even world class athletes can face adversities as they aim for the prize.

“It was really a very rough situation,” he said.