Bringing motor-racing to the masses drives the Legion of Racers. 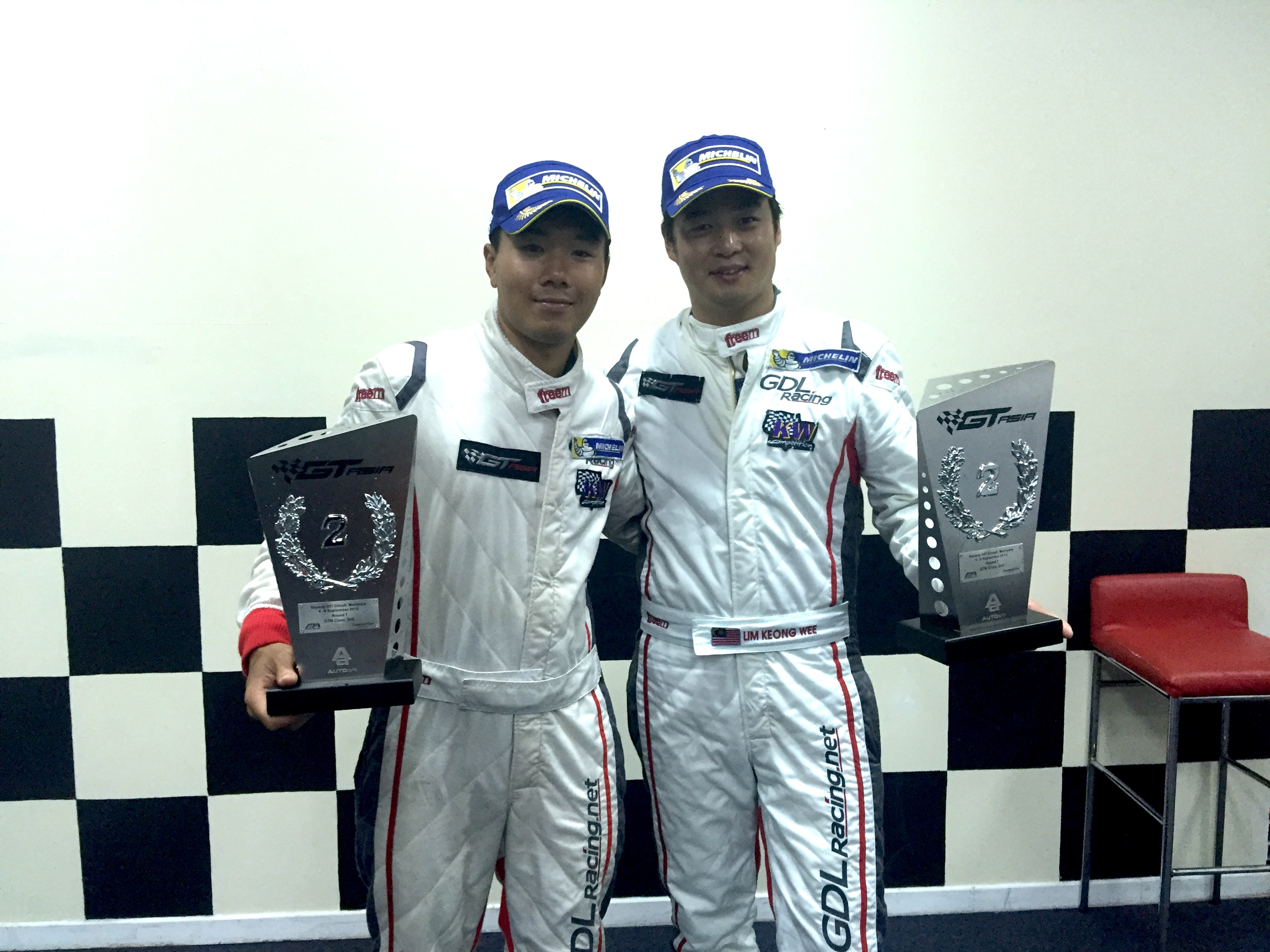 The one thing which immediately strikes you about both Lim Keong Wee and Melvin Moh is their passion for all things racing. From the moment one takes a seat with them, the conversation usually steers very quickly into the subject of motor-racing.

“Motor-racing has been a passion of mine for many years, ever since my father brought me to the Sepang International Circuit in 1999,” said Moh who is a professional,” Moh says.

“Ever since then, I have only lived and breathed motor-racing,” said Moh who is a driving instructor in the AMG Driving Academy.

Moh started racing go-karts competitively a few years after that visit to the Sepang circuit in 1999 and at the age of 14 in 2002, he participated in the Malaysian Rotax Max Challenge in the Junior category. A year later, he won his first kart race in the Yamaha Category, ending up as the champion that year.

That was only the start of what has been an illustrious career in motor-racing. In 2006, Melvin was one of the 10 Malaysian drivers selected for the Petronas Formula Xperience program. Not only did he come out on top, Melvin also received a scholarship from Petronas to participate in the Formula BMW Asia Pacific championship the following year.

From 2006 to 2013, Petronas has supported Melvin in his racing career which saw him participate in various Formula and GT championships.

Moh and Lim first met in 2013 at a kart race, and have been racing together in the same team ever since. They car started participating in races together 2015.

But unlike Moh, who’s daily life revolves around race-cars and the track, Lim is an architect by profession. In 2004, he graduated from the University of East London with a Bachelor of Science and gained his Diploma from the Architectural Association School of Architecture in London in 2007.

He started his love affair with karting in 2011 and obtained his karting licence a year later. In the same year, he started competitive karting at the Singapore Karting Championships.

In 2014, he started participating in the Formula Cars – Asia Cup Series and ended the season as the Masters Champion. From 2015 to 2018, he participated in multiple events and races such as the Rotax Asia Challenge and GT Cars, and ended on the podium on multiple occasions.

And this was when Lim, along with Moh started chatting about the need to bring motor-racing closer to the community through e-sports.

“Motor-racing is a costly sport and will not be accessible to the average Joe and Jane. With this in mind, we felt that there was an opportunity to bring the thrills of motor-racing closer to the community through simulator racing, and hence the Legion of Racers was born,” said Lim, who is the founder of PAC, an architectural firm based in Singapore.

The rise of prize winnings and media coverage in esports tournaments such as F1 esports, I-racing championship and FIA GT Sport has provided a much-needed boost to motor-racing which is currently deemed as too elitist with high costs.

The world of SIM racing brings together online gamers who play in games such as Project Cars 2, GT Sports, Formula 1, Forza and Need for Speed.

The Legion of Racers brings these enthusiasts together to participate in a league which then helps us identify the top talents in e-motorsports. In 2018, three youngsters – Ar Muhammad Aleef, Jaden Low and Jason Tay were signed up as professional e-sports athletes with Legion of Racers after the a national competition which culminated at GameStart.

“With the rise of e-sports globally which has brought about an astronomical amount of following, the establishment of the Legion of Racers was also borne out of passion as well as a need to combine the best of e-sports and motor-racing,” said Moh.

“There was also a practical need to try and reach out to as many gamers and potential pro-racers as possible, and to help provide a cost effective entry into the sport of motor-racing,” added Lim.

Apart from the rise of e-sports, both Moh and Lim have seen how the gaming physics in racing simulation has developed so much such that the characteristics can feel very similar to real-life equivalent.

“Even Melvin and myself use Sims to maintain our driving skills and techniques,” said Lim.

“Racing simulation really helped me get up to race pace last year when I was competing in the Super Taikyu Endurance race in Japan. As an amateur driver living in Singapore, practicing on the Simulator helped bridge the gap in the lack of time to practice and access to a real race track locally,” recalled Lim.

After a successful inaugural start-up in 2018, the Legion of Racers (LOR) will start their hunt for the next pack of drivers who could represent Singapore in major events like the F1 Esports Championship and the Gran Turismo Championship, if they qualify.

The top three drivers from the 2019 Legion of Racers SIM Racing League hunt will be signed up as professional e-sports athletes and will also get real go-karting training as part of their journey to be better e-sports SIM racers.

The LOR have also managed to bring on board partners like BenQ, Logitech, Singapore Cybersports Online Gaming Association (SCOGA), Monster Energy and 9tro to support the 2019 run.

Added Moh, “It is our ambition to continue reaching out to the community at large, to give them an opportunity to be involved in motorsports, to experience the thrill of taking the wheel from the SIM racing perspective.”

Calls for registration will be held from 20 May onwards and will go on to end of September 2019. Members of the public will also be able to participate in Legion of Racers 2019 season such as Campus Legends (in association with SCOGA) and Gamestart (in association with MonsterEnergy drinks).