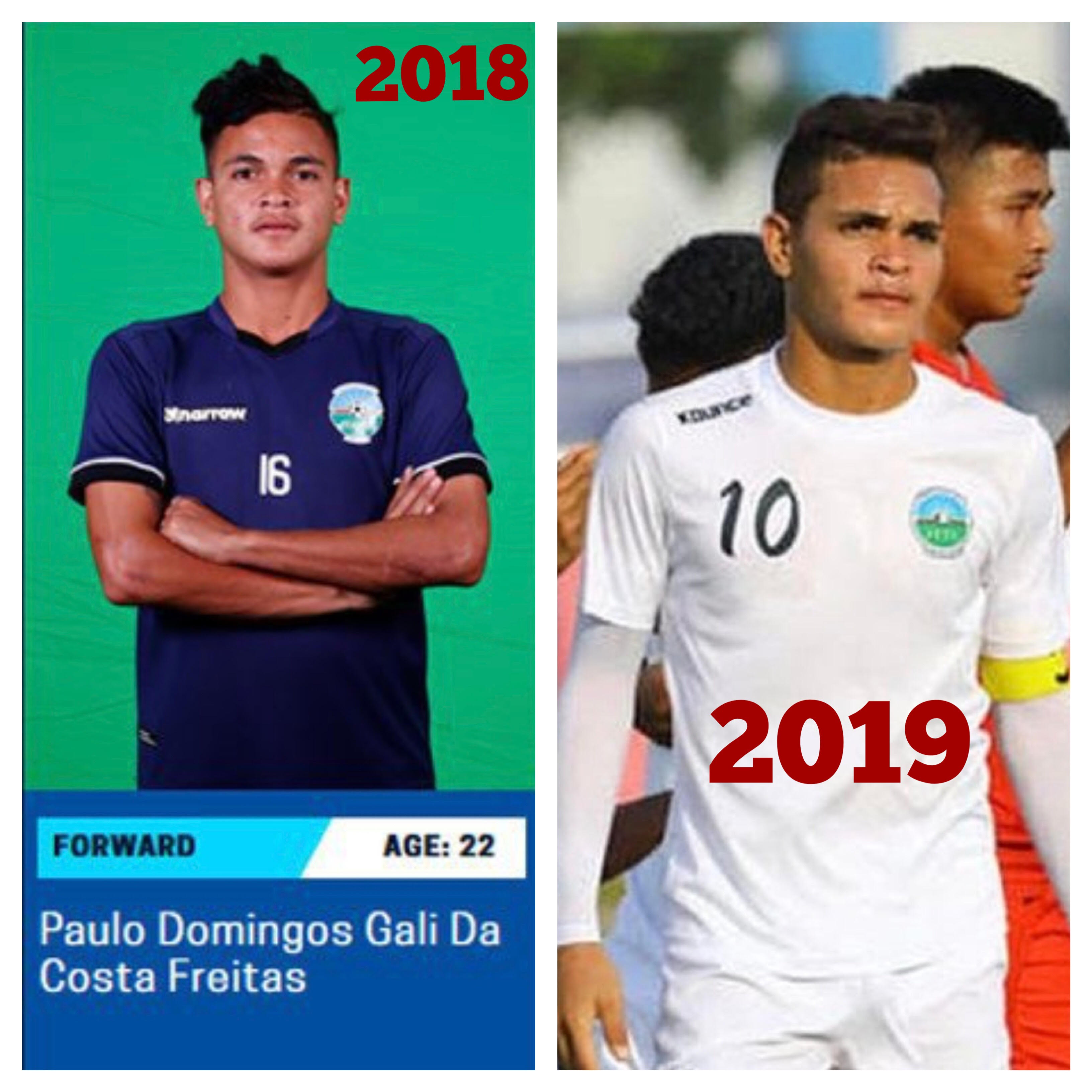 Singapore and Myanmar have filed protests against the eligibility of a Timor Leste player who has been playing at the ongoing ASEAN Football Federation (AFF) U15 tournament in Chonburi, Thailand.

Both Singapore and Myanmar are accusing Timor Leste forward Paulo Freitas as being overaged, and at least seven years older than his declared age at the tournament.

Freitas featured at the AFF Suzuki Cup 2018 tournament as a member of the Timor Leste squad and had also started in its match against the Philippines.

He was then apparently 22-years old.

See profile of Timor Leste squad from the tournament here on the official Suzuki Cup website.

The player had also put up a post on his Instagram @gallyfreitas18 on 18 March 2019 showing himself wearing a number 18 with his initials P. Gali on his back when he started the AFF Suzuki Cup 2018 match against Philippines a few months prior. Freitas’ full name is Paulo Domingos Gali da Costa Freitas.

Which means that he started representing the Timor Leste national team when he was about 14-years-old.

His account is now private but not before it was picked up by eagle eyed netizens.

On TransferMarkt, a website which keeps data of footballers, Freitas is said to be born in December 1996.

However, despite having the player registered as a 22-year-old in its own tournament less than a year ago, the AFF has stunningly dismissed the protests mounted by both Singapore and Myanmar.

In a statement, the AFF said that its “Ad Hoc Disciplinary & Ethics Committee ruled that the protest lodged by Myanmar and Singapore was unfounded and dismissed accordingly.

“The ruling comes after a thorough and conclusive investigation by the AFF, based on the evaluation of documents and medical reports.”

Timor Leste was knocked out of the competition after the final round of group matches after a 1-0 loss against Vietnam.

Timor Leste had also beaten Singapore 4-0 in a group match, with Freitas scoring twice in that match.

He is probably right.

Have a view about this story? Write to us at opinion@themonitor.sg