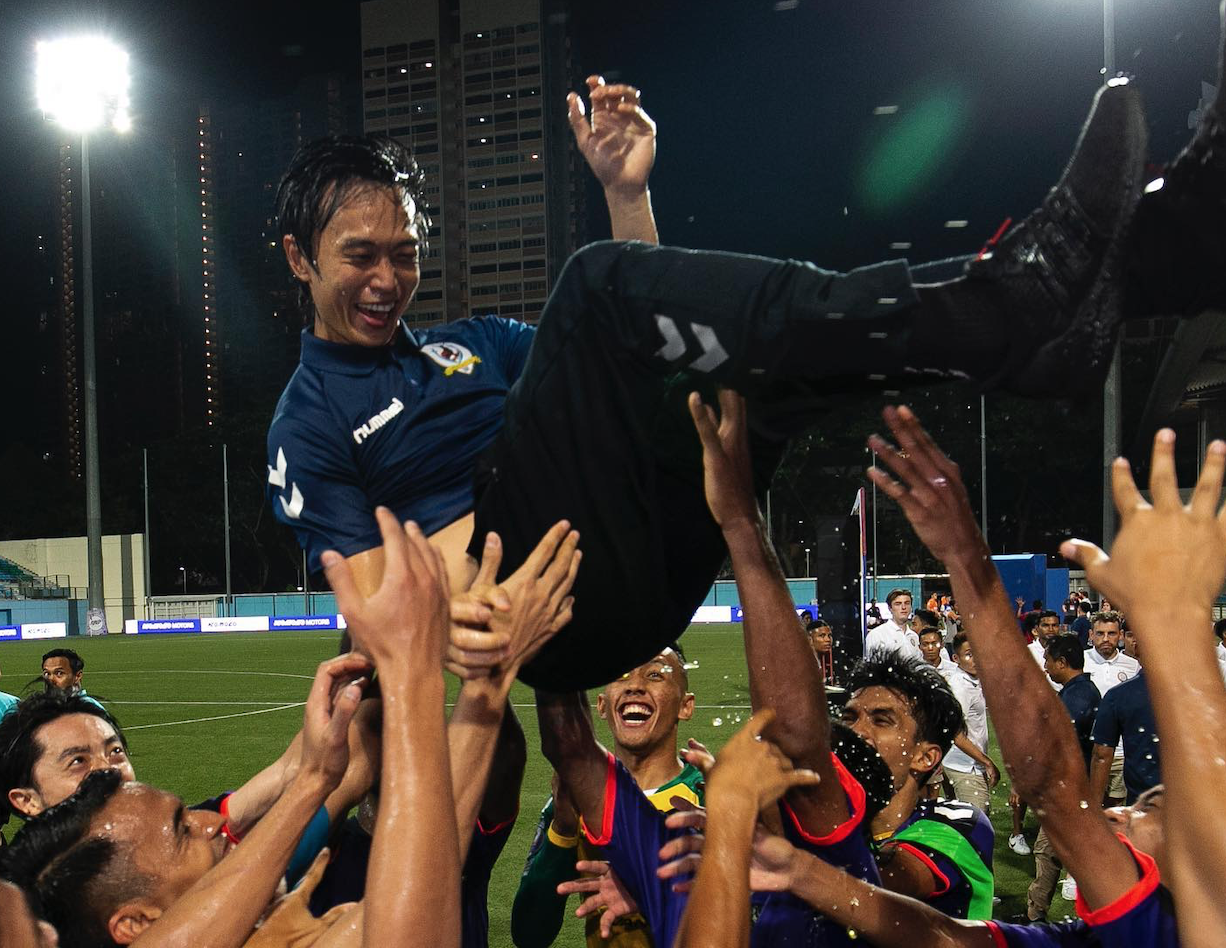 It is only his first season as coach of Tampines Rovers and some even doubted if he had enough experience under his belt to lead the Stags towards any kind of silverware in his first season in charge.

But the 28-year-old has silenced his critics with a trio of accolades for 2019.

He helped Tampines Rovers to finishing second in the league, and helped secure a place in the Asian Football Confederation Cup.

And on 2 November, his mighty Stags capped off the 2019 season with a 4-3 victory over a resurgent Warriors FC to lift the Komoco Motors Singapore Cup.

It was the Stags first cup victory since 2006 and the first win by a Singapore club since 2014 when Balestier Khalsa were Cup winners.

In comments to The MonitorSG, Lee said that he was “very proud of the efforts and progress of the team and players over the whole course of the season.

“It has been pleasing to see how we have continued enjoying what we do and how we do it on the pitch,” he said.

He added that every event in the course of the season, from dropped points to almost missing out on the AFC Cup helped shaped their response as a team.

“These moments shaped us, made us a lot wiser and stronger. This was probably what gave us an edge in last night’s final too.”

The Stags will return to training in December to prepare for the 2020 season, with the AFC Cup on the horizon.