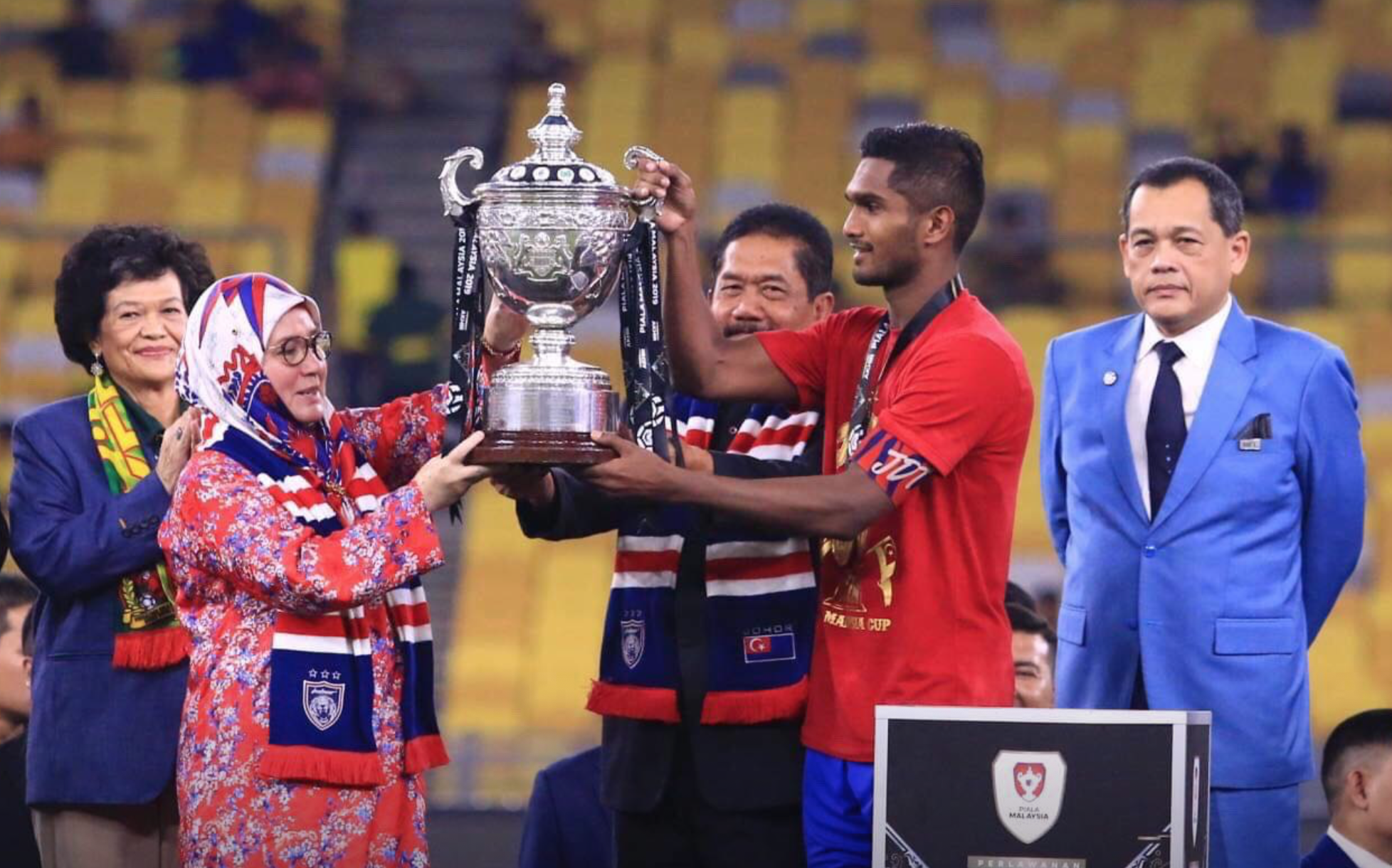 While all eyes were on Kedah’s Singaporean coach Aidil Sharin as he led the hijau-kuning to the Malaysia Cup final, it was unfortunately not the fairy tale ending which many were hoping for.

At the end, it was Johor Darul Takzim (JDT) who grabbed the headlines as they emerged 3-0 winners in front of more than 80,000 fans at the Bukit Jalil National Stadium.

JDT’s Singaporean skipper Hariss Harun, who picked up his ninth title in JDT colours over the last six years, told TNP, “First of all, credit to the team because on the night we were so strong mentally and physically and rose to the challenge.

“It has been a long season for us with a lot of travelling because of our matches in the Asian Champions League. For me, the hunger is always high. I want to win whatever is ahead of me.”

The victory in the Malaysia Cup was Hariss’ first in his time with JDT.

When they last picked up the Malaysia Cup in 2017, Hariss was on loan to Singapore’s Home United.

Kedah coach Aidil Sharin admitted it was always uphill for his side as three of his key players – Rizal Ghazali, Renan Alves and Fernando Rodriguez – were all missing out.

“The boys gave everything but it’s football and I don’t blame them.”