7-0 finish against Brunei but it’s too late. 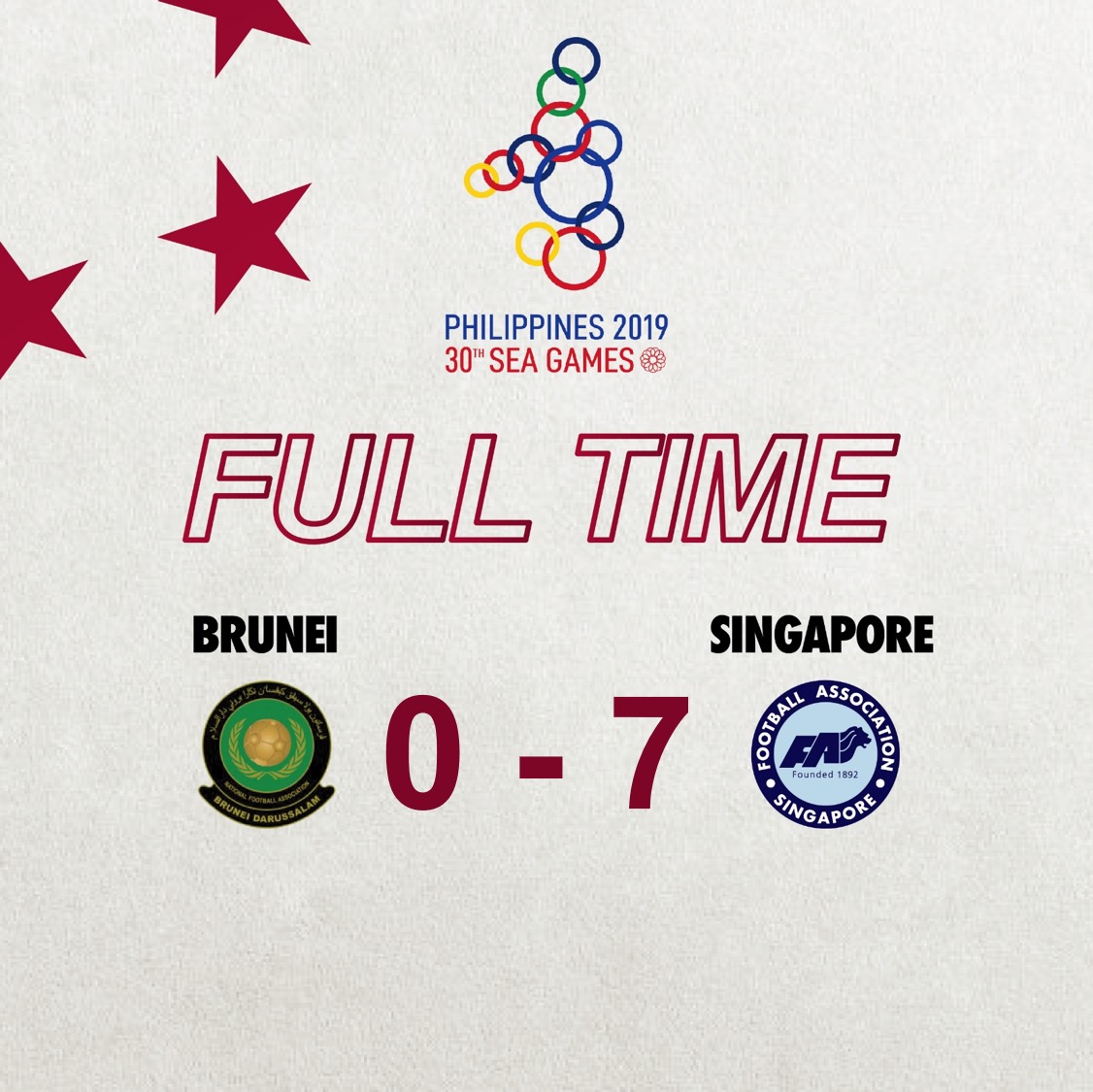 After not being able to score a single goal in the first four matches against Laos, Indonesia, Thailand and Vietnam, the Young Lions put seven past Brunei at the Rizal Memorial Stadium.

It was however, too little and too late for the team as they will head back to Singapore after being eliminated from the competition.

The Young Lions finished second from bottom in the group, with four points.

It is the third SEA Games competition in a row that the Young Lions have been sent packing at the group stages.

The Young Lions last won a bronze at the 2013 SEA Games.