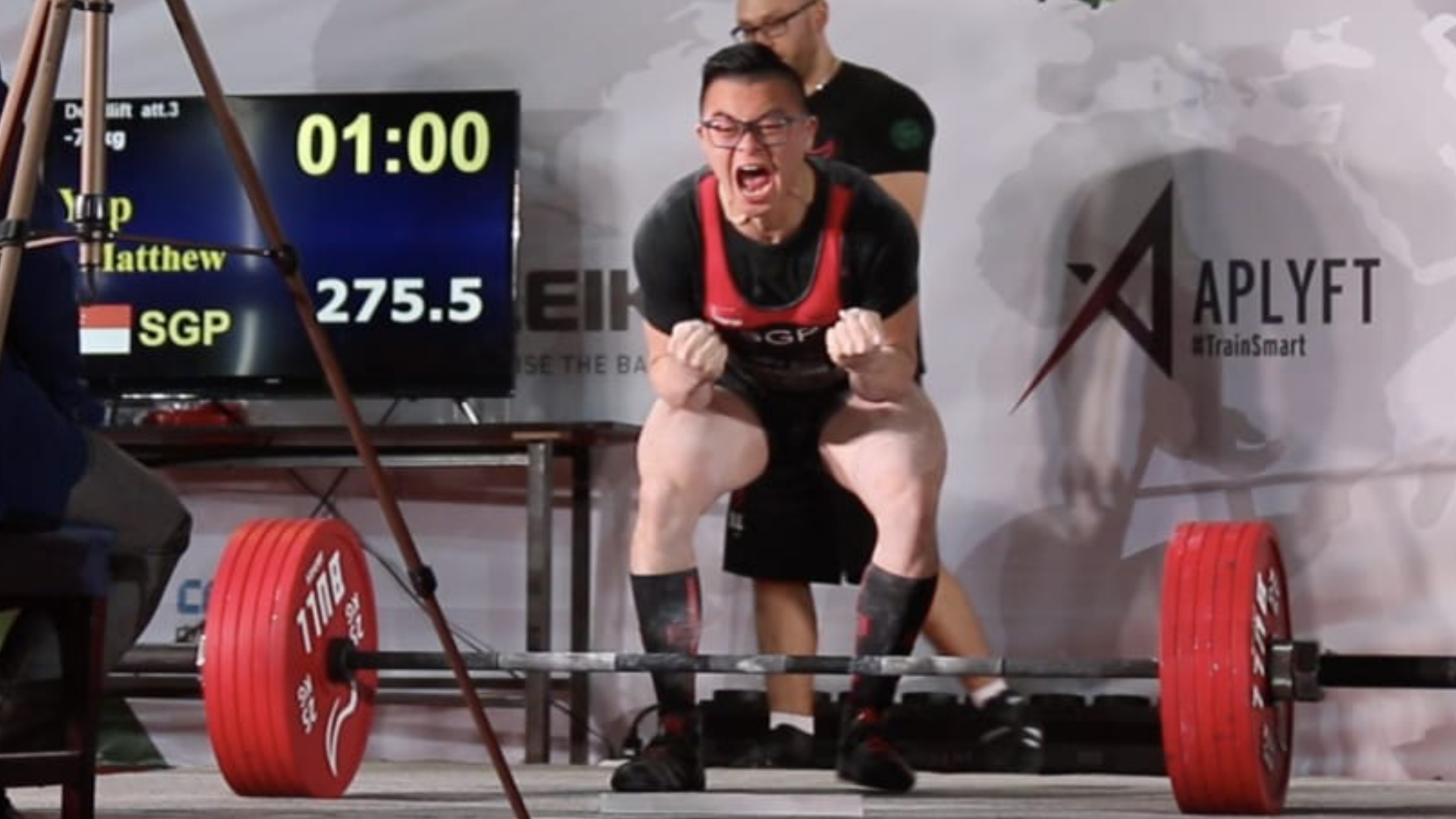 Singaporean powerlifter Matthew Yap has picked up four gold medals at the Asian Classic Powerlifting Championships 2019 being held in Kazakhstan.

In the Under 74kg Junior Category, Yap struck gold in the following categories:

This year’s win marks his fourth consecutive win at the Asian Champs.

He competed alongside four other lifters in his category.

Said Yap, “Coming into the competition having already 3 titles was pressuring and this would be my fourth.

“I’ve finally surpassed my coach and elder brother, someone I look up to who got me into this sport.

“Coming in with a knee and shoulder injury, training did not go optimal but mentally I was ready. My third Deadlift attempt was for the Asian record as well as the Total record. Breaking the Total record means I am the strongest in history of the Under 74kg class in Asia.

“This competition, I had a different aim. I had 4 of my very own athletes I’m coaching competing with me on the Asian platform too. This was a whole new experience and I’m proud to say that I’ve raised an Asian champion.”